ABOVE: Britney Spears, probably the quietest gay-icon diva on LGBTQ issues, piped up with some Pride love. Listening to and watching this, yes, I appreciate that she said something, but no, I will never understand the appeal, other than: She was the most popular female singer when you were 12.

BELOW: Keep reading for Nicholas Hoult's feet, Mondaire Jones victorious, an ex-pro soccer player comes out, the real story of Aunt Jemima, just how gay I Love Lucy was and more ...

ABOVE: Space, the final front-queer.

BELOW: Keep reading for so many men (and plenty of time), more on the black man victimized in Central Park, a super insightful short film on the life of a trans woman and more ...

BELOW: Keep reading for quite a pair, Buttigieg's approach, Giuliani's Ukrainian adventure and new Madonna ... Together, we are strong. (Video still via CBS)

WASHINGTON — Led by the senators who represent Newtown, Connecticut—where a gunman fatally shot 26 people, including 20 children, in 2012—Democrats took control of the Senate floor Wednesday and vowed to keep talking until lawmakers start doing something about gun violence.

Their stand lasted for nearly 15 hours, before they declared victory, saying shortly before ending their filibuster at 2:11 a.m. Thursday that Senate leaders had agreed to votes on two measures to close gun-buying loopholes. 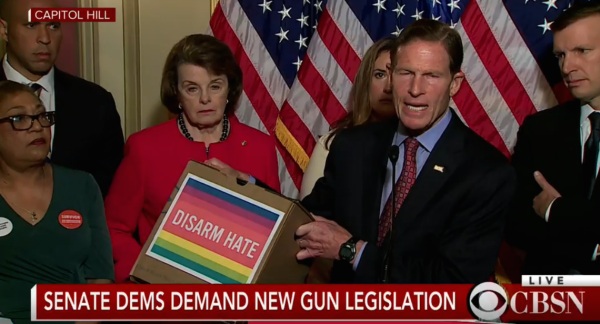 One is an amendment that would bar people who are on terrorist watchlists from buying guns. Another would crack down on online and private gun sales that evade background checks.

“It is our understanding that the Republican leader and the Democratic leader have spoken and that we have been given a commitment on a path forward to get votes on the floor of the Senate,” said Sen. Chris Murphy (D-Conn.), who spearheaded the filibuster-style takeover.

Click here to listen to a shooting survivor speak passionately about the need for change, and to hear Sen. Chris Murphy (D-Connecticut), the man who led the filibuster. 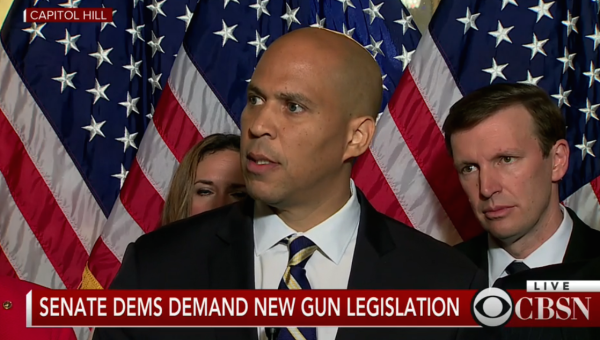 Sen. Cory Booker said the survivors are “not content to wait” for change. (Video still via CBS)