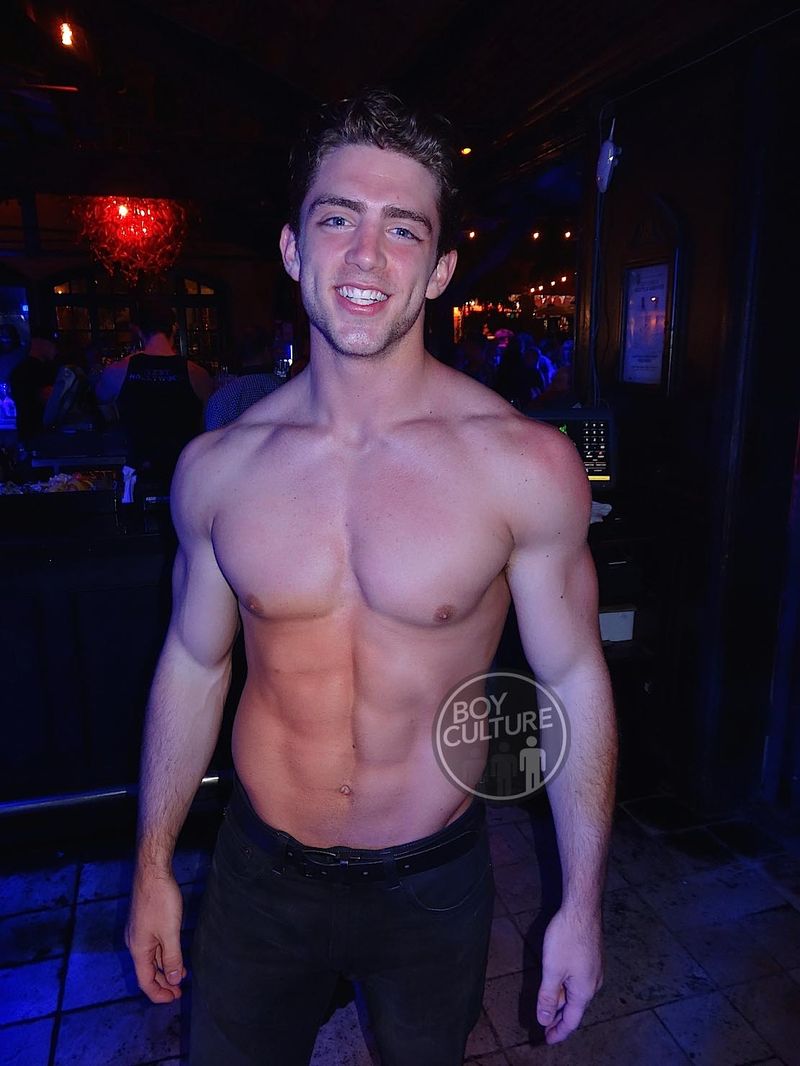 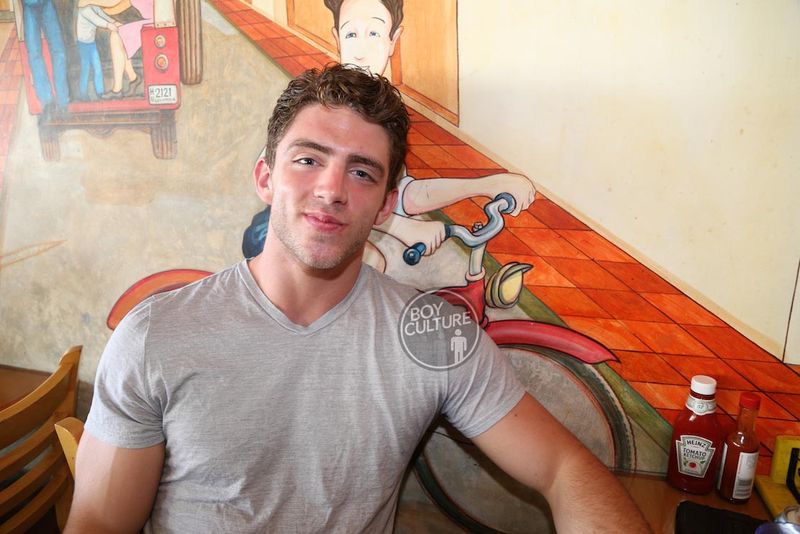 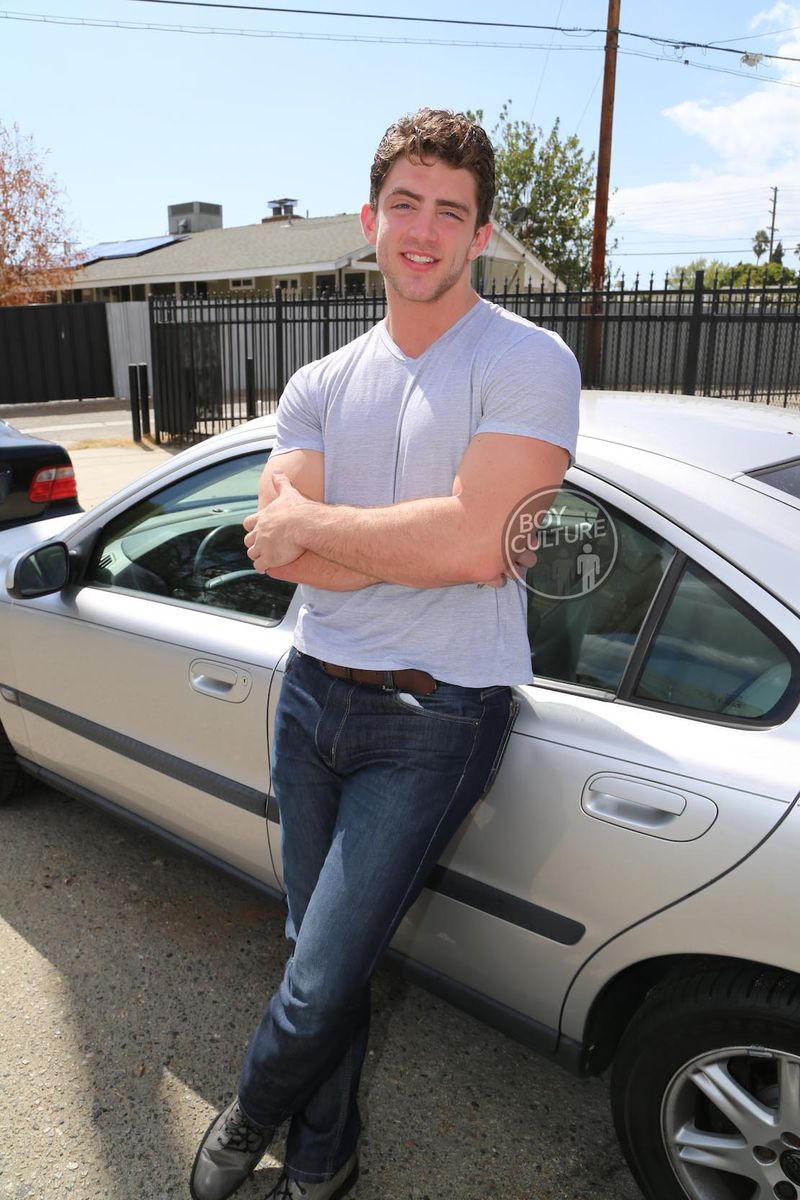 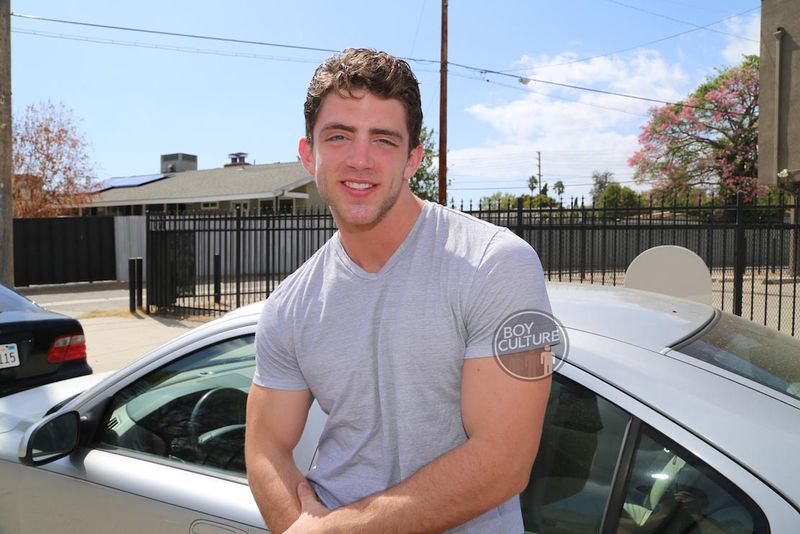 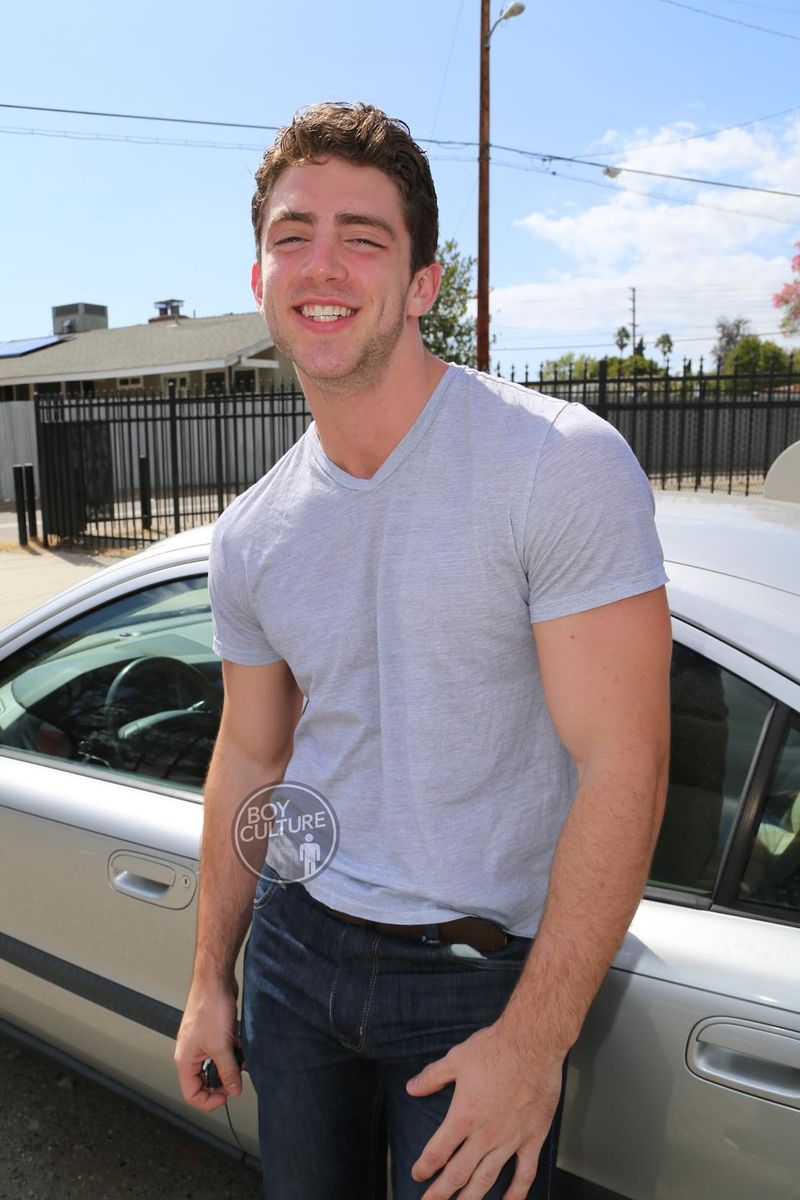 So people have been asking how I ran into Billy Reilich, aka “Nick the Gardener,” this past weekend in L.A. Truth be told, he's a buddy of mine, albeit one I was meeting in person for the first time.

Billy is in a mock boy band called The Cream Pies, a group that had my attention early on because one member is Stevie Brock, who was a kiddie solo artist I used to work with at the teen mag I edited. Billy caught my eye not only for his muscle mass, but also his sincerity. He is that rare combo of serious bodybuilder and down-to-earth dude, as humble as he is massive. 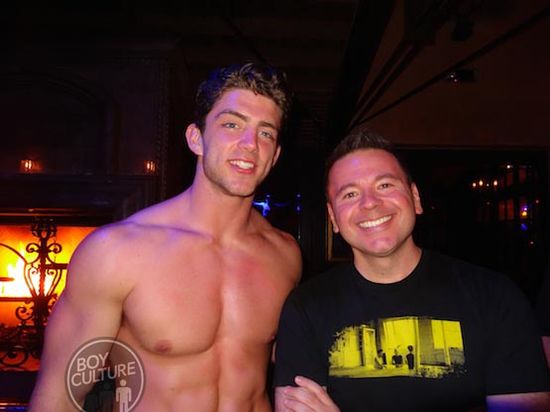 Had to go back twice to Billy's job to get the perfect shirtless pic-with! (Thanks to Todd & Tom)

After some online mentoring (he's straight, so that's about as intimate as it's gonna get!), I was finally able to meet up with Billy on my Burbank trip. 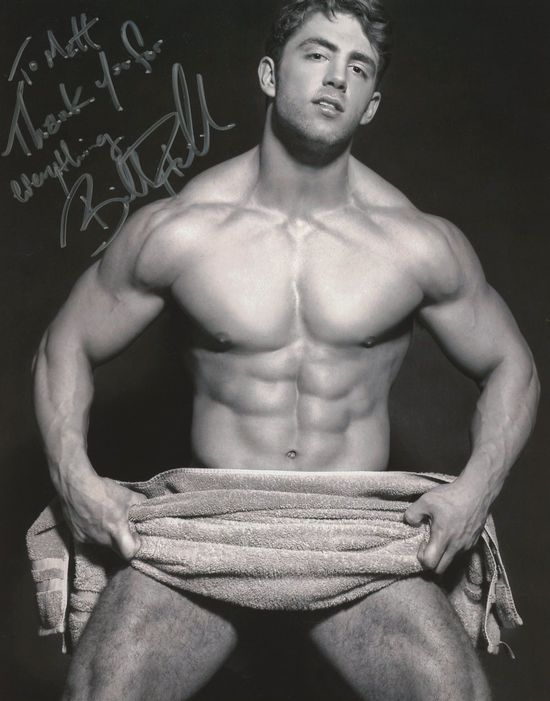 I took him to lunch for his 24th birthday the same week his Ellen appearances had come to a head—he's on the verge of a real shot at being in Magic Mike XXL and who knows what else. Lucky him—when a famous lesbian falls for you, you konw you don't have to put out! 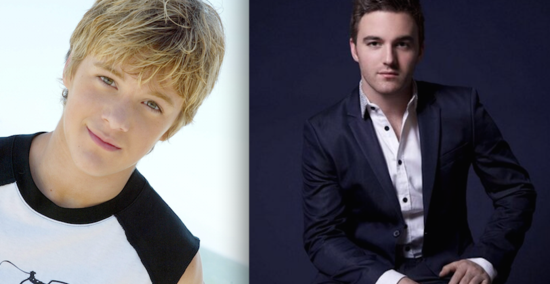 Billy's bandmate Stevie, as he appeared when I worked with him (L) and now (R)

In the gallery above, check out a few snaps I took of Billy at his night job and at our lunch. More (and better) coming if I get back out there in the near future. If I wait too long, I have a feeling he'll have become the next Channing Tatum and will be unavailable! “Nick the Gardener” (Billy Reilich) gets a big break from Ellen during this impromptu sketch on the show—his bitchin' bod belongs in Magic Mike 2, and even a lesbian realizes it. Watch below... 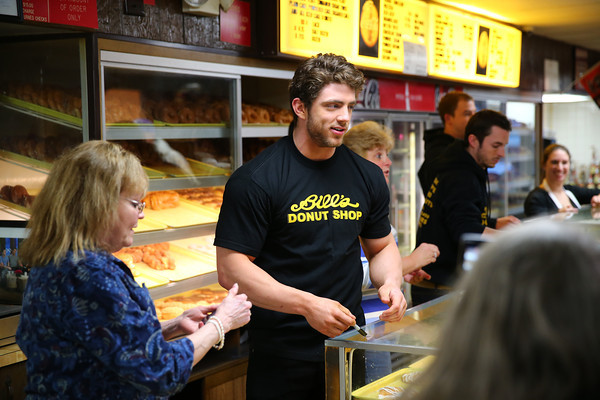 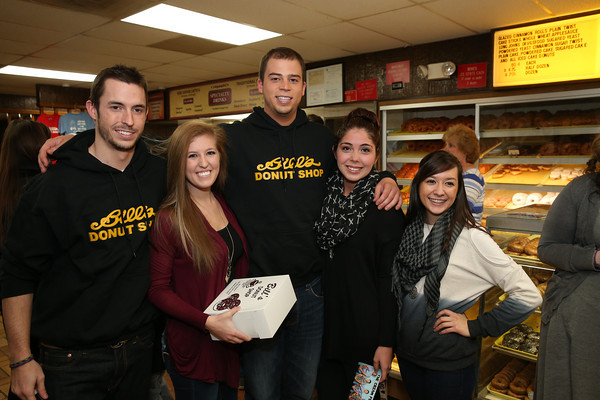 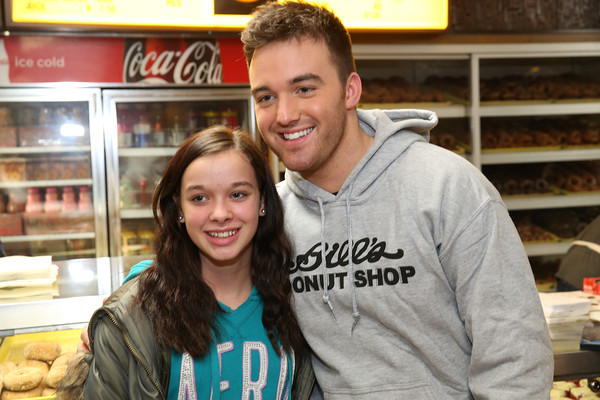 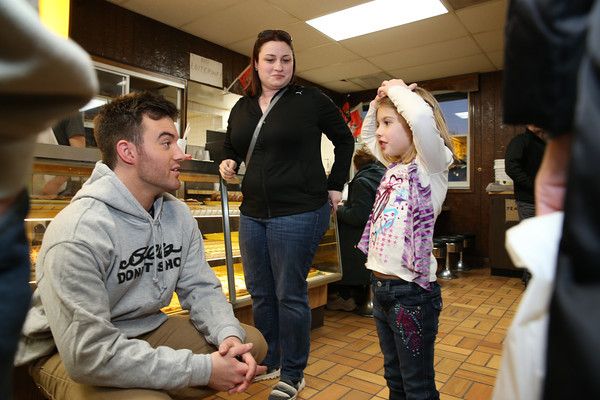 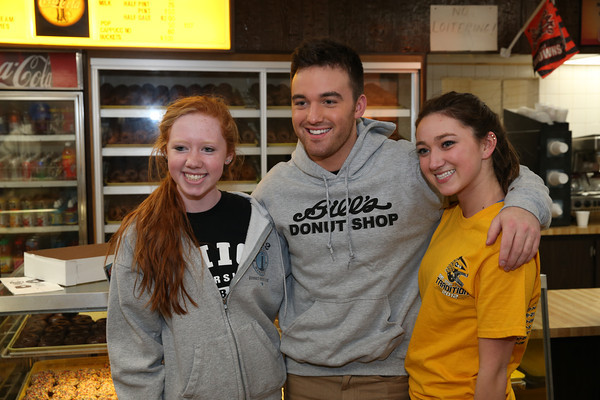 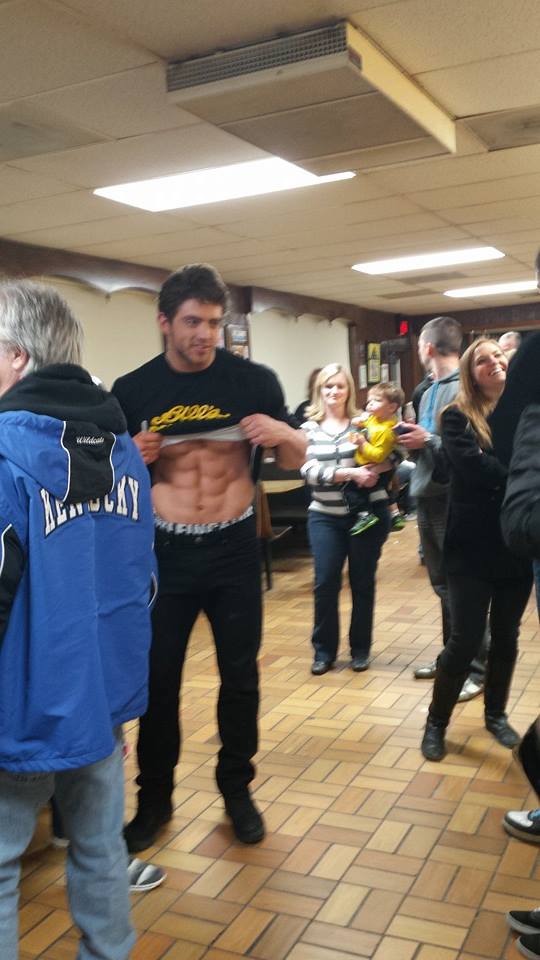 Those adorable Cream Pies made a public appearance last night, showing up at the place that started it all—Bill's Donut Shop in Centerville, Ohio. 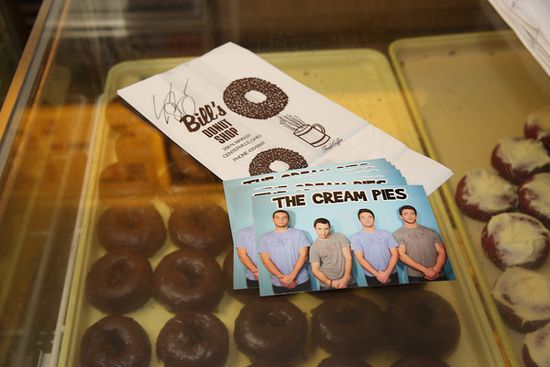 The boys met up with the fans they've cooked up since their Ellen appearance. Icing on the cake? Photo ops!