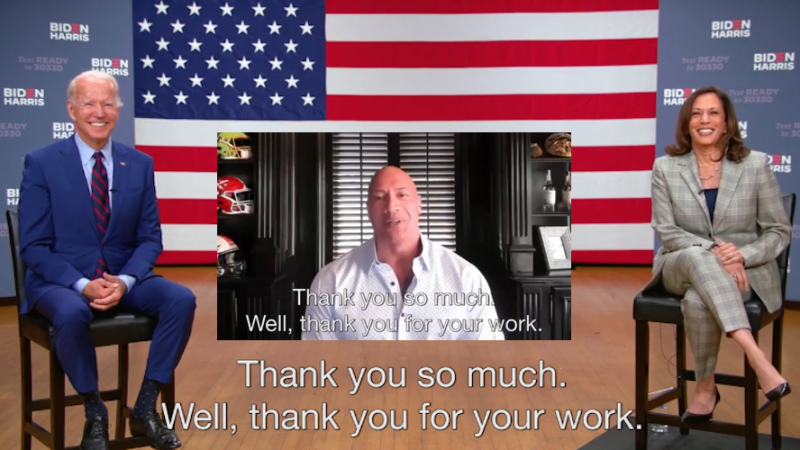 Yes, this is a big deal. (Images via video stills)

Dwayne “The Rock” Johnson is, yes, a movie star, but he has the kind of across-the-board likability of a Tom Hanks — and is, like Hanks, someone who has often been talked about as a possible future presidential candidate.

Now, Johnson is explicitly endorsing candidates for the first time, lending a full-throated endorsement to Biden/Harris in a new campaign video that is quite effective at pushing a Biden/Harris plank: TRUTH ...

Lad Bible: Mark Lester, of Oliver! (1968) fame claims he could be the bio dad of Michael Jackson's children, and that Madonna got naked to try to seduce Jackson.

Huff Post: Trump softens tone on Islam — in front of Saudi king. Back home, he's said Saudi Arabia was behind 9/11. His arms deal with the oppressive regime? Illegal.

Joe.My.God.: Report — Saudis giving $100M to Ivanka's foundation. How is this different in any way from Clinton Foundation accusations?! 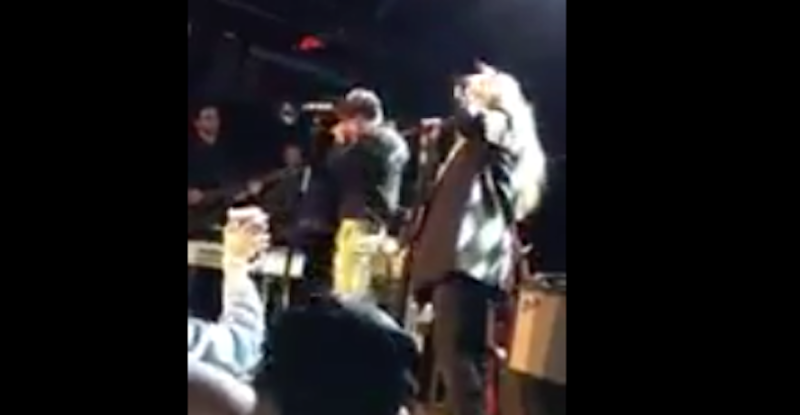 DListed: Watch and listen to a weepy Harry Styles duet with Stevie Nicks.

ExtraTV: The Rock on running for prez: “I'm in!”

2/ Look at this fucking guy's uniform. You see all that shit pinned all over his dress uniform jacket? That's not supposed to be there. pic.twitter.com/0QZlBxQjI8