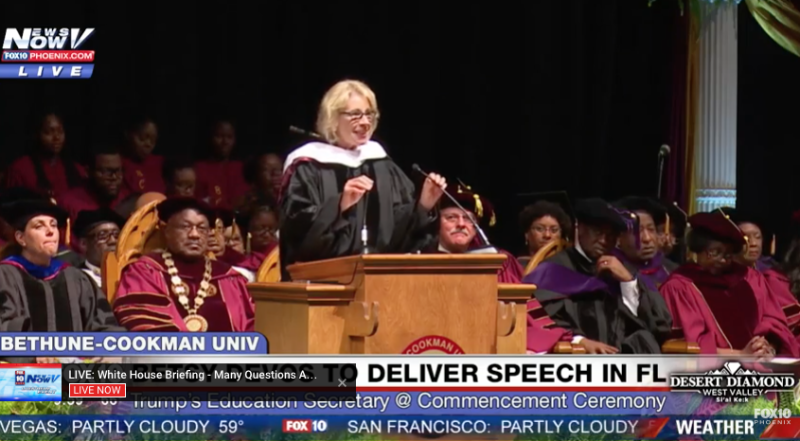 Secretary of Education Betsy DeVos spoke at historically black college Bethune-Cookman University today, at which she was roundly booed.

As the video shows, most of the staff members around her stood in defiance of the crowd and in support of DeVos — who represents an administration whose president just recently suggested funding for black colleges is unconstitutional.

The head honcho at the Florida university threatened to simply mail the graduates their degrees if they continued booing. If I were them, I would have continued booing. Fuck her, and fuck that sell-out staff. At least two hugged this reprehensible woman at the end of her hollow speech.

No, Betsy, we can not respectfully disagree. You and the administration you work for are the polar opposite of HBUs, period ... 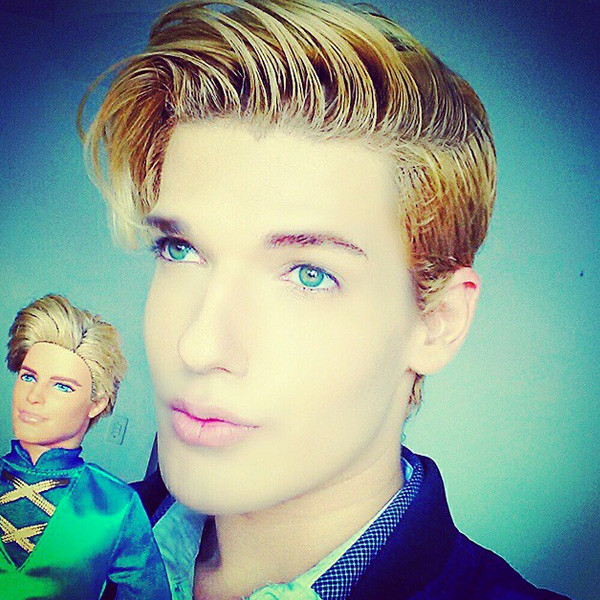