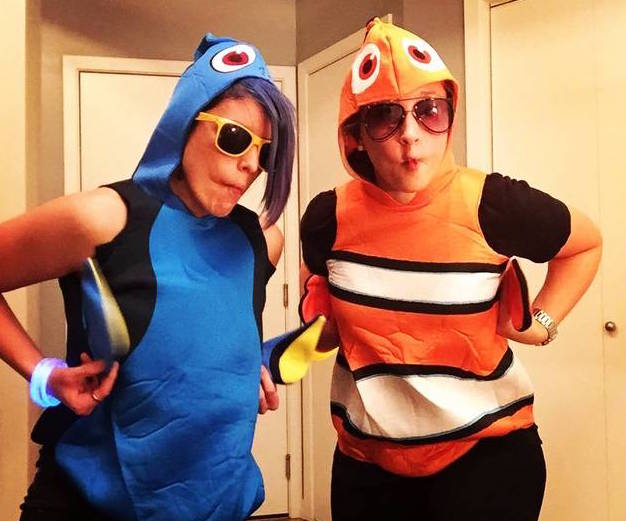 This photo was framed as being “sexually inappropriate.” (Image via Stacy Bailey)

Mansfield, Texas, art teacher Stacy Bailey was pulled from class after she showed her pupils family photos that included on with her fiancée, in which they were dressed as Disney characters Dory and Nemo. 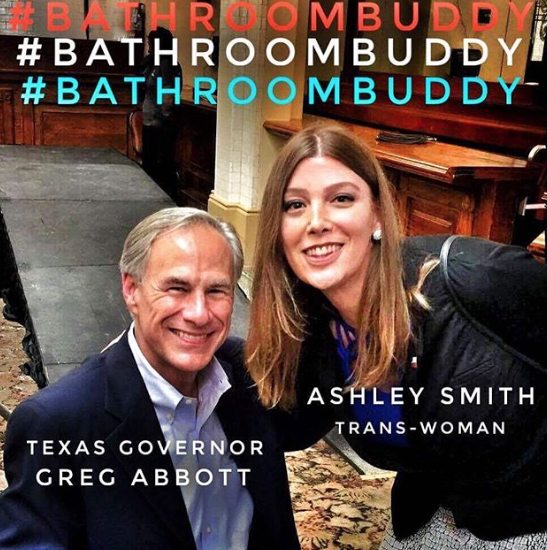 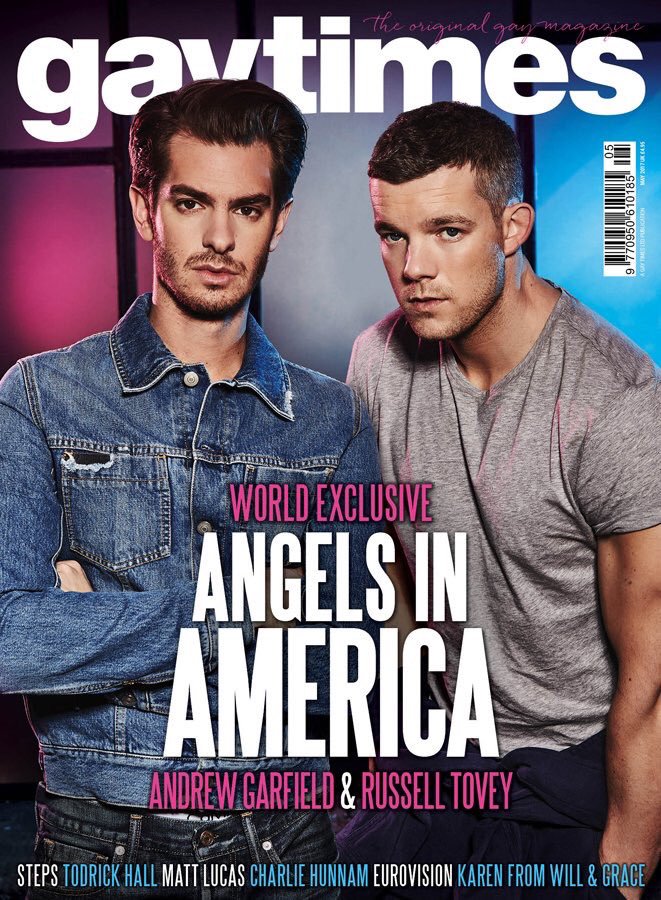 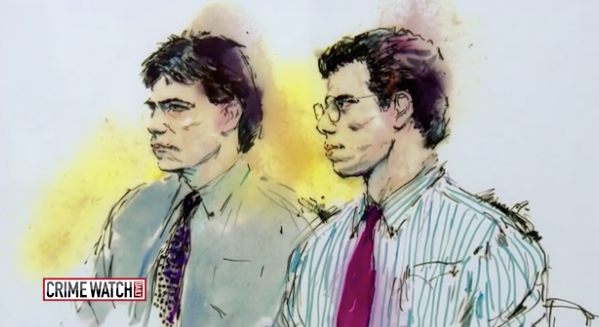 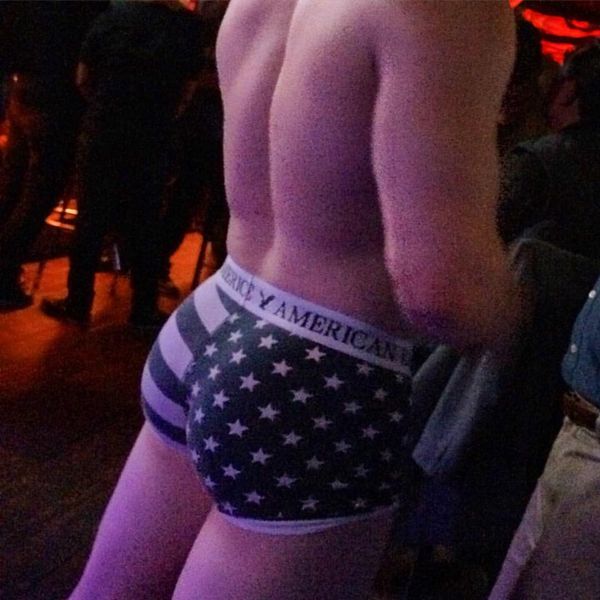 Check out Hillary's speech in San Antonio at the end of this post. 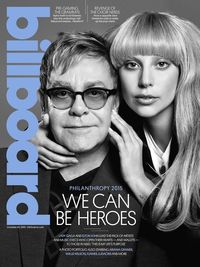 Drug CEO tries to buy time with Sanders, gets a NO.

Plea deal for former Speaker of the House Hastert.

Cody Deal prepares and eats breakfast in the raw.

Would you be pleased if a street artist did this to your wheels?

I was experimenting with some new ideas i had with my cannon camera in my basement gym tonight and liked how this one came out. #transgender #genderfluid #nonbinary #bigender #m2f #mtf #lgbtq #lgtbpride #lgbt #bodybuilding #powerlifting #beyou #beyourself #girlslikeus #girlswholift #girlswithmuscle #strength #strongisthenewskinny #blackandwhite #monochromatic

Meet Janae Marie Kroc, the trans bodybuilder who lost a lucrative endorsement deal not because she was about to come out as trans (she wasn't), but because the company knew she was trans and feared someone would find out.

With all of this controversy over MuscleTech dropping me because of being transgender let me clear up a few things that people are getting wrong. This happened several months ago and had nothing to do with me coming out. This happened prior to my triceps tear when I was still planning a powerlifting come back and had zero plans to come out or change anything. I only came out several weeks ago after being outed by that YouTube video. They dropped me simply because they were afraid that people might find out I was transgender.  Also I have been interviewed numerous times thus far and am only addressing this now because I was asked directly about it and because discrimination in all forms is wrong and I feel a responsibility to be honest about this.  I am not bitter toward MuscleTech, as I still count a lot of friends in that company and I do not hold it against them based on it being a business decision even if I feel it was a poor one.  And in the end this is turning out to be a positive thing for me as it is one less thing to hold me back from being open about who I truly am. https://www.youtube.com/watch?v=CjrMKF-_SGc #transgender #genderfluid #nonbinary #bigender #m2f #mtf #lgbtq #lgtbpride #lgbt #bodybuilding #powerlifting #truth #beyou #beyourself

Need To Know: Blond Girl + ENDA Discrimination As We Know It + Surprise: Shooter Was Nuts + Not-So-Incredible Hulk + Just Jealous That You Can't Be Nick + MORE! Comments (0) 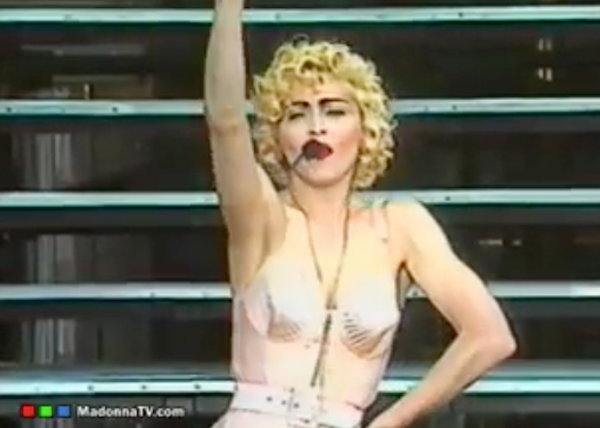 She raises a couple of good points!

Scooter LaForge licenses some of his brilliance to Blondie.

Black people simply are not up to Hulk Hogan's standards.

Some people think Biden would be a good Democratic candidate.

Nick Jonas brags on his very good year to Billboard. 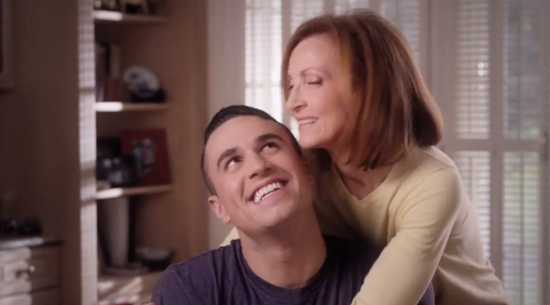 Nan Hayworth, a right-winger with a largely anti-gay record (she was on board with ENDA), is employing her son in her battle to regain her House seat in New York from Sean Maloney (D), who defeated her in 2012.

Hayworth's son says she's always been there for him and will always be there for us in a cloying ad that has some pretty laughable mugging as Hayworth hugs him.

Look, dude, your mother gets NO points for loving her child. Dick Cheney loved his gay kid, too, but that didn't stop him from being a part of the most virulently anti-gay administration imaginable.

In fact, it makes me all the angrier that this woman has a gay child and yet is a member of a political party whose platform has discrimination codified into it—just read it and weep. That's who your mother is. It's great that she cuddles with you, but intelligent gay people who aren't looking for her approval demand respect from and a commitment to equality from their elected officials.

The ENDA Is Near For Employment Non-Discrimination Comments (0)

The National Gay and Lesbian Task Force is withdrawing its support of ENDA, the long-suffering
Employment Non-Discrimination Act (meant to protect gay people from summarily being fired for who they are) in light of the Hobby Lobby decision.

“If a private company can take its own religious beliefs and say you can’t have access to certain health-care, it’s a hop, skip and a jump to an interpretation that a private company could have religious beliefs that LGBT people are not equal or somehow go against their beliefs and therefore fire them. We disagree with that trend. The implications of Hobby Lobby are becoming clear...We do not take this decision lightly. We've been pushing for this bill for 20 years.”

This is one result of too many religious conservatives on the Supreme Court. Let's start firing people for being Christian and see how quickly they understand the effects of unjust discrimination.