ABOVE: Drawn to him.

Alexandra Billings Schools Cameron Mackintosh On Trans Actors In The Theater: I AM AN ACTOR ... NOT A GIMMICK Comments (0) 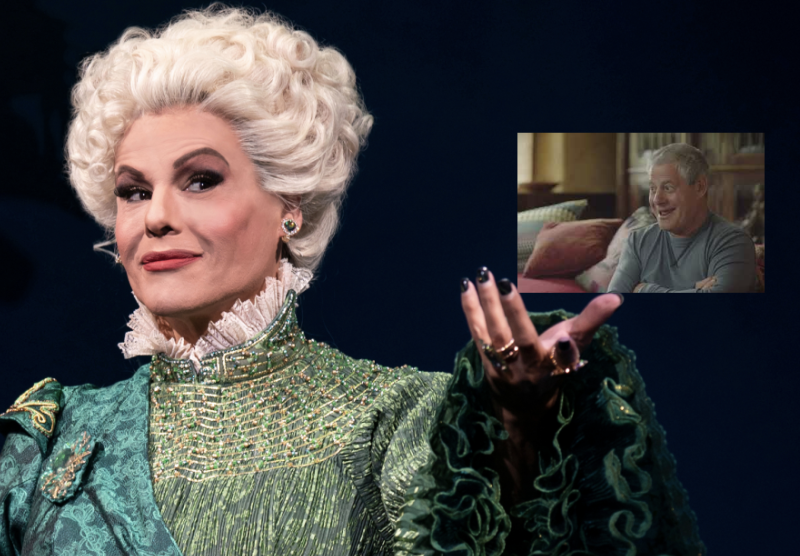 British theater legend Cameron Mackintosh — a billionaire who's never forgotten what it was like to stand in line for the cheap seats, guffaw — recently said in an interview that casting a transgender actor would “damage the integrity” of a classic show, calling it a “gimmick.”

Discussing his (pretty darn shitty) musical version of Mary Poppins and whether Mary could be played by a trans actor, Mackintosh said:

You can’t implant something that is not inherently there in the story or character, that’s what I think. Just to do that, that becomes gimmick casting. It’s trying to force something that isn’t natural.

His comment is as dated as he is (he's 74) because it harkens to the olden days, when transgender and other gender-related issues in pieces were, by definition, gimmicks. How many old movies and TV shows with twist endings encouraged us as viewers to declare, “That's a MAN!” half-way through?

It's not like that anymore. A trans performer's transness isn't necessarily a plotpoint; they are simply the character. Trans women are women, trans men are men. They don't have to be acknowledged within the show as trans. Nobody is asking that Mary Poppins be rewritten so that she's an out and proud trans woman kicking up her heels in 1910.

Mackintosh's interview also reveals he is fan of so-called color-blind casting — which makes drawing the line at trans actors even more of a head-scratcher.

Trans icon Alexandra Billings, who has seen a lot of success in recent years on TV and on the stage (she's currently on Broadway, remember that?), had the absolute best response to Mackintosh, a firm and respectful counterpoint to his pointless line in the sand: