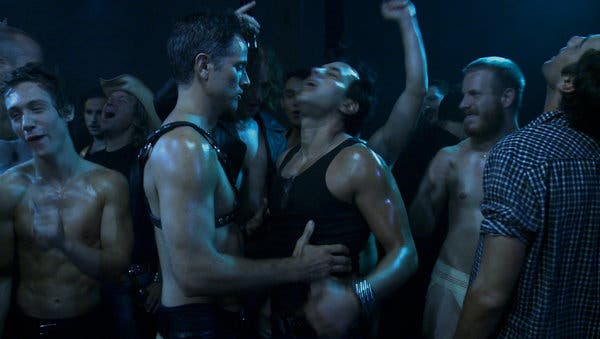 As the decade closes out and everyone celebrates the best of the best, one can't help but feel like so many hot movies are being forgotten. Here are MrMan’s Top 10 picks for the hottest underrated gay movies of the past decade! There were so many to choose from ... this decade was out, proud and filled with dicks ...

Your Future Ex-Crush: Harris Dickinson In The Raw Comments (0)

Breathtaking Brit Harris Dickinson already has enough sexy scenes to earn him a Body of Work on MrMan!

Now, join MrMan in celebrating Harris’ insanely toned bod, to which we were all first introduced in 2017’s breakout LGBT flick Beach Rats ...

ABOVE: Doing a few lines.

Beach Rats has a lot going for it, most of all its hypnotically vacant lead, Harris Dickinson. With no apparent effort, he communicates his character's internal struggle via sexy, empty blue eyes. The trick is he only seems like a void, a random Brooklyn kid shuffling through the last year of his teens. But in the same way he's pretty on the outside but pretty conflicted within, Frankie's aggressive attempt to recede makes him stand out, and his desire to disappear gives away that there is more to him than his friends could guess ...

Nathaniel Rogers of The Film Experience gives it a rave.

Keep reading for more on this, Hurricane Harvey, Ryan's bucking of Trump and more of the day's hottest links ...