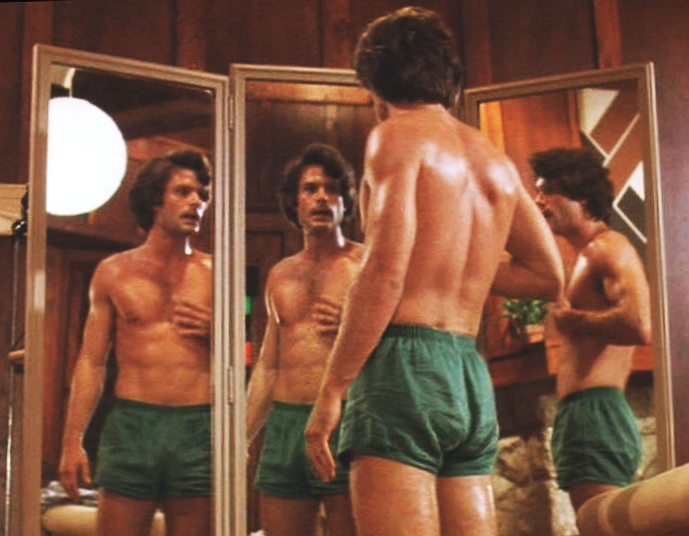 A peek back at 40 years of Making Love, including quotes from Harry Hamlin and an infamous Tonight Show appearance by a nervous Kate Jackson.

Nobody hotter, at one point, than this guy. Follow Gr8erDays here for more.

Happy Birthday To Harry Hamlin, Who Took One For The Team In MAKING LOVE Comments (0)

It's silly and offensive to call an actor brave in 2018 for playing gay in a movie — but it was accurate to use that word in 1982! Harry Hamlin's career took a hit when he played gay in Making Love, and co-star Kate Jackson had to endure an incredibly stilted appearance on The Tonight Show. (Her movie career went nowhere after that, too.)

Luckily, he rebounded with L.A. Law and more. Happy 67th to my Clash of the Titans crush.