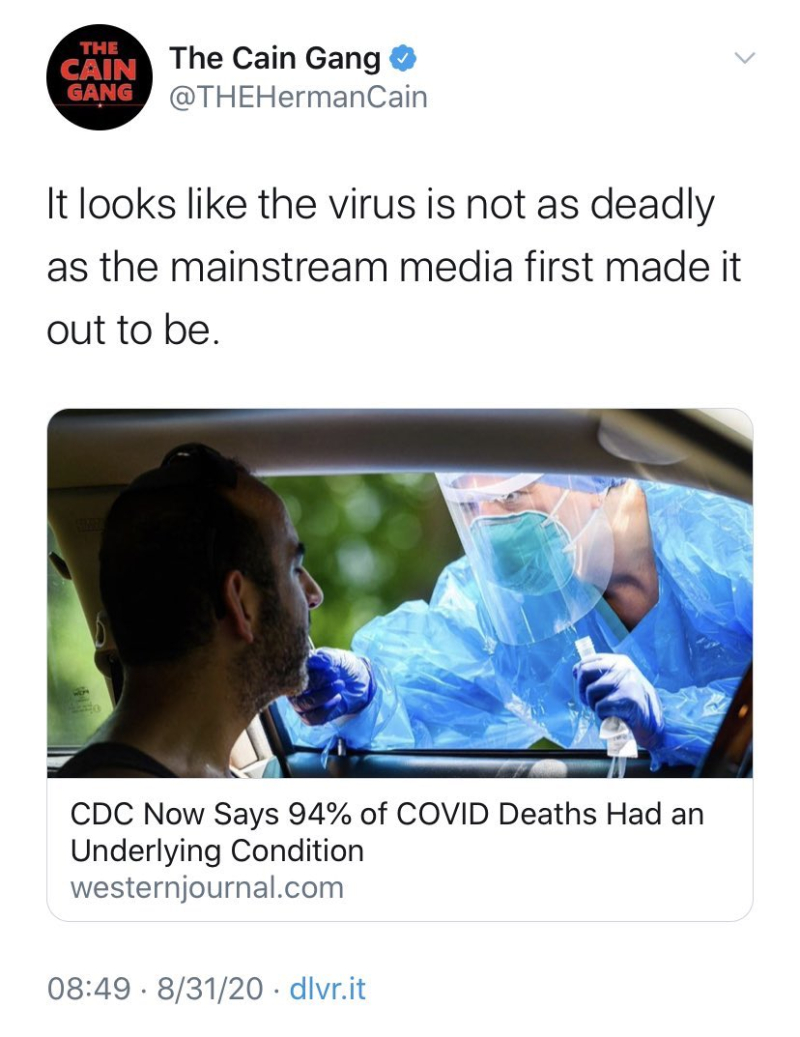 This seriously went up on Herman Cain's account. The account of the man who died of COVID-19. And yeah, many of the people who died of COVID-19 had underlying conditions; that is not new info. But 60-70% of the entire fucking country has what could be called an underlying condition — do you think it's less of a shame when someone who lived through cancer or is living with diabetes dies suddenly from a virus?