Chelsea Clinton On Ivanka Trump: I DON'T WANNA BE FRIENDS WITH SOMEONE LIKE THAT Comments (0) 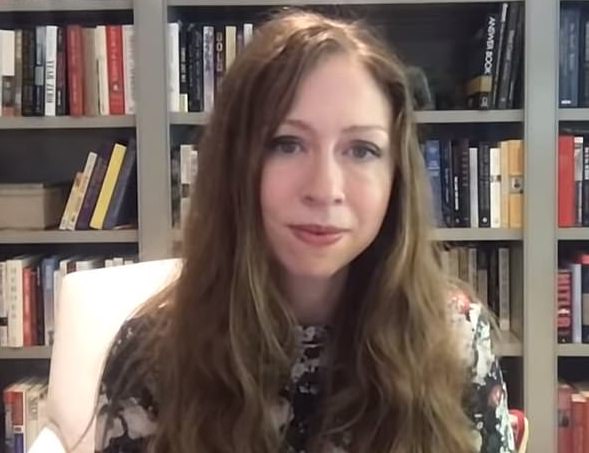 Chelsea Clinton told Andy Cohen she and her ex-friend Ivanka Trump were still in touch early during the '16 cycle, but that it all went south when Ivanka wholeheartedly embraced her racist, sexist, homophobic, transphobic, anti-Semitic conspiracy theorist candidate/daddy ...

ABOVE: NYC will survive whether you leave or not. If you don't even live here, don't pretend to care.

If Biden/Harris can't beat Trump, I have myself to blame — for the first time ever, since I began caring enough about politics to notice, the person I strongly wanted as VP was selected!

Check out some of the warm welcomes she is receiving, and let's evict Trump and relocate his digs to a prison:

I'm thrilled to welcome @KamalaHarris to a historic Democratic ticket. She's already proven herself to be an incredible public servant and leader. And I know she’ll be a strong partner to @JoeBiden. Please join me in having her back and getting her elected. pic.twitter.com/cmtOO8Gqqv

.@KamalaHarris will be a great partner to @JoeBiden in making our government a powerful force for good in the fight for social, racial, and economic justice. pic.twitter.com/q5ggXBro5B

Thrilled to support @KamalaHarris as next VP. I was honored to speak with @JoeBiden at length over the weekend and again today. His focus on reaching out to every corner of our country speaks to how he will lead us. I look forward to doing all I can for Team #BidenHarris!

My warmest congratulations to ⁦@KamalaHarris⁩. I am confident Biden-Harris will prove to be a winning ticket. I will do my utmost to help them win and govern. 👇🏽 pic.twitter.com/9pfJggZSV9

I am extraordinarily proud to support @KamalaHarris and @JoeBiden! They will be a fierce team to Build America Back Better. #WeHaveHerBack pic.twitter.com/pxNnv5bGD2

I’ve known Senator @KamalaHarris for a long time. She is more than prepared for the job. She’s spent her career defending our Constitution and fighting for folks who need a fair shake. This is a good day for our country. Now let’s go win this thing. pic.twitter.com/duJhFhWp6g

Congratulations to @KamalaHarris, who will make history as our next Vice President. She understands what it takes to stand up for working people, fight for health care for all, and take down the most corrupt administration in history. Let’s get to work and win.

This is a terrific choice! @KamalaHarris will be a great partner and she and @JoeBiden make a strong team. 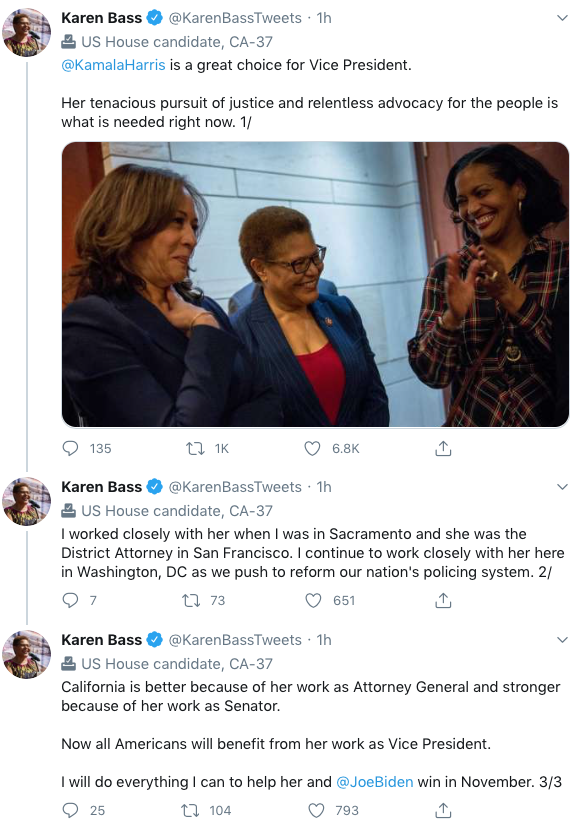