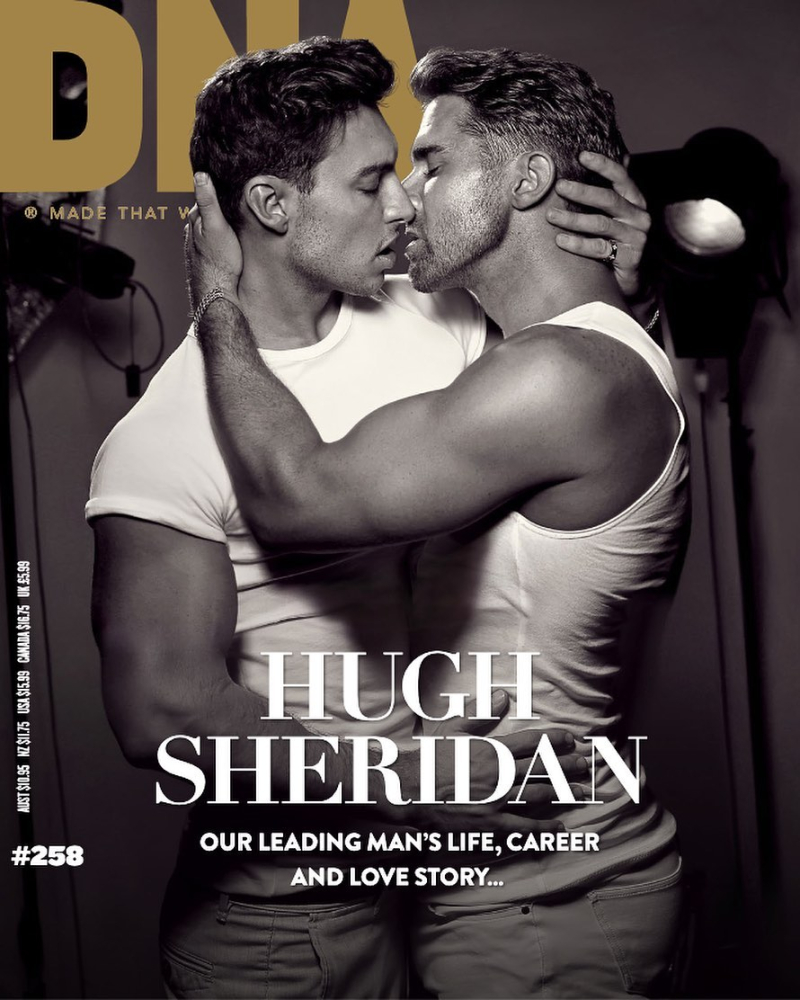 Australian actor Hugh Sheridan — who at first wouldn't label their sexuality, but now that they're married to a guy is okay with gay — posed for a steamy DNA shoot that works for me.

Hugh is also non-binary, but what I find so ridiculous is their insistence on no labels at all, wanting to be called a human. That is not how it works. Hugh Sheridan does not move through the world as just a human; they're perceived in certain ways, and that shouldn't be such a bad thing.

We are not post-gay yet, and labels are not the enemy. Even being non-binary is, in fact, a label.

Hugh sounds like an ass, actually — in their latest Instagram post before the cover, Hugh was bitching about not having the cover solo, and claiming it should be another shirtless towel pic. I do not understand how this person can think the kissing photo doesn't have more impact.