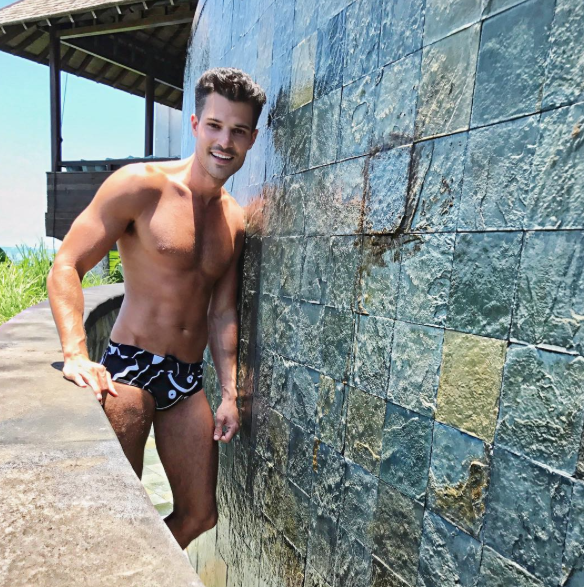 Ian Thorpe & BF Ryan Channing (above) urge Australians to vote for marriage equality, plus more of the day's hottest links ...

Before you ask who cares if Thorpe is gay...read this.

David McIntosh has some damn hot legs on him.

Penny Fuller helping to bring down a prez in All the President's Men (1976).

Think twice before using Propecia. (If nothing else, it definitely softens the wood.)

Republicans pine for more Romney, whom I'm convinced will run in '16.

This bitch better step off of Michael Sam. He should not become ex-gay.

BRIDGE TO NOWHERE: Chris Christie carries on against marriage equality.

Actor Christian Monassa is sweet in the booty. (Work Unfriendly)

Even from the front, you can tell he looks good from the back.

Ian Thorpe To Come Out Of The Closet Comments (0)

Retired Australian Olympic swimming champ Ian Thorpe, who has been dogged by gay rumors for years and has steadfastly denied them, is coming out in an interview with Sir Michael Parkinson. As recently as in his 2012 autobiography, Thorpe has explicitly claimed to be straight. He's dealt with depression and gone to rehab for it in the past year.