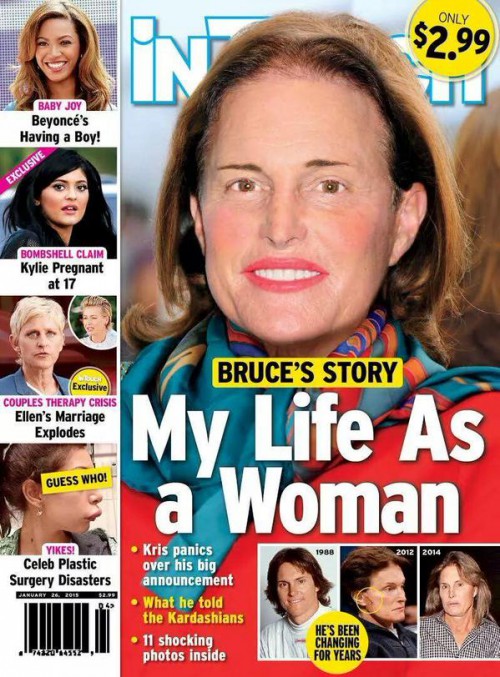 This is a real cover that Bauer Publishing authorized. It's in print. It exists!

In Touch Photoshops Bruce Jenner into being female to fit their story.

IF ONLY WE'D KNOWN: With President Romney, there'd be “no ISIS.”

Willam's “Boy Is a Bottom” is now in Spanish! 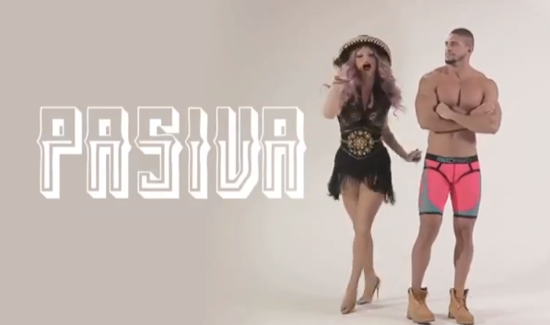 Baby, if I'm the bottom, you're the top!

Carla Alcorn, the late Leelah's mom, continues to be a total asshole.

Miley goes full-frontal. Well, some soap suds are in the way.

The GOP is gunning for Social Security. Again. Fuck their old voters.