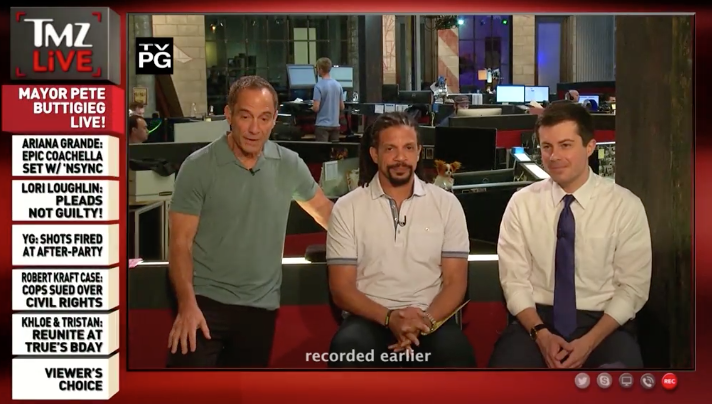 Bernie did Fox News and Pete did TMZ. I don't like these forums, but they're probably both smart to try to reach as many voters as possible.

Still, it's kind of an eye-roll watching Harvey Levin gush over Buttigieg and pretend that he's the only person since RFK to capture voters' imaginations — Obama, much?

Once again, Buttigieg is sterling here ... 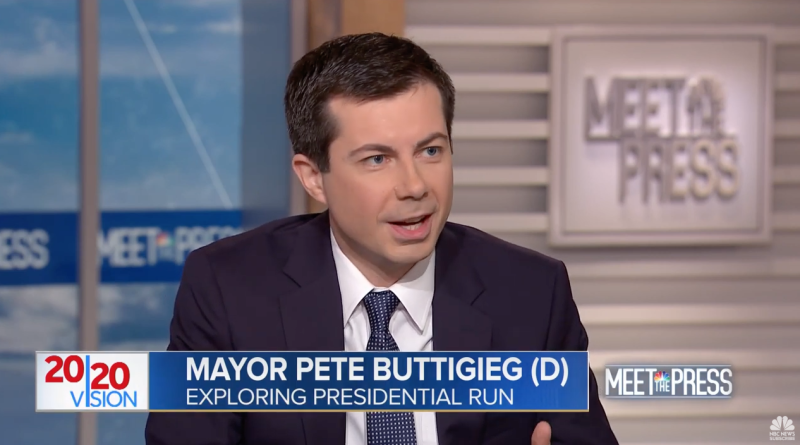 Some have complained about Pete Buttigieg getting an inordinate amount of attention this election cycle, but I would argue it's not the novelty that he's gay, it's because he literally never sounds like a politician who is ticking off talking points, and never sounds less than incredibly informed, empathetic and in command.

I like several other Dem candidates a lot, and several have vastly more experience, but he is catching people's eyes and ears on his own merit ...

Buttigieg On His Husband, How Being A Gay Leader Can Change The World Comments (0) “American moral authority is so important ...” (Image via video still)

Pete Buttigieg opens up about his marriage to Van Jones, including meeting the guy he wants us to make our first First Man, and also about how being a gay leader would change things globally ...

Pete Buttigieg, the out gay Democratic Mayor of South Bend, Indiana, who is running for POTUS in 2020, has endorsed the federal Equality Act, which would protect LGBTQ+ people in the U.S. from discrimination in housing, in employment, and in public spaces. (You're not dreaming — he addressed this on CNN: video here.)