He's got a point. (Image via video still)

Contrary to popular belief, Pete Buttigieg did not outright declare victory in the tumultuous Iowa Caucuses.

Still, he gave an ebullient speech that included the phrase:

... by all indications, we are going on to New Hampshire victorious.

And he is; all the campaigns know, internally, that the day was won by Sanders and Buttigieg or Buttigieg and Sanders, and that is a victory for his small campaign, as well as a historic first — an out gay person will win delegates in a presidential contest.

ABOVE: Before there was Hugh Jackman, there was Rod Taylor. Follow Gr8erDays HERE.

An Iowa man has been found guilty of willfully destroying a church's Pride flag — and he's going to do serious prison time for it.

Usually, when we hear about this sort of vandalism, we might guess the offender would pay a fine. But what about when they're a repeat offender. 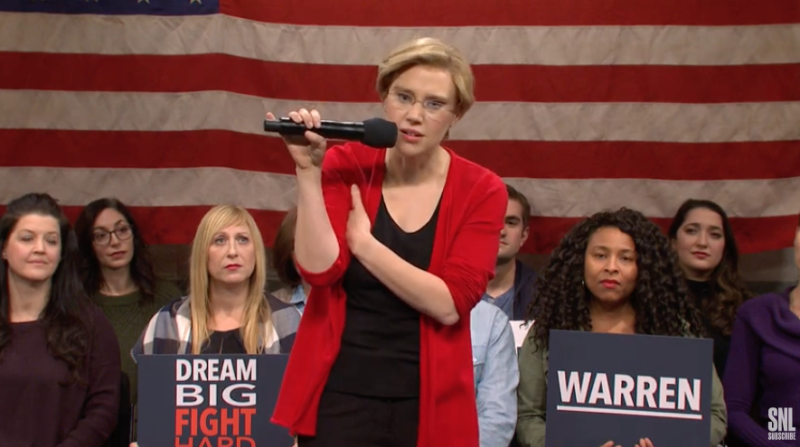 Kate McKinnon and SNL seem to have decided Elizabeth Warren will be the Democratic nominee ...