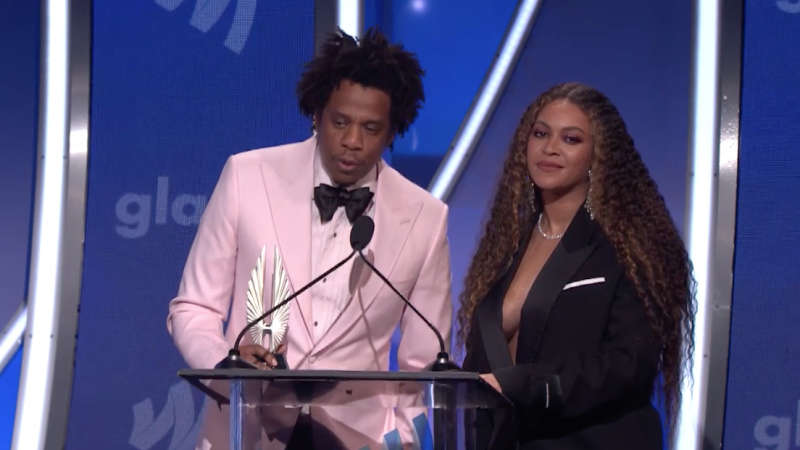 The first of two annual GLAAD Media Awards ceremonies was held in L.A. Thursday evening, with A-listers receiving recognition for promotion tolerance of LGBTQ people and rights in all media.

Above: Eugene Simon is perfect, and shows off his rump (Work Unfriendly)!

Below: Why the MyPillow guy is disgusting, horrible suicide of a gay-rights  advocate, a moment of release in an airplane lav, all about Beyoncé, and more ...

Madonna looks digitally retouched in one snippet of the teaser for Jay-Z's Tidal, then looks normal the next time we see her in it. Anyway, should be interesting...

Former MD governor Martin O'Malley is more like it.

Kylie Minogue breaks up with Jay-Z.

Zoe Saldana is a D&G apologist. (Nothing was lost in translation, duh.)