Scott Johnson in 1987, as photographed by his brother, Steve Johnson

The death of an American in Australia has been ruled an anti-gay murder — 30 years later.

Read about that, plus Roy Moore's heckler, Russell Simmons's sad downfall and Trump's dementia, plus, watch a hilarious take on Grindr in the '80s ...

Joe Scarborough, Others Openly Question Trump's Faculties: WHO TALKS LIKE THAT? Comments (0) 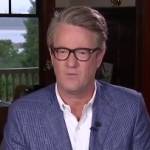 Trump's unhinged speech in Phoenix has led to a new round of media figures speaking in hushed tones about his mental abilities.

Scarborough, speaking on MSNBC, asked, “Who talks like that?” and, “Who cheers for that?” in reference to Trump gushing about hitting the KKK and a Trump supporter chanting that John McCain must die.

Keep reading, but keep remembering that Trump is mentally unsound and must be removed from office ...

New York: Would you be surprised if it turned out that Jared Kushner was the aide who threatened Mika & Joe with National Enquirer nastiness?

New Yorker: More on how much American Media (National Enquirer, Us Weekly) mogul David Pecker LOVES Trump, goes to bat for him.

Don't ask me why, but she didn't know Annie Lennox was already a music goddess. (Image via Twitter)

Kenneth in the (212): Annie Lennox gets hit up as a promising new artist (!) by a new music coordinator at an L.A. station. Named Kylie.

NY Daily News: A Florida first responder with PTSD since the Pulse gay nightclub massacre is dead-broke, being forced to go back to work.

Trump's Swipe At Mika Brzezinski Bites Him In The Ass — Did He & Jared Kushner Brazenly Blackmail The MORNING JOE Couple? Comments (0) 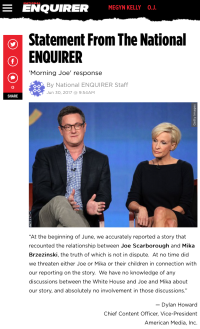 Brzezinksi's bleeding facelift (he sure has an issue with women and blood), who knew it would bear such fruit for his detractors?

Aside from the completely misguided liberals still clinging to the they go low, we go high mantra (which worked for the Obamas personally, but which didn't save them from having their eight years erased by Trump), the kerfuffle has now led to the allegation that when Mika and Joe Scarborough's relationship was about to be exposed by David Pecker's American Media via National Enquirer, top aides to Trump contacted the couple to warn them and demand that in order to scotch it, the couple had to call Trump personally and apologize for their coverage.

Trump is close with the vile Pecker.

It was reportedly Jared Kushner who told Scarborough he'd have to apologize to Trump for the negative coverage of his young presidency, a request which Scarborough refused. On cue, National Enquirer published a story exposing the morning co-hosts as a couple, and it if course had a sleazy slant to it.

This is the upper echelon of the White House blackmailing members of the media who had been critical of the President, and it is yet another impeachable offense.

National Enquirer has denied being a part of any such talks, a charge which is easy enough to believe, actually — Trump and his minions feel like they own the planet, let alone David Pecker, so it's not hard to believe they might negotiate first and involve Pecker later.

I wrote it on Facebook and I'll write it here — this is not like McCain or Romney or even Bush or Reagan: If you support or admire Trump you are a garbage person. End. 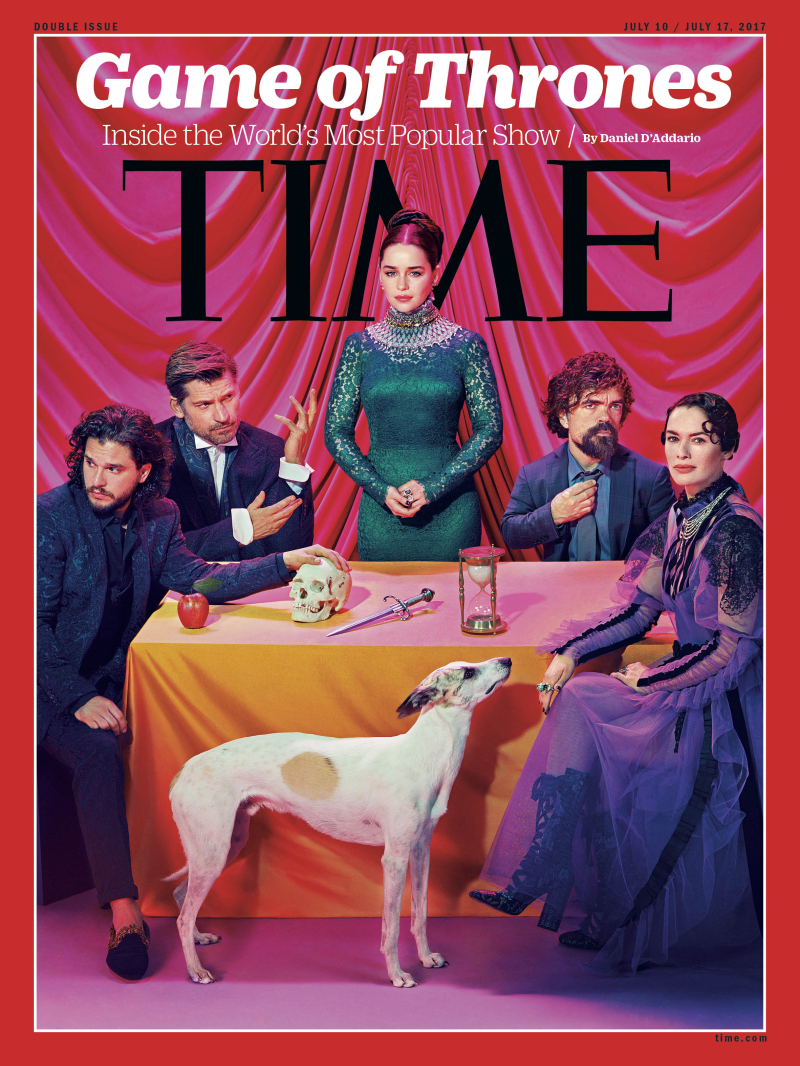 Time: Go inside Game of Thrones, which is now considered the world's most popular TV series. (Ever?) 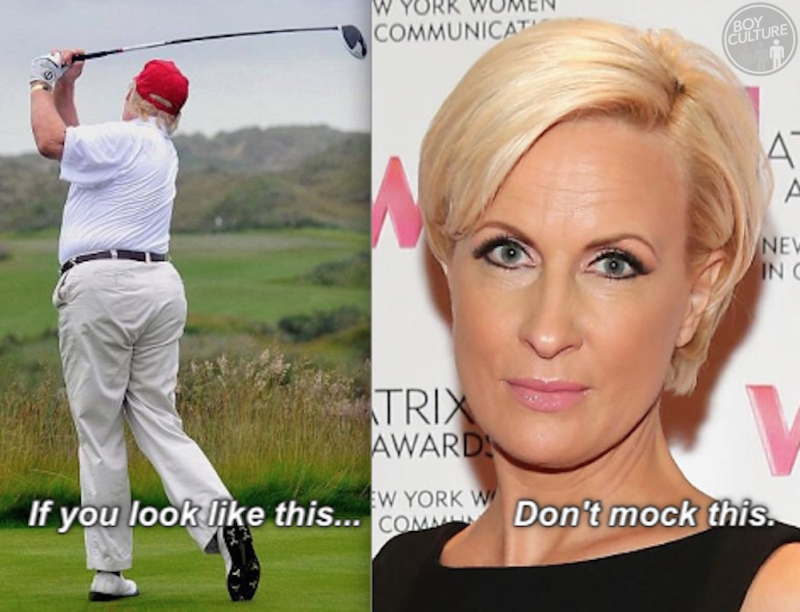 Trump needs a mirror. Actually, he probably carries a small one with him wherever he goes. (Image via Internet meme)

The Hill: Trump, whose ridiculous hair is reportedly due to a botched job by Ivana's doc back in the day, and whose wife is a mannequin, trashes Mika Brzezinski's facelift.

Salon: A firsthand account of the Stonewall Riots: “The crowd outside was loving it as they came out striking poses, but the cops weren’t loving it.”

NEA: The National Education Assocation is honoring Jim Obergefell at its annual Human and Civil Rights Awards Dinner this Saturday.

Towleroad: Betsy DeVos is aggressively trying to make it easier for LGBTQ students to be mistreated, bullied and disenfranchised. Happy Pride!

Kenneth in the (212): Dig it! Netflix is bringing back Tales of the City!