ABOVE: Franco Nero, who was one of cinema's sexiest.

BELOW: Keep reading for a hot tennis pro, Biden's diverse Cabinet, the death of gay bars and more ...

ABOVE: Maxwell Caulfield is 59 today! Celebrate by following my nostalgia Instagram HERE, and/or by ogling some of his sexiest looks HERE.

6-PACK — Standing O For HRC + Trump's Nominees Are Human Garbage ... How's That For Unity? + State Dept. Sorry For Decades Of Anti-LGBTQ Witch Hunts + Thigh-Ay-Ay! + A Busch League Of Their Own! Comments (0)

Raucous standing O for the Clintons at the final perf of The Color Purple on Broadway.

Charles Busch on whether Madonna could become another Joan Crawford — in film! 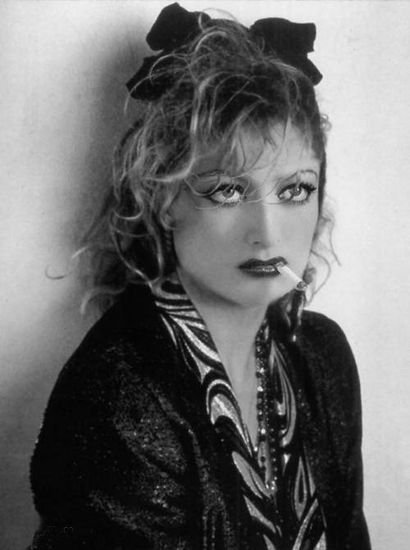 No idea who made this, but it's everywhere on the Internet and it floors me that so many people think it's real, and proof Madonna ripped off Joan.

President Obama and John Kerry are proud papas of a historic anti-nuke accord with Iran. Netanyahu already hates it, without even reading it. Obama has told Congress to STFU, because he'll veto any objection.

As others have argued for a while now: Most consequential president in history?

Ashley Parker Angel's not on crack, but you'll wish you were.

NYC photo exhibit is a can't-mister!

Why Rebel Heart is tanking.