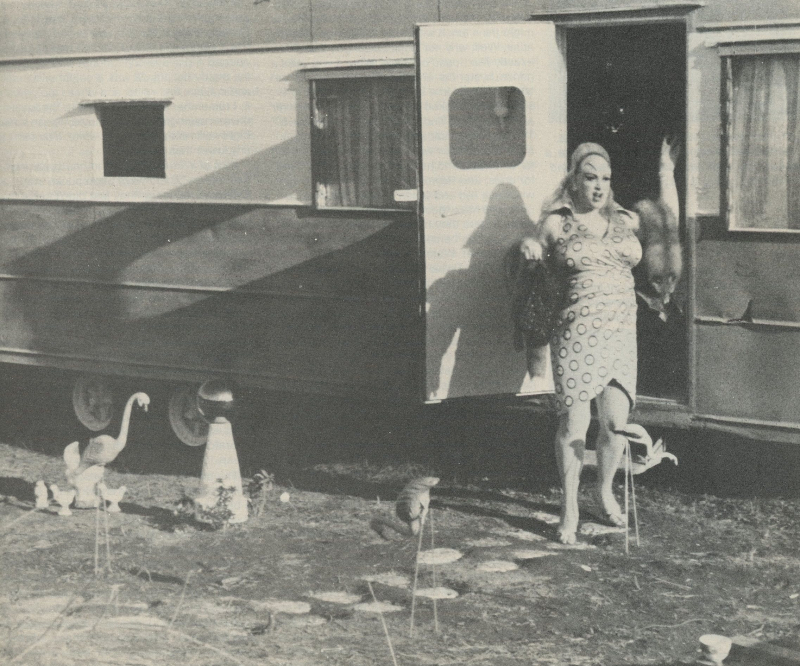 Happy 50th anniversary to Pink Flamingos, which played at the University of Baltimore for the first time 50 years ago tonight, on March 17, 1972.

The Watersed-down version (GIF via GIPHY)

Twenty-five years ago this week, the well-loved “Homer's Phobia” episode of The Simpsons aired. Incredibly, though it was 25 years ago, it was already eight seasons into the durable series.

On the episode, Homer's new pal John (John Waters) turns out to be happily gay.

John is shown as working at a kitschy store in the mall called Cockamamie's, which is absurd to contemplate today — a curio shop in a mall?! — and is presented as a lover of camp. He is a rare character who seems to understand the absurdity of the Simpsons' world, and to actually appreciate it.

Interestingly, Waylon Smithers seems to know John, one of the many hints leading up to him officially coming out in 2016.

Homer begins to worry about a negative influence on Bart, who he suspects is turning gay, so wants to taking him to a steel mill, but it turns out to be a gay steel mill, complete with effeminate workers and C+C Music Factory dance parties. Homer then decides he wants to take Bart camping (a play on “camp”?) to man him up, saying he would make him a regular Burt Reynolds. Reynolds, while an icon of machismo, was also sort of a Bugs Bunny when it came to being queer around the edges.

Hunting deer out of season leads to a run-in with some angry reindeer in a pen, but while Homer gets roughed up, being saved by John helps him respect his new friend.

“You know, Bart? Maybe it's just the concussion talking, but any way you choose to live your life is okay with me,” Homer says in the end.

The show's approach to Homer's homophobia feels relevant to this day, but was considered so edgy for broadcast TV that even FOX initially rejected it. They changed course after a power change and TV history was made.

Plus, here are some of the show's most memorably queer moments:

ABOVE: In one of the above pics, you see a LOT more than Mr. Logan bargained for. Follow here.

BELOW: Keep reading for a bulge that never have you ever seen before, the sudden death of circuit party king Jeffrey Sanker, justice for Divine and more ...