RIP Richard Glatzer, co-director of Still Alice (2014), the film that helped Julianne Moore win her first Oscar of many. Glatzer and his husband, Wash Westmoreland, had teamed up on The Fluffer (2001), Quinceanera (2005) and The Last of Robin Hood (2013), and Glatzer had directed the 1993 film Grief, fondly remembered for great performances by Jackie Beat and Carlton Wilborn.

Check out this sweet post about Glatzer, who from what I've heard was someone everybody loved.

The new trailer for the other acclaimed Julianne Moore movie of the moment (directed by David Cronenberg!) is here, and Maps to the Stars looks really out-there... 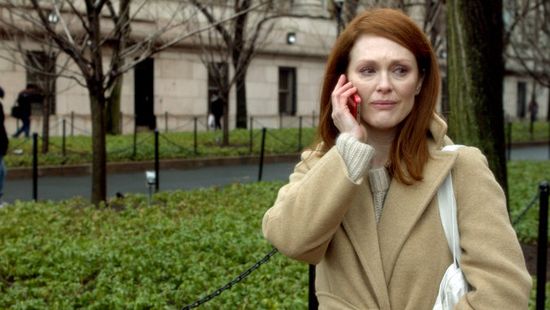 In Still Alice, an articulate, accomplished linguistics professor (Julianne Moore) begins to forget things. She gets lost. She repeats herself. She suspects she could have a brain tumor, but the real answer is even more devastating—at the age of 50, she has early-onset Alzheimer's disease.

Her workaholic husband (Alec Baldwin), handsome son (Hunter Parrish) and warring daughters—one archly perfect (Kate Bosworth), one studiously rebellious (Kristen Stewart)—have to cope with this out-of-the-blue development, and must make choices about their own lives and about the woman who is at the core of their family.

Richard Glatzer and Wash Westmoreland were hired to adapt the film from Lisa Genova's highly regarded novel of the same name, and wound up directing it. The partners in creativity and in love have crafted a no-frills, achingly intimate document of what often is a breathtakingly swift decline, one which allows Moore precious little space in which to do anything more than be. The result is a moving, unaffected, ephemeral performance of the type for which she is renowned, and a performance which could become the one that finally brings her the Oscar she's richly deserved for many years. 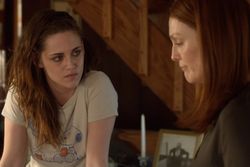 Baldwin, always so good, may have burned himself with his long stint on 30 Rock and as a frequent SNL host; he has snarky resting face, which distracts from his character and from the film. Stewart, on the other hand, gives a mature performance that perfectly complements Moore's. The others aren't really fleshed out enough to judge.

Ultimately, the film is so hands-off it sometimes feels a little underdeveloped. That hurts it as an overall artistic statement, making it feel like an unadorned TV movie at times, but that approach does nothing to damage Moore and Stewart's effortless shared depth.

A wall of wriggling penises. Don't know much about art, but know what I like.

Sofia Vergara breaks up with her Republican boyf.

The New York Times really did not care for the new Adam Sandler flick.

Logo distances itself from RuPaul, who in turn  reads Logo.

Judge discovered on Manhunt decides to retire over it. Huh?

1st same-sex marriage in the South: We came, we Arkansas, we conquered.

Liaison—1st gay club in a Vegas casino—set to open in Bally's.

Madonna's next album cover? Plus, her dancing tween!

Dolly Parton's boobies and arms are inked, y'all.

Brendan Fehr is in the closet.

Michael Jackson to sing beyond the grave.

Choke on your Chick-Fil-A, assholes.

Come Into My Life: A Review Of The Kids Are All Right Comments (4) 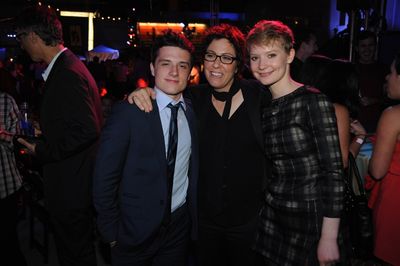 Cholodenko with all right kids Hutcherson and Wasikowska at the L.A. premiere

I got to see a screening of Lisa Cholodenko's The Kids Are All Right (opening July 9 in select cities) and am happy to report that the kids are more than just all right—they're pretty terrific. Ruffalo & Moore at the premiere; Bening skipped for personal reasons

I was somewhat reluctant about a movie whose premise revolves around a lesbian longtime couple Nic and Jules (Annette Bening and Julianne Moore) whose family unit is compromised when their sperm donor Paul (Mark Ruffalo) from over 15 years earlier comes back into their lives via their curious kids Laser and Joni (Josh Hutcherson and Mia Wasikowska) and begins an affair with one of them. If that example of "lesbians just need a man" isn't enough to turn you off, how about the odd fact that the women's stale sex life is spiced up by watching vintage gay male porn? (I'm aware some women are into this, but how many lesbians are?) Coming together over dinner

Still, Cholodenko's character-driven script (she co-wrote with Stuart Blumberg) is so filled with insights into the emotions and quirks of the family and of its potential interloper that these potentially annoying aspects feel authentic. 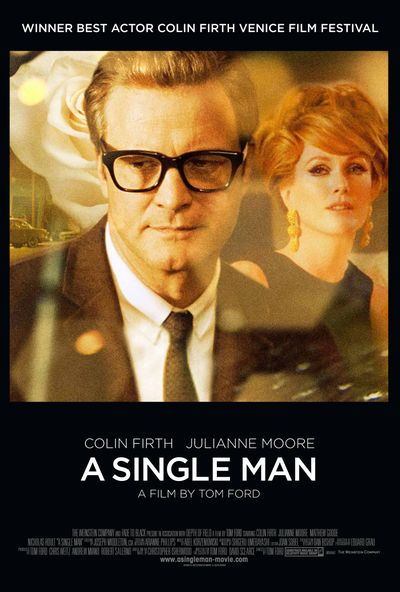