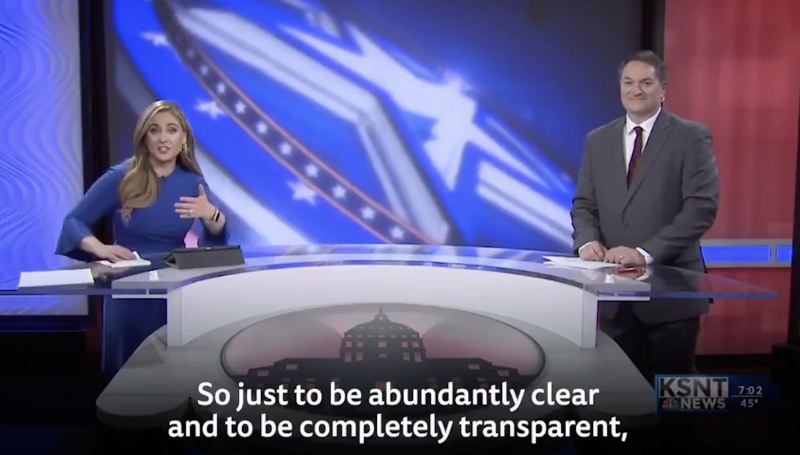 She literally had receipts. (Image via video still)

Rep. Roger Marshall, a Republican running to be the next senator from Kansas against Republican-turned-Democrat Barbara Bollier, tried to avoid a debate with Bollier in their unexpectedly close race by pretending he was being set up or had never heard about the debate.

Putting that subterfuge to rest, the moderator spent two minutes dragging his sorry ass, even going to far as to produce proof he had been invited and ignored it. It's a beautiful thing ...