Kate McKinnon one of the most talented comics ever to grace SNL. She's been a part of the cast since 2012, and it has launched her as a movie star, unaffected by her status as an out lesbian. (She doesn't talk about her personal life, but also doesn't play games with her sexual orientation.)

So why do so many LGBTQ performers still cling to the closet?

Now, she's grabbing the cover of Glamour, and talking about her process when crafting her unforgettable comic impressions, her pursuit of truth, and her starring role in The Spy Who Dumped Me ... 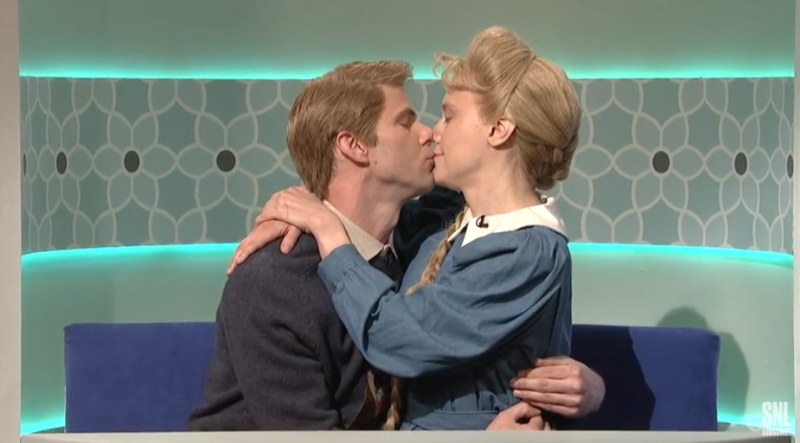 On last night's SNL, Kate McKinnon got to do two things with Mikey Day that I've always wanted to do. Number one, above. 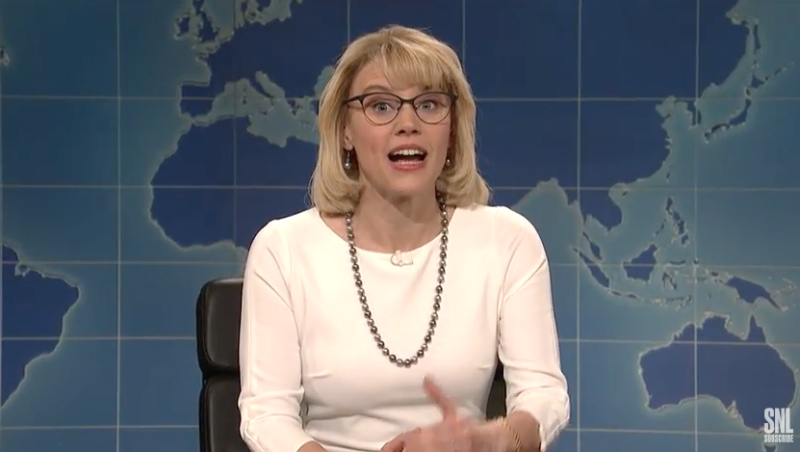 Betsy DeVos doesn't have it all sewn up (Image via NBC)

SNL's MVP Kate McKinnon continues to show there is no person she can't embody for laughs, appearing hilariously as Secretary of Education Betsy DeVos last night. 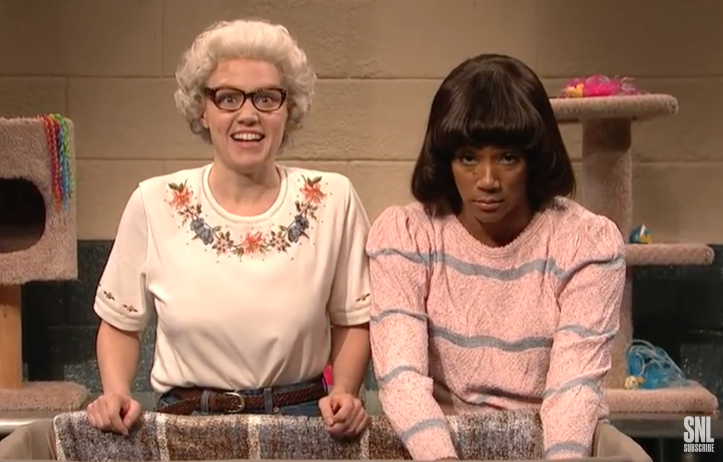 She's  got the pussy! (Video still via NBC)

I loved Tiffany Haddish's monologue on SNL — she really nailed it with her joke about sexual harassment and abuse:

Listen, fellas, listen, okay? If you got your thang-thang out and she got all her clothes on, you're wrong! You're in the wrong!