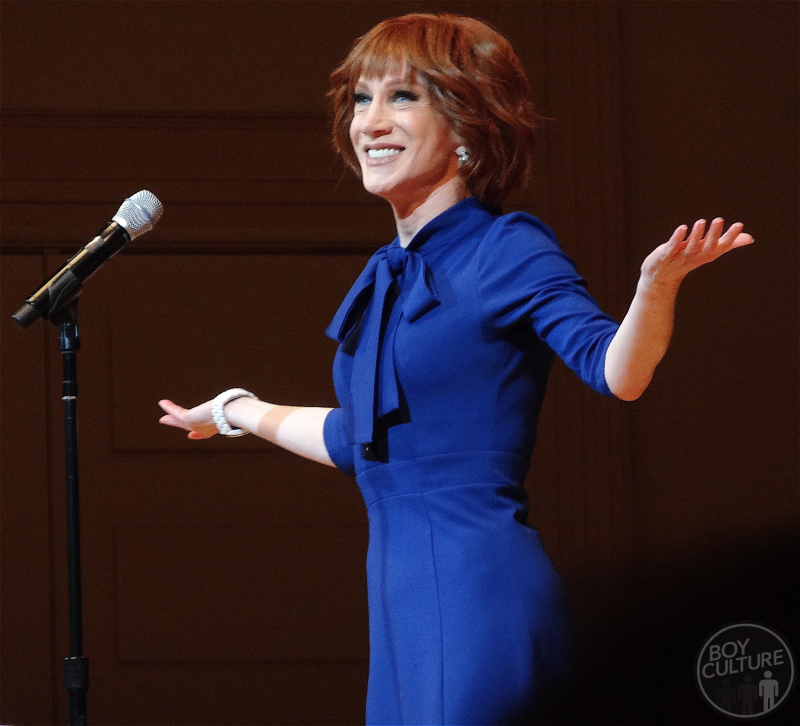 Kathy Griffin, who forget to give a fuck (Images by Matthew Rettenmund) 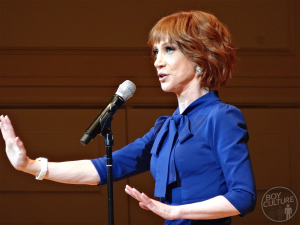 night after her Radio City Music Hall debut with a drop-dead funny set at Carnegie Hall in NYC Tuesday night.

Fitting, since the petite firebrand was opportunistically smeared as being a potential killer by her — our — political enemies, who didn't care that the trickle-down effect would be the lunkheaded Republican rank-and-file treating her like an actual murderer, not to mention a traitor and terrorist.

Griffin, whose set felt like a two-and-a-half gab session with your wittiest, most politically engaged fag hag (she rejects “fruit fly,” as will the poltically correct kids who already hate “fag hag” in a few years — wait for it), seems to have recovered nicely from the public shaming to which she was subjected by Trump and his flying-monkey minions, all over an image of Griffin holding a Trump mask covered in ketchup.

Above: To me, he's gotta be best in show!

Below: Keep reading for the Walking Dead gay-porn affair, a Will & Grace gag reel, a hysterical drag parody of the news, and more ...