BELOW: Keep reading for a guy who really gets a grip, the youth vote, a gay winner and more ...

ABOVE: Been too long without some Locky.

BELOW: Keep reading for a peach of a peach, Biden prodded on abortion, record # of LGBTQ congressional aspirants and more ...

ABOVE: I guess the backdoor lobby is underfunded.

BELOW: Keep reading for male flesh for sale, useless cops in Uvalde, the return of Baby Jane and more ...

Kevin Spacey HAD A Secret Comments (0) 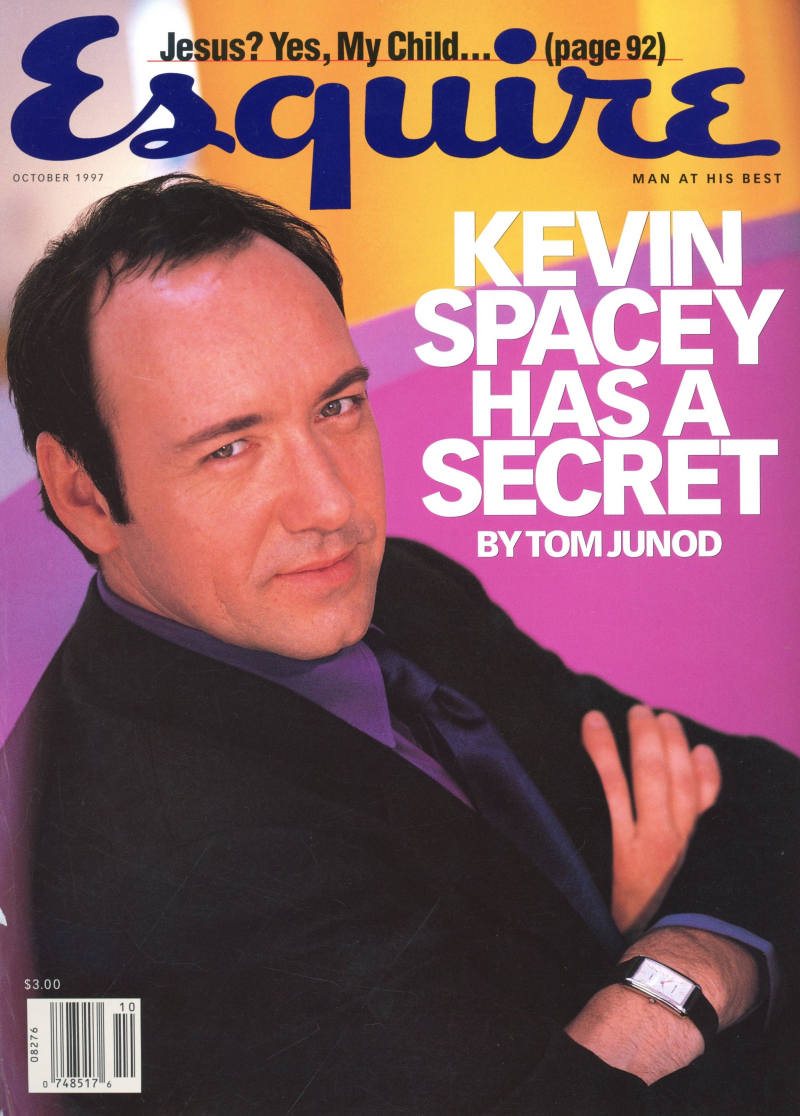 ... or two! (Image by Jeffrey Thurner for Esquire; fair use)

Kevin Spacey, trying to make a comeback after umpteen allegations of sexual impropriety, has been formally charged with four counts of sexual assault against three different men in the U.K.

The Guardian reports an authority in charge of the case as stating:

He has also been charged with causing a person to engage in penetrative sexual activity without consent. The charges follow a review of the evidence gathered by the Metropolitan police in its investigation. The Crown Prosecution Service reminds all concerned that criminal proceedings against Mr Spacey are active and that he has the right to a fair trial.

None of this should come as any surprise, except to any gay men who have embraced Spacey as the latest O.J., a figure too famous to be guilty. (How icky to read people excusing him by saying they, too, were once underage, and were rarin' to go with adult men.)

One wonders how many improprieties Spacey might not have committed had the media simply reported that he was gay back in the day. Oh, I know, I know — everyone's supposed to come out on their own time, no matter how rich, famous, protected, safe. Spacey's own time turned out to be ... well, after being credibly accused of sexually assaulting a minor, Anthony Rapp.

But the media almost did report on Spacey's sexual orientation. In 1997, Esquire played with fire by putting Spacey on its cover with the header, “Kevin Spacey Has a Secret.” The story, by Tom Junod, was ostensibly about the rumors surrounding Spacey, not about whether they were true.

But the magazine was winking so hard it went cross-eyed.

In his editor's letter for the issue, David Granger tried to thread the needle on the issue of invasion of privacy, making clear he felt Esquire was merely underscoring that absurd assertion of modern culture that no famous person's private life was truly private. Social media would later hammer the point home.

ABOVE: I think I've captured the spirit of the day.

BELOW: Keep reading for how Meta is snatching accounts with no accountability, Biden bans U.S. imports of Russian oil, Emmett Till Anti-Lynching Act finally passes, Florida has passed the repulsive Don't Say Gay bill and more ...