About 10 days ago, I was on a phoner with Justin Kelly and Christian Slater to discuss their film King Cobra (my review here), 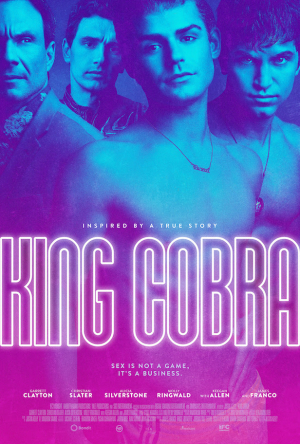 which opened in NYC last week and opens in L.A. today.

Writer/director Justin Kelly on the optics that he favors non-uplifting queer stories after 2015's I Am Michael (about an ex-gay activist) and now King Cobra:

Um, yes! [Laughs] Fair enough. No, for me, it's about telling really interesting stories with the kind of fascinating characters that we don't see as often. And to me, it's not about, like, representing gay characters in a bad way at all, it's just about the story and about the characters, and who they sleep with is secondary ... which is I think how it should be. So it's not as if I go out there and try to find these non-uplifting stories at all. [Laughs] It's something where if there's an implication that it's a bad thing, I just have to agree to disagree with people because I feel it's more progressive to approach queer stoires in this way, where you're not only focusing on coming-out stories.

The short answer is I read about these stories and I feel like I wanna understand why these characters did what they did. In Michael's case, how an anti-Christian gay activist can become an anti-gay Christian activist—I mean, that's insane.

I did have some compassion for this guy, I definitely feel like that was in the script. Again, you could take this story and set it against any sort of backdrop—I mean, it's a story of obsession and about human beings trying to sort of find their way, maybe not choosing the most quote unquote ethical path you could take, you know? People, their lives go in all kinds of different directions. Everybody wants to find their path and what it is that motivates them and excites them.This guy was a guy that certainly was presenting a certain image to his family—his sister's asking him to meet a girl, so he's obviously a closeted guy who hasn't revealed himself to anybody and is doing all these things udner the radar. I just thought that was very, very fascinating. I could identify with the frustration of that.

I was thinking about it last night. There were just a couple of lines in it, particularly in the scene with Garrett where I say, “I just wanna feel wanted.” That feeling is universal and something I think a lot of us can identify with.

Check out the movie, playing now—or on demand. Keep reading for a new scene, just released ... 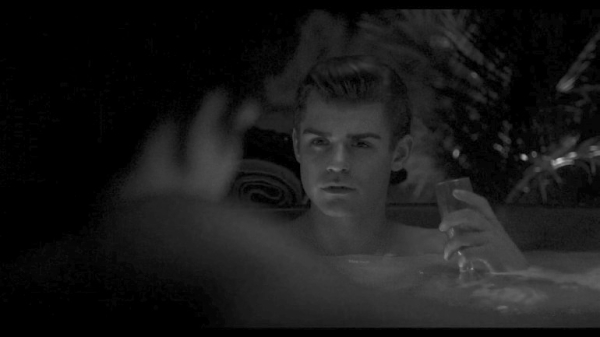 Could Republicans do away with SCOTUS entirely?! Yeah.

Flipping Out star Jeff Lewis & his partner have welcomed a son.

God, I hate young conservatives way more than old ones:

The UT "Young Conservatives of Texas" group is having a bake sale right outside where early voting is happening right now & I'm disgusted. pic.twitter.com/3GQZL1Bc3B 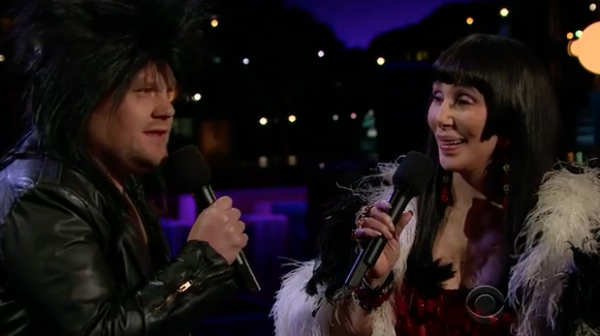 Funny & Cher: James Corden and Cher offer “I Got You Bae.” After the jump! 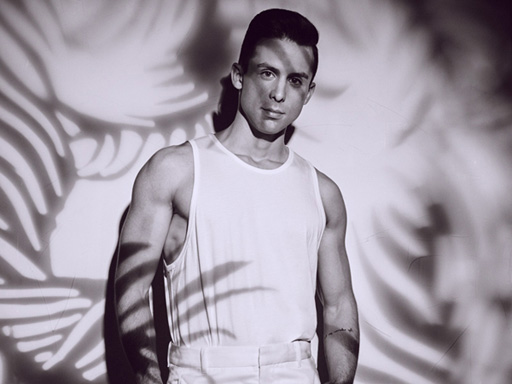 A song in his art (Image via Randy Report)

You gotta meet out artist NIKO!

Democrats killing it in early voting. Fingers crossed for 18 or so days.

Click here to be pissed off by some unrepentant gays for Trump, who unironically just got engaged. 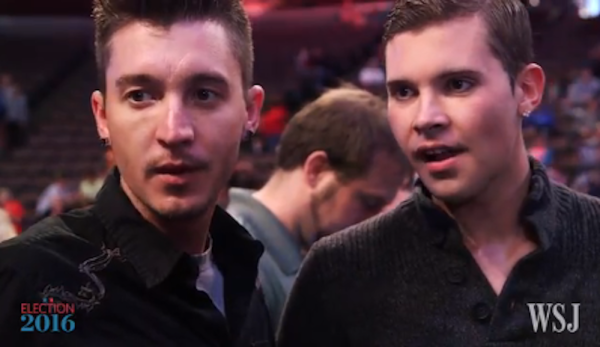 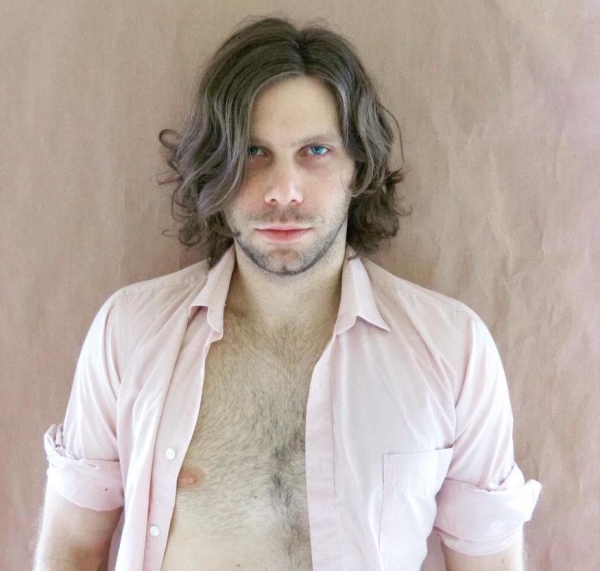 Teen Breach Movie: A Review Of KING COBRA & Inside The NYC Premiere Comments (0) 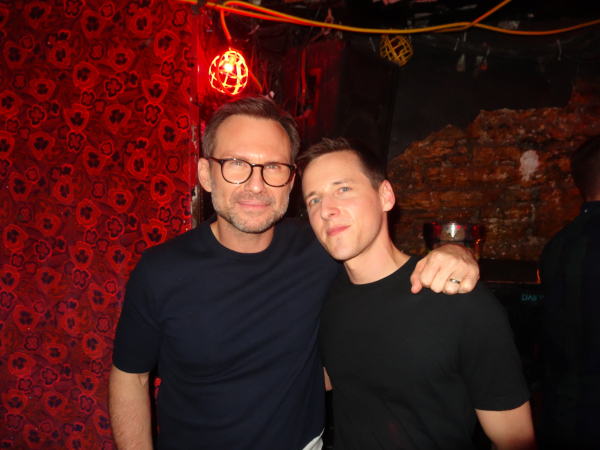 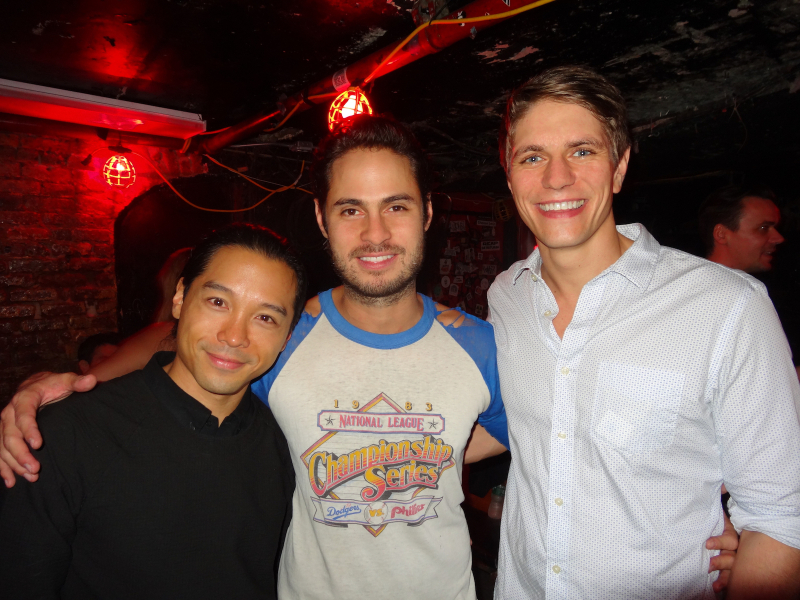 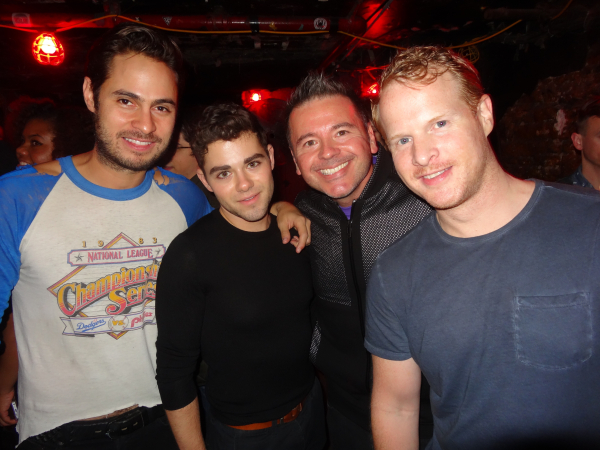 The premiere, at IFC Center, attracted Kelly; Christian Slater (who stars as Kocis); Younger star Nico Tortorella (whose sexual orientation would make a great thriller in its own right, IMO); Hunting Season stars Marc Sinoway, Jake Manabat and Tyler French; History actor Misha Osherovich; photographer Timothy Greenfield-Sanders; Undetectable and Hustling actor Andrew Glaszek (who years from now will be known as the “It” ginger of NYC); and more. 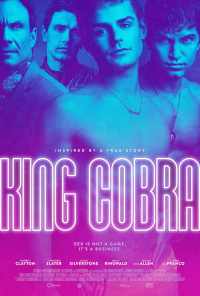 Hey, it wasn't the first time in history a star and his director left a screening and headed straight for Cock.

It was great to connect with the other attendees (no, not a euphemism), and to congratulate Slater on a fine performance. I also shook hands with Kelly after having been a disembodied voice on an intercom during a recent Q&A session with the gay media. (Coming.) I fear he hates me because I asked him why he's attracted to non-rah! rah! gay subject matter, considering the fact that King Cobra follows his debut, 2015's I Am Michael, about the XY publisher who went from gay activist to ex-gay activist. It was meant as a compliment.

I wish I could be more complimentary about his earnest King Cobra, but the film is uneven and, like Kocsis, fatally flawed. Then again, like Corrigan, it has an undeniable watchability. 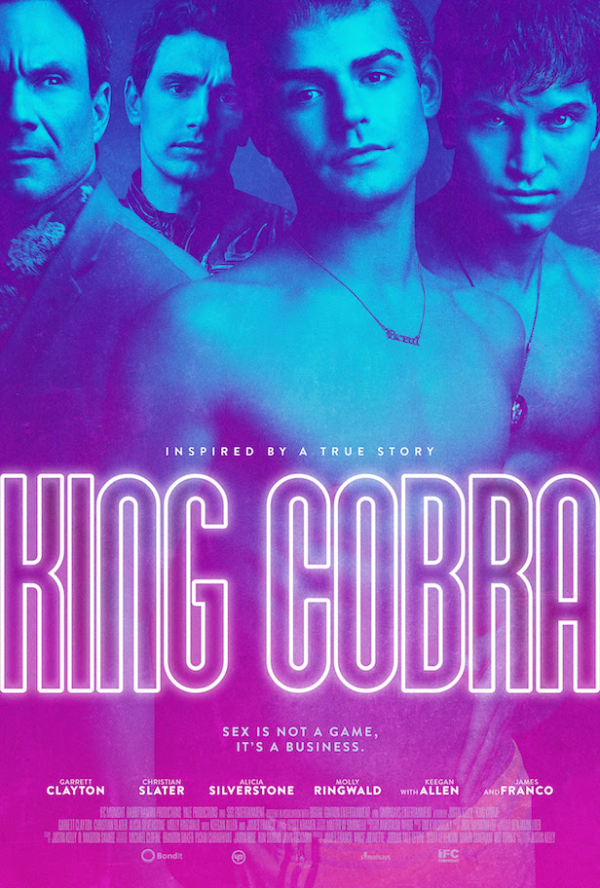 In advance of the film's bow, check out this scene to see if it tempts your tummy with the taste of nuts and money.

Garrett Clayton Won't Tell You What He Does In His Bedroom Every Day (Nobody Asked Ya!) Comments (0)

More disappointing language from Garrett Clayton, star of King Cobra, on his decision not to comment on his sexual orientation.

In a Q&A with Chris Azzopardi of PrideSource, Clayton—and I chalk some of this up to his youth—equates gayness with the stuff we do in our bedrooms:

I mean, they probably would feel a lot differently if people were calling them and saying, “So tell me: What you do in your bedroom every day?” This is my job. And I'm happy to promote my work. And I'm happy to stand up for things I believe in. If people can't see the positivity in that, then I think that's up to them. You can have Mother Teresa giving food out and somebody will find something negative to say.

I continue to argue: We know Robert De Niro likes chicks—what's so special about gay actors that their sexual orientations should be sacrosanct? Only homophobia benefits from that particular veil.

Read the rest of his articulate but, IMO, flawed arguments on the topic at the link.

Clayton also expresses sympathy for sex workers, talks about his crash diet for his nudity-charged role in the movie and speaks at length about his comfort with being undressed in front of the camera vs. at home.

Disney Channel star Garrett Clayton is doing what most kid stars do ASAP—he's ditching that label by embracing the total opposite, playing gay-porn star Brent Corrigan in King Cobra.

He's also politely dodging questions about his sexual orientation, which is fairly ironic considering it's National Coming Out Day and the piece in question is a new Q&A with Out. The magazine's very name takes for granted the importance of being publicly honest about one's orientation

I don’t really like talking about my personal life. I like a certain amount of veil. I’ve been very lucky this year. I haven’t been brought down because people are focused on who I’m dating, what I’m eating, or what handbag is the best handbag — that’s so cheap to me. But if others want to open up about their personal lives, that is their choice. It’s not for me to judge.

Not wild about this kind of evasion when directly asked.