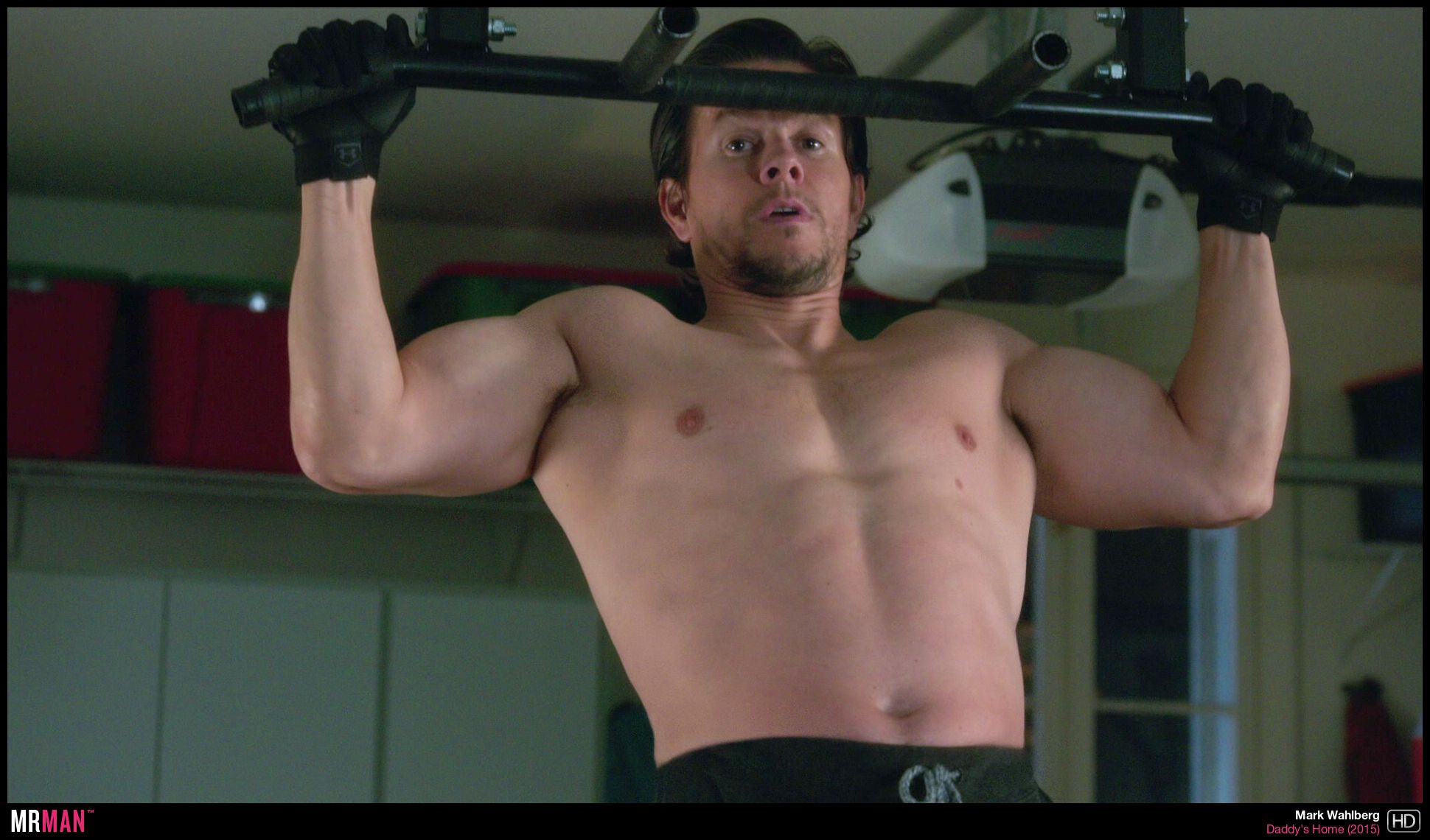 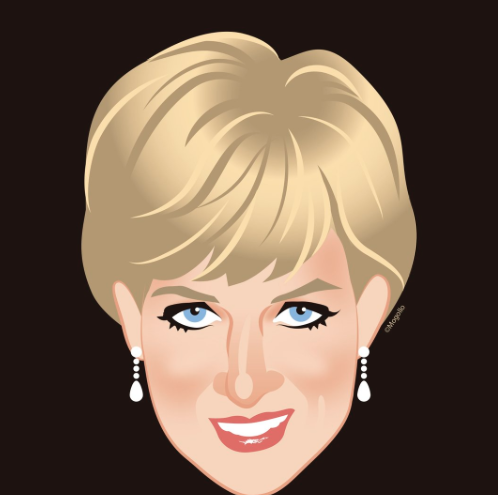 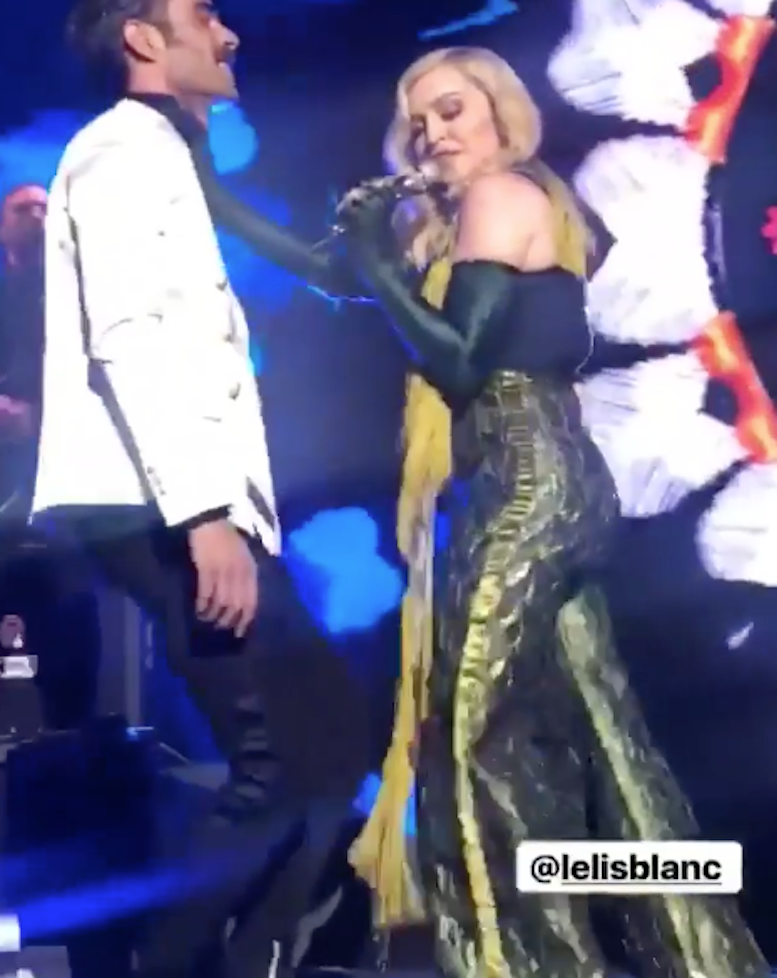 Along with Kortajarena, Madonna also left the stage and danced with attendees! (Image via Instagram @lelisblanc)

Madonna wore a cute Steve Nicks-esque boa over a sleek, gold suit to rock Leonardo DiCaprio's Fourth Annual Saint-Tropez Gala to benefit the Leonardo DiCaprio Foundation, and she didn't scrimp on the hits — or the tits.

Discarding the boa, she rocked plenty of cleavage, but still maintained a pleasingly sophisticated air as she doled out “Ghosttown,” “Ray of Light,” “La Isla Bonita” (during which model Jon Kortajarena demonstrated that he likes her boogie-woogie), “Open Your Heart” and even “4 Minutes” — singing some of Justin's part!

There are plenty of snippets popping up online.

6-PACK — This Game Is Making Me Thirsty + Another NYC Landmark Vanishes + Shower Power + Cooper's Tweet Is A Written Version Of Him Holding Up Kathy Griffin's Severed Head + Hammer Time! Comments (0)

Thank God all gays have the perfect V torso. (Images via Obscurasoft.com) 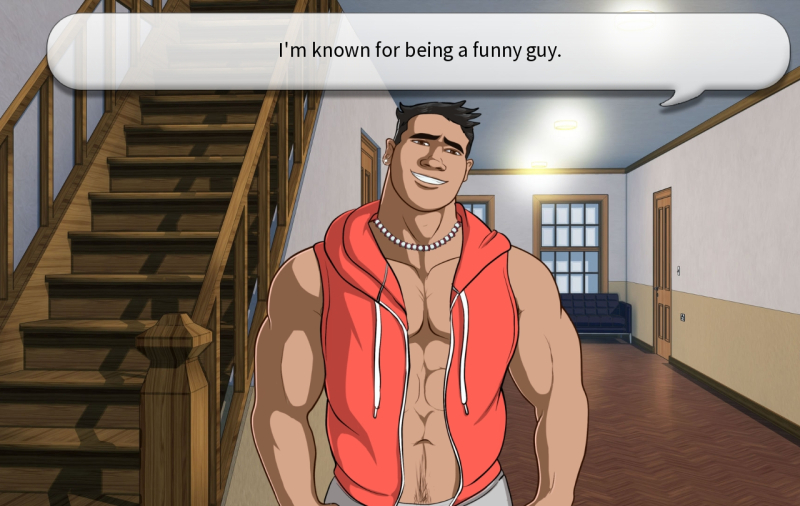 Huff Post: Trump plans to remove the U.S. from the Paris Climate Deal — following the lead of Nicaragua and Syria.

Kenneth in the (212): Another piece of New York City (and Madonna) history just went kaput.

BosGuy: Buncha naked jocks in the shower, grinning ear to ear, and I'm s'posed to come up with a clever caption?!

OMG Blog: Armie Hammer — who's into rough sex — jokes that he enjoys punching during sex while also discussing if he got boned up kissing Leonardo DiCaprio. 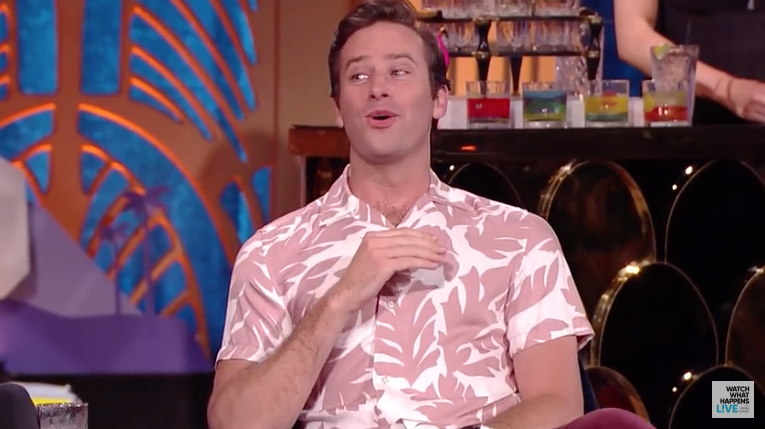 J. Edgar sucked, but at least the Leo lip-lock was good for Armie. (Video still via Bravo)

Intel: Putin himself directed how to use materials hacked from DNC.

Twitter was kept from Trump's big tech meeting ... because it had refused to allow a Crooked Hillary emoji. 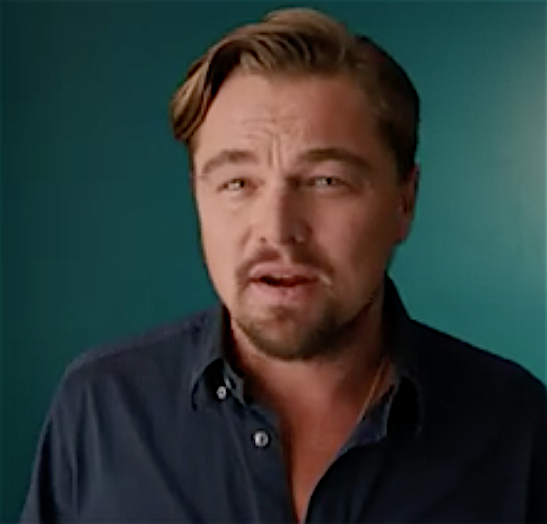 I'm not down with his use of “agreeance,” but Leonardo DiCaprio is to be commended for stating that no climate-change deniers are fit for public office, period, making the case that to disagree with the science is to disagree more broadly with the modern world, and with facts.