ABOVE: Ellen DeGeneres reacts to the election, says she wants to keep us entertained.

Log Cabin Republicans ask for $$$ to save LGBTQ+ advances won under Obama!

Why Log Cabin Republicans declining to endorse Trump is “too little, too late.”

Yes, he even lifts, bro:

Baby, You're my favorite thing.

Adrian Armas continues to be beautiful:

Jesus, there've been 10 movies in the Halloween saga? (None can top that first one.) 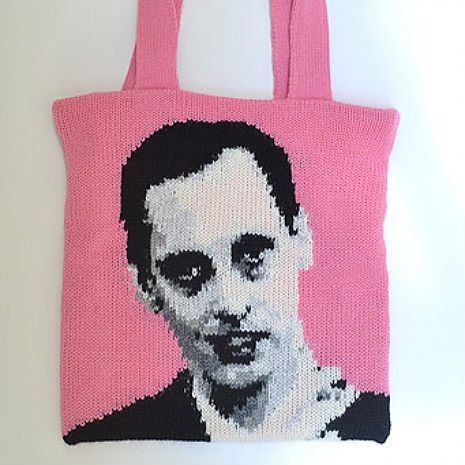 Remember when Mitt Romney's advisor said the candidate would start all over after winning the primary, just like an Etch A Sketch? It was terrifically damaging to Romney, who became perceived as a say-anything/do-anything-to-win candidate.

Now, Donald Trump himself is telling us—in so many words—that he plans a makeover for the general election. Watch the meme above for some of his most transparent statements, delivered with a glibness that telegraphs his contempt for the intelligence of the unwashed masses.

Every candidate evolves, morphs, changes his or her mind, but this kind of winking sideshow approach to getting into the Oval Office should be rejected—and roundly.

Then again, the anti-gay gays among the Log Cabin Republicans are gushing that Trump will be the most gay-friendly Republican nominee for president ever. Maybe (hard to tell since gay rights hasn't been an issue that long), but a gay-friendly Republican is a person whose party's platform is explicitly anti-gay and whose constituency is overwhelmingly anti-gay. Also, I seem to recall the Log Cabinites going after Trump on his scattershot marriage position just weeks ago.