BELOW: Keep reading for a male-model Monday, Santos's latest alleged rip-off, death of a sex symbol and more ... 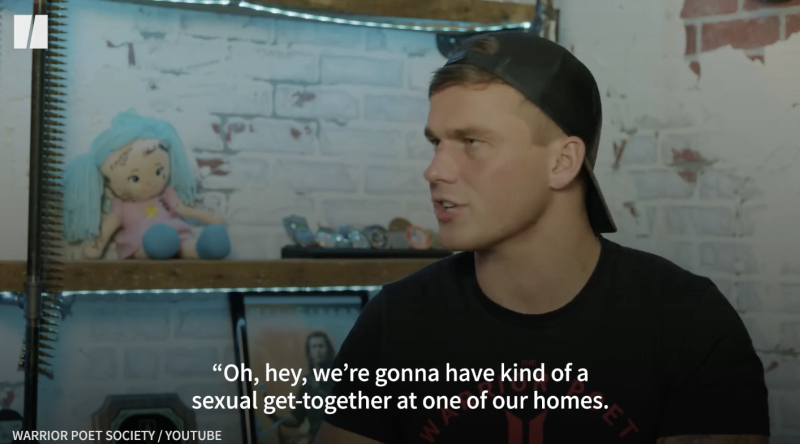 Frosh Rep. Madison Cawthorn (R-North Carolina), one of the most famous members of Congress — and arguably a GOP standard-bearer — was driven to ignominious defeat in his state's Republican primary after a series of missteps and GOP attacks.

The 26-year-old D-bag called someone you never heard of to concede late Tuesday.

Gee, when McCarthy said Cawthorn has lost his trust over that cocaine-orgies allegation, he meant it!

It's been a drip-drip-drip of scandals ever since.

Now — KERSPLASH! — Cawthorn is seen on video being felt up by his young aide as they talk about naked bodies and passion, the same young aide he stands accused of spending money on, and making loans to. (Some are pointing out the aide is a distant cousin, which adds to the whole “it's Chinatown, Jake” vibe.)

It's all at the odious DailyMail.com.

If you're one of these gays who thinks Cawthorn is cute and shouldn't be mocked, howzabout insider trading?

Or bringing a gun to an airport (twice)?

Or multiple driving offenses, including driving on a revoked (not expired) license?

ABOVE: You get banned on IG, he doesn't.

BELOW: Keep reading for vintage beef, Madison Cawthorn in hot water and more ...

Madison Cawthorn Thinks Y'All Are PERVS ... Also, Partying With Him Is A Drag Comments (0)

ABOVE: Breaking in a new Mantique.

BELOW: Keep reading for a gay outbreak, Randy Rainbow profiled, Madison Cawthorn fighting to stay on the ballot ...

BELOW: Keep reading for Marge's attack on Mittens, Elon Musk gearing up to be POTUS or VP and more ...