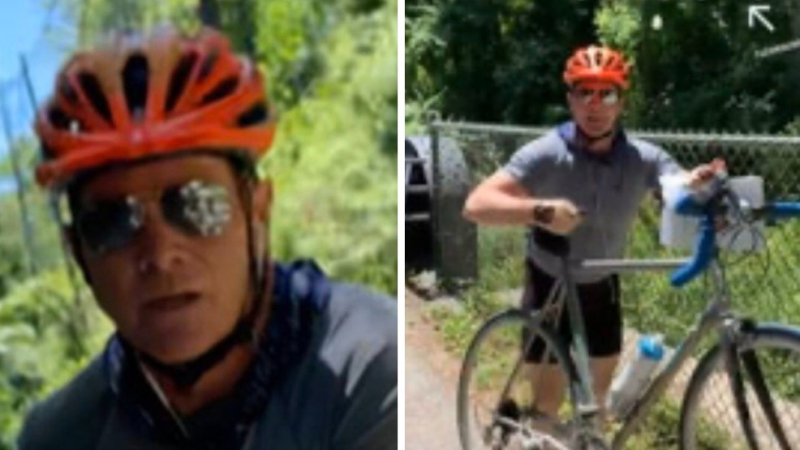 I don't like his chances of getting away with this. (Images via video still)

He's going to be caught, but it's an outrage that a male bicyclist on a Bethesda, Maryland, trail took it upon himself to physically grab signs a family was placing up in honor of George Floyd in an incident that took place on June 1.

Yes, he also menaced and assaulted the underage daughter in the act, and seemed to be fully enraged from start to finish.

Video is a shocker, even in a shocking time ...