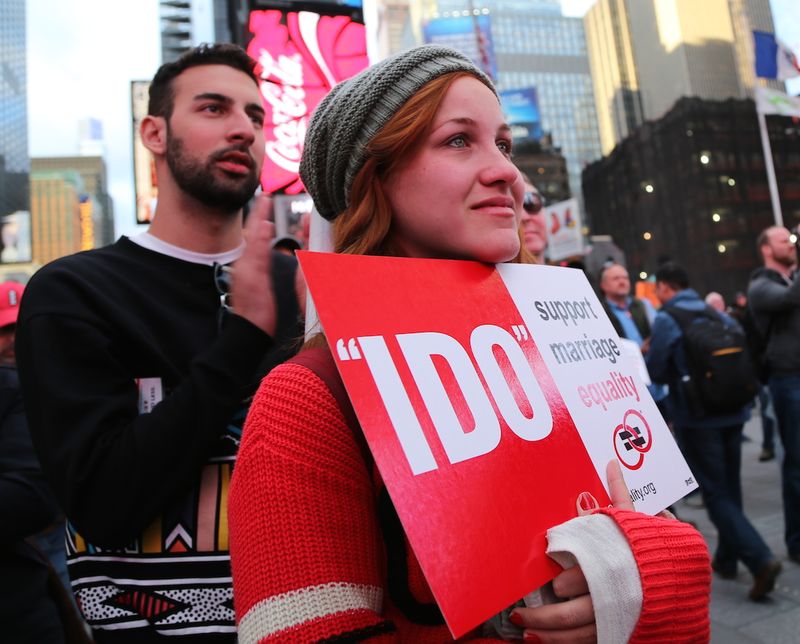 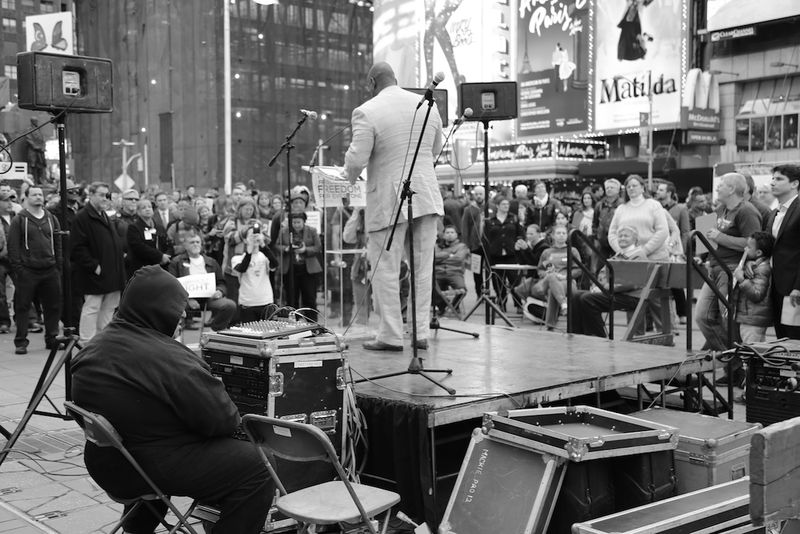 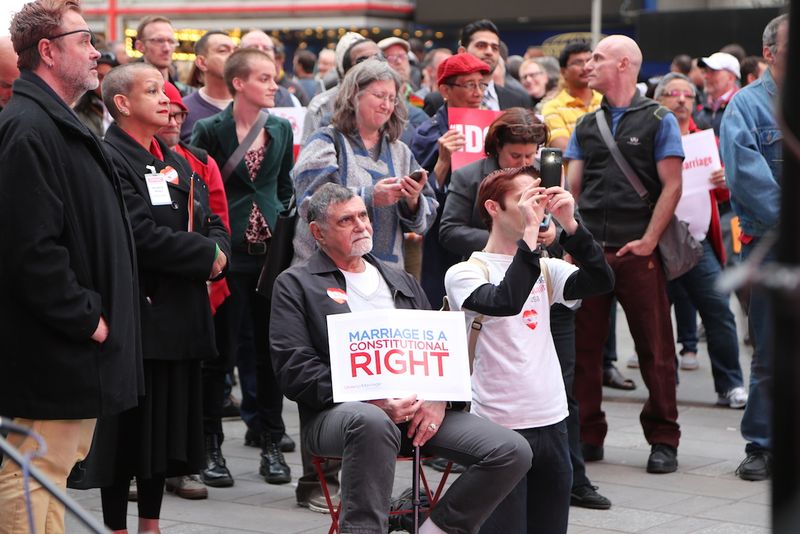 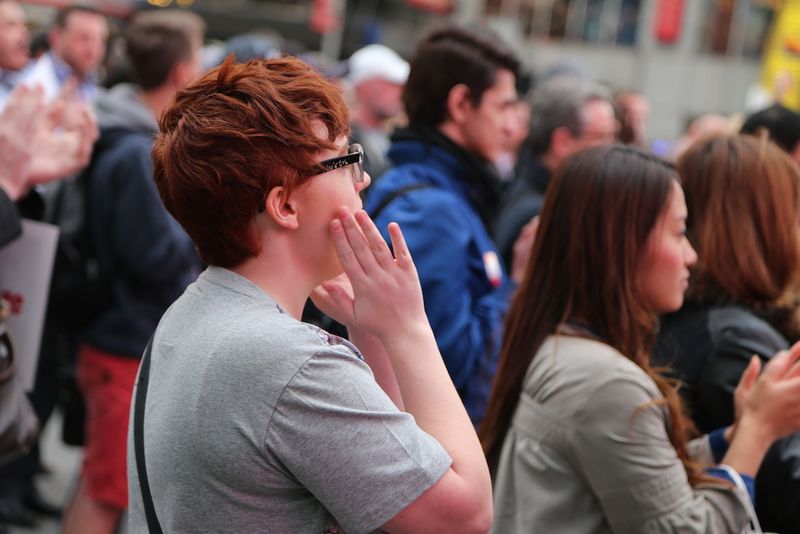 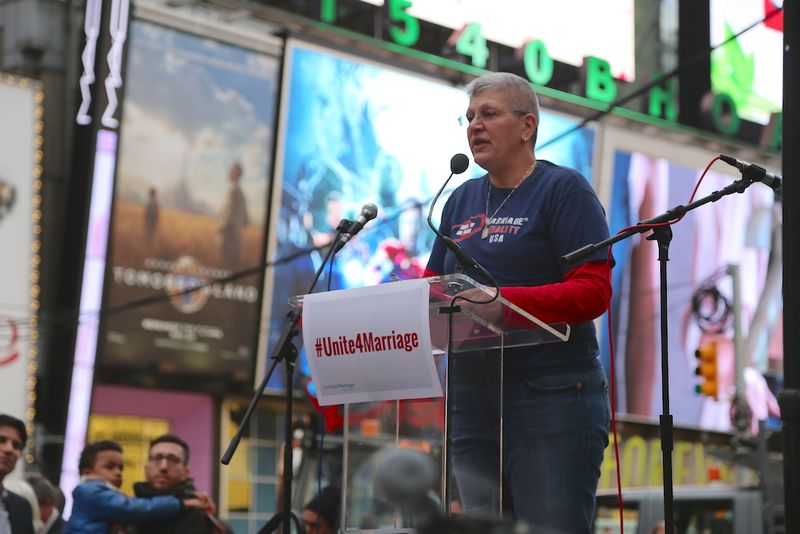 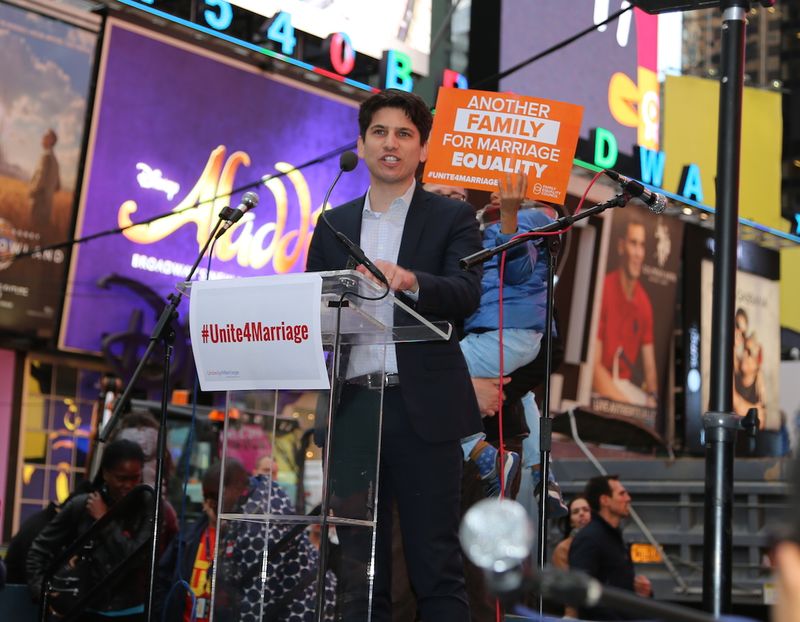 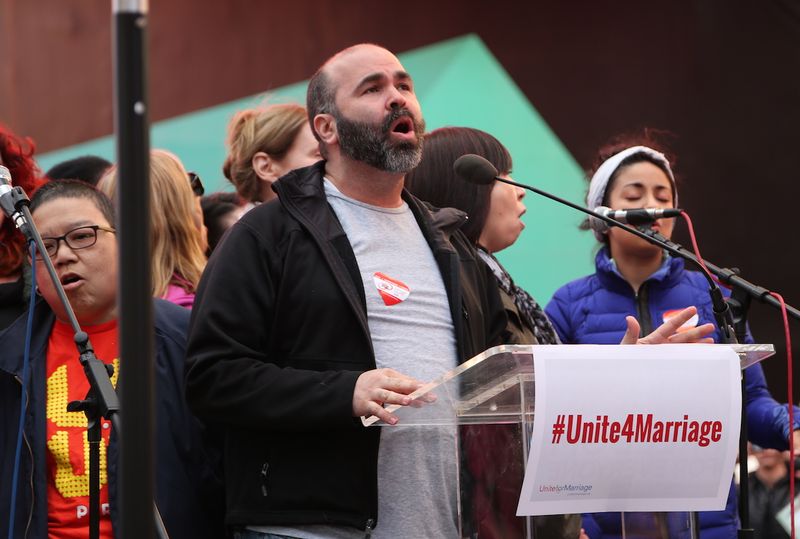 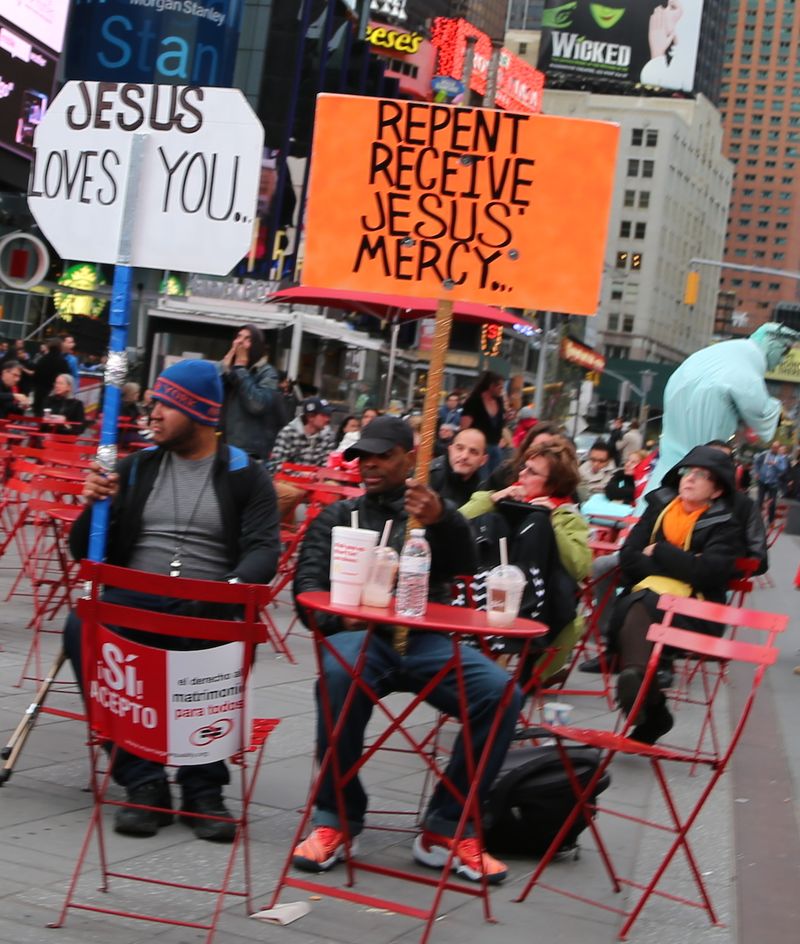 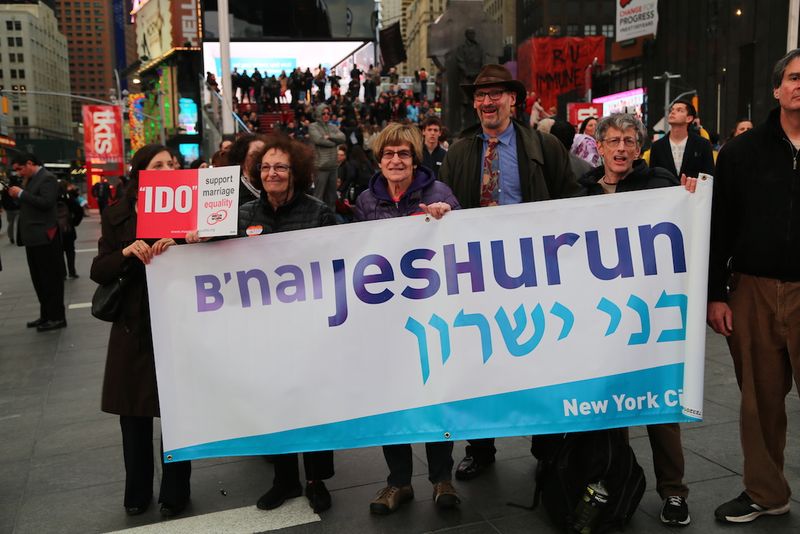 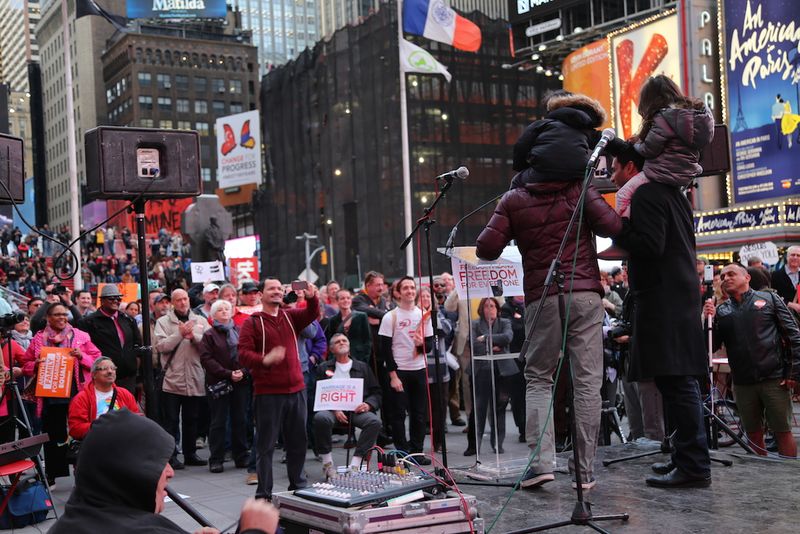 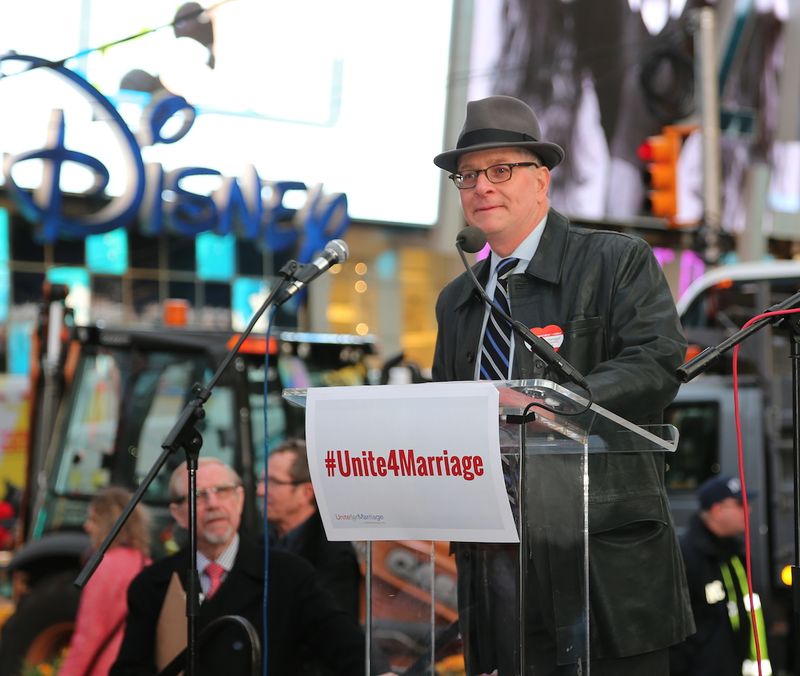 Tonight at 6 p.m. was the rally for marriage equality in Times Square, ahead of this week's final arguments at the Supreme Court on the matter. A couple of hundred people gathered while several speakers amped up the crowd, including married gay couples, married gay couples with kids and a clergywoman who boldly said that we need to move on from anything in the Bible that doesn't lead to God. (She's talking about all that anti-female, pro-slavery, anti-gay, anti-shrimp-eating crap.) 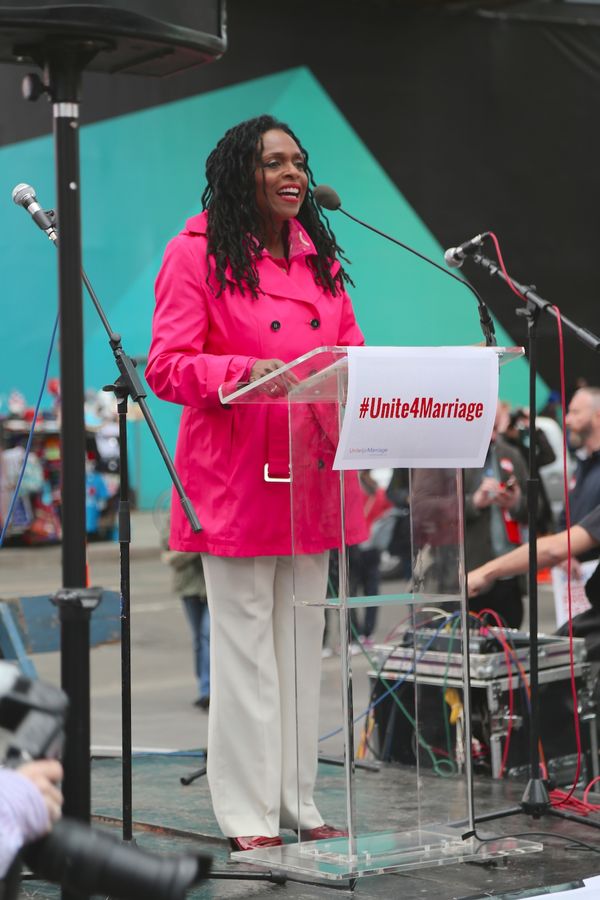 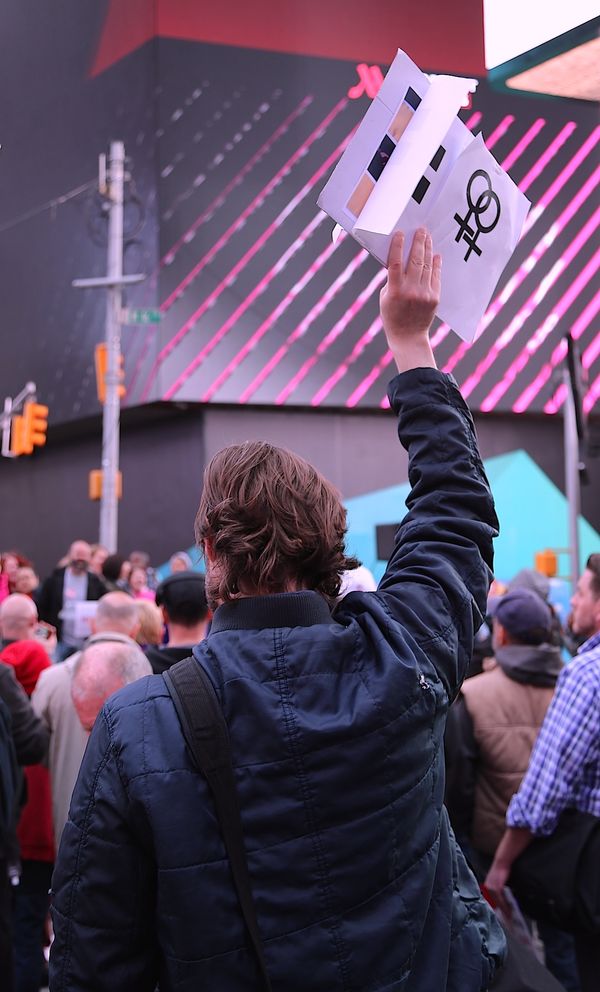 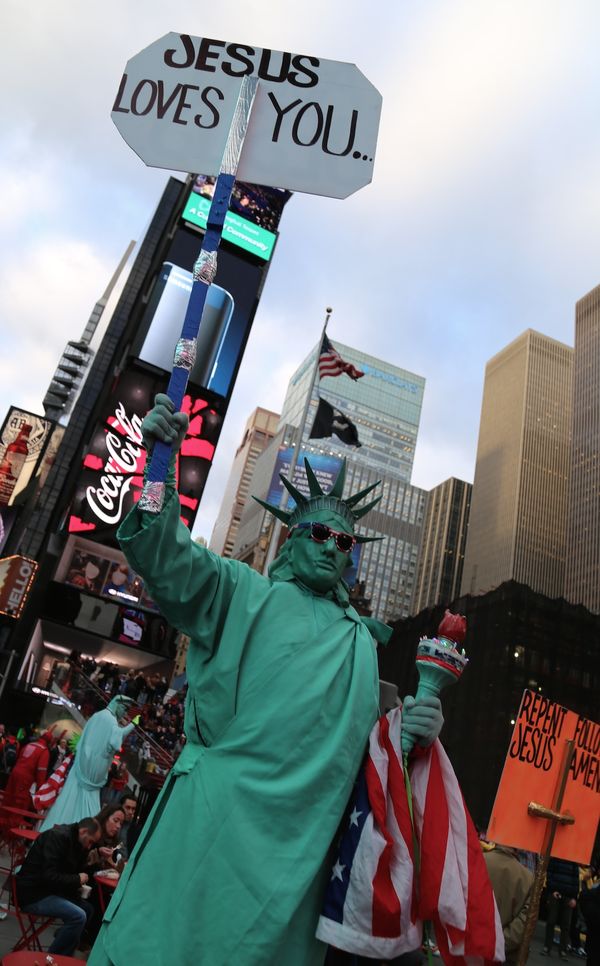 This (male) Lady Liberty spoke no English, but asked one of the Spanish-speaking gay dads to translate the Biblical references. He commandeered this sign from the (very few) anti-gay protesters.

Then, there was a smaller but spirited protest outside The Out NY on W. 42nd St., urging people to boycott the hotel because of the actions of owners Ian Reisner and Mati Weiderpass. This group swelled once the Times Square rally wrapped (late). It was a little disorganized, with some calling for Reisner and Weiderpass to make generous donations to gay groups, and at least one man demanding they keep their money. 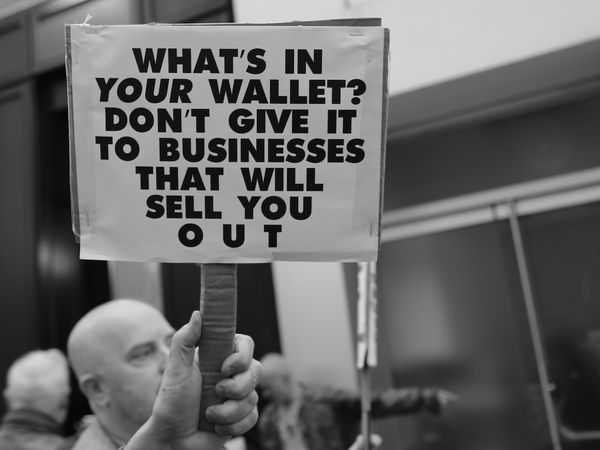 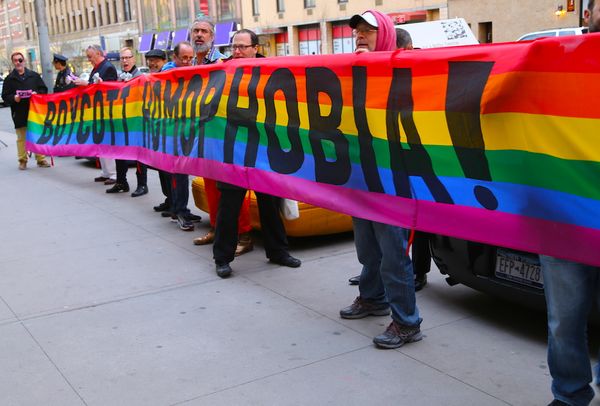 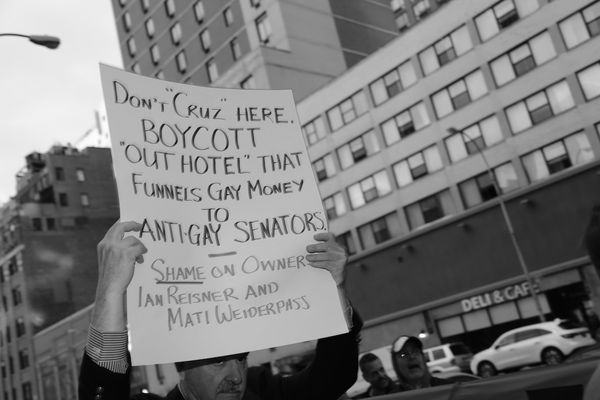 The message was clear.

Cries of shame had passers-by curious, and everyone I told about what the event was all about reacted favorably—and were shocked to hear the owners of the gay hotel had no idea Ted Cruz was virulently anti-gay. 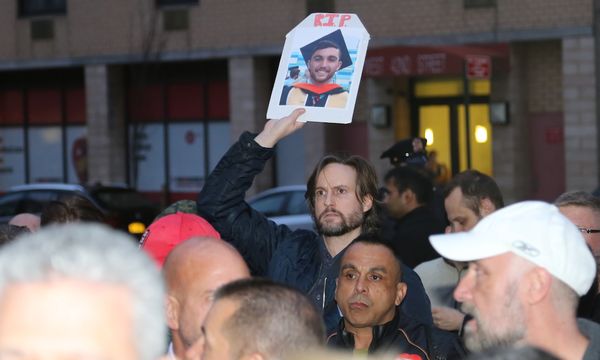 Sean Verdi is not forgotten.

The event also had a visible contingent in support of the late Sean Verdi, who was earlier found dead in the bathroom at Reisner and Weiderpass's apartment after one of their very well known all-night parties. 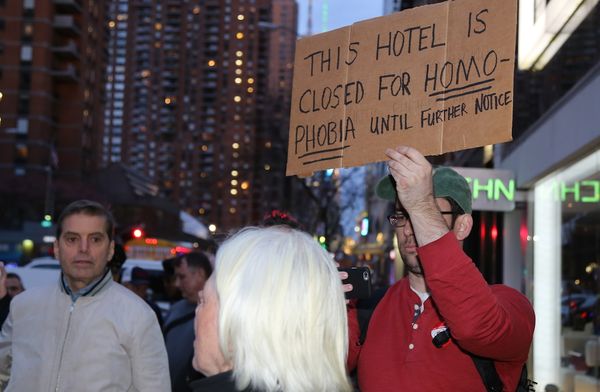 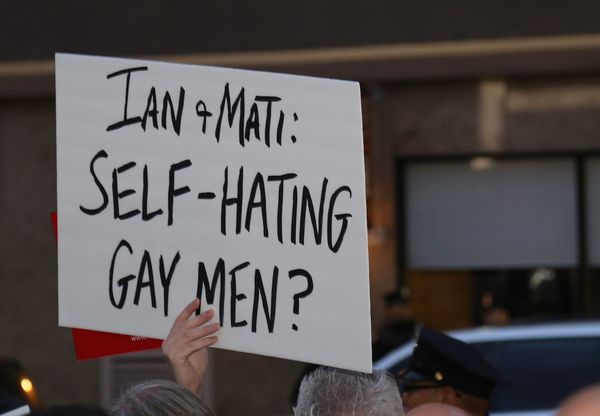 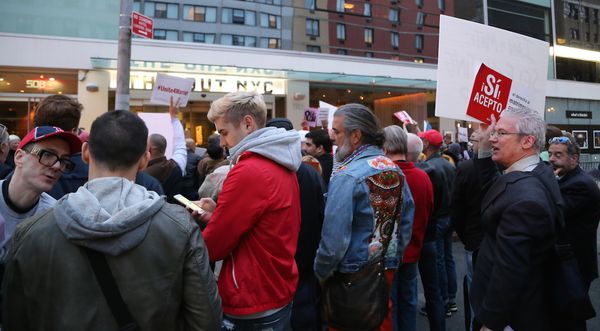 Cries of, “We'll be back and we'll be stronger!”

It will be interesting to see if LGBT businesses avoid The Out and the Pines over this issue, or if Reiser and Weiderpass's dual apologies will blunt the protest.

Hillary Clinton is a woman.

Those people in the 666-6666 commercials are lip-synching.

Warren Beatty and Shirley MacLaine are ... brother and sister.

Brad and Jen broke up, as did Bennifer (all of them).

Oprah Winfrey is rather well-off.

Kanye West is a little on the self-absorbed side.

The check isn't in the mail. It isn't even written.

And, in fact, Ronald Reagan is dead. RIP.

And yes, Sen. Ted Cruz (R-Texas) is virulently anti-gay, and has said as much nearly every time he's been anywhere near a mic.