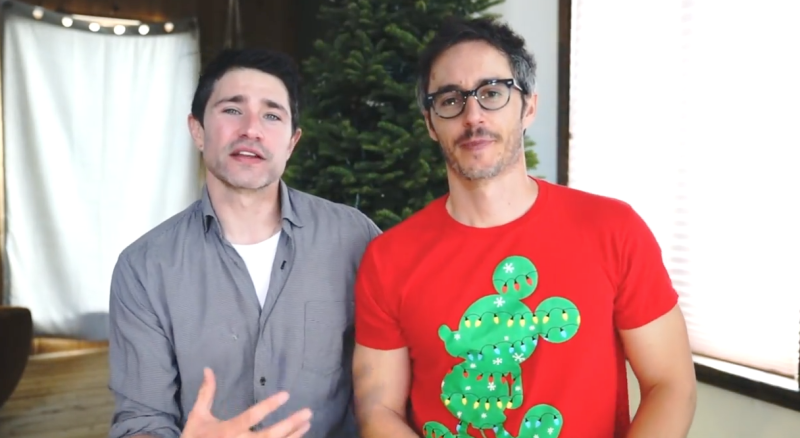 Matt Dallas and his husband Blue Hamilton (subscribe to them here) are raising cash for children and teens this holiday season. And religious nuts say gay marriage destroys families ...

(Image by Kym Ventola for People)

Just 10 years ago, it seemed like it would be a cold day in hell before young, leading-man-appropriate guys in Hollywood would actually come out of the closet.

Though we have yet to hear from some of the industry's most unrepentant closet cases (I know, I know—the journey, the journey), quite a few actors have made it official, including former Kyle XY cutie Matt Dallas, who came out in 2013 and wed singer Blue Hamilton last year.

Now, Dallas and Hamilton have granted an exclusive interview to People, in which they open up about raising son Crow, 2:

“We locked eyes. And he had a giant smile on his face,” Dallas tells PEOPLE exclusively of his son Crow, now 2½. “It was a moment. Instantly we knew, that’s our kid!”...

The couple, who also have a YouTube channel, matt + blue, went through a certification process to become foster parents, in the hopes that it would lead to a formal adoption.

“There were so many kids, and so many stories that broke our hearts,” says Hamilton, 36, of the 19,000 children in foster care in the couple’s home state of Arizona. “We wanted to feel like we were doing something good for a child out there.”...

Now, “it’s as if he’s always been here,” says Dallas, 33. “Blue and I both knew that we would love [an adopted child] the same [as a biological one]. The amount of time we spend with that kid and the bond we have, it makes no difference. He’s ours.”

Great way to make use of the world's incurable interest in fame, by spotlighting an aspect of your life that can lead to bettering the lives of others.

Read more about the family at People.

On a #TBT note, I think I look enough like Crow that I could maybe be adopted by Matt & Blue and would blend really well: 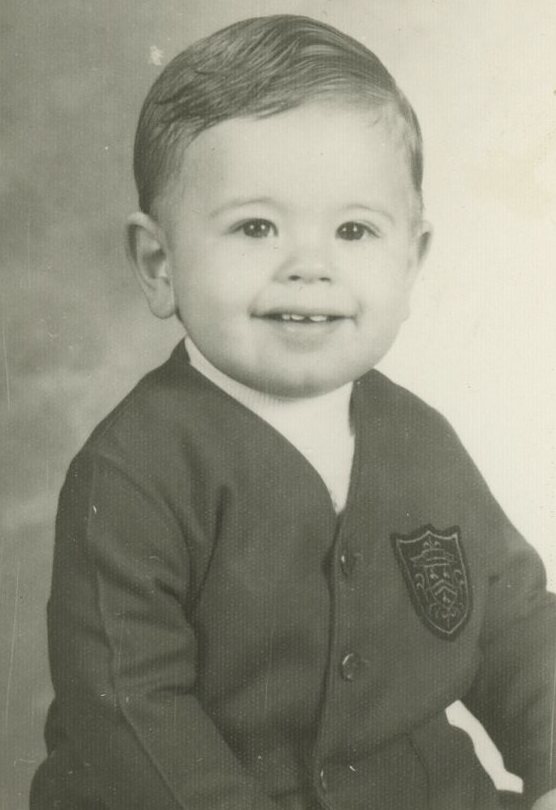 This looks like I was in a fraternity or something at age 1! (Image via Matthew Rettenmund) 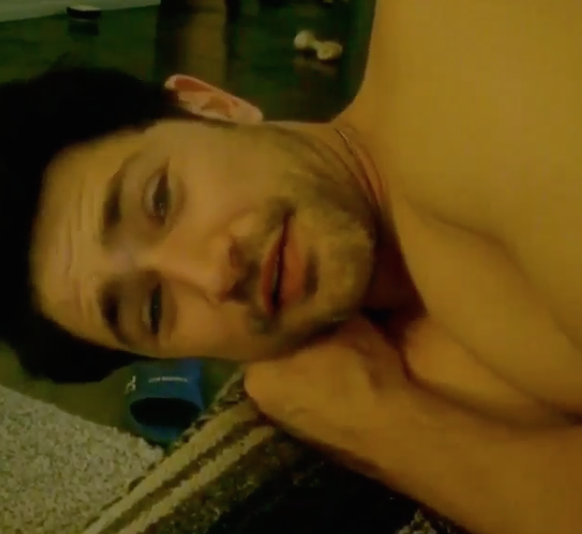 Matt Dallas answers fan questions sans shirt. In the first one, he and the camera move around like something really, really interesting is happening out of view ... 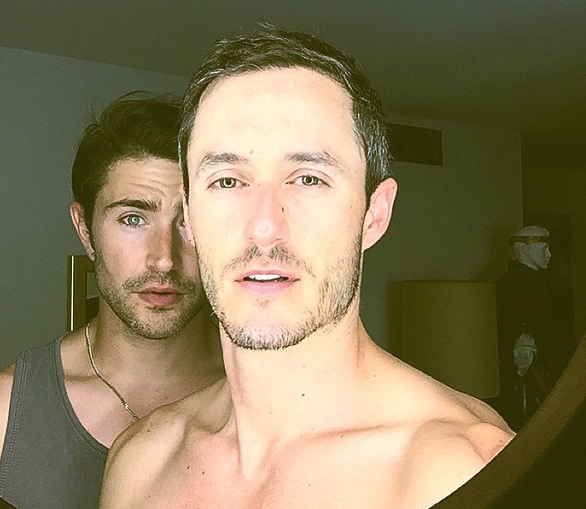 Matt Dallas has announced he got married to his partner Blue Hamilton (Matt definitely had the something blue ...) this 4th of July, showing off his marriage certificate via social media.