So Mark Meadows, Matt Gaetz and a bunch of staffers have COVID four days after Election Night....I wonder what was going on at the White House that night 🤔...oh that’s right a maskless indoor superspreader in the East Room pic.twitter.com/njQEtRRjOw

Considering the sheer volume of noteworthy Trumpers who have become infected with COVID-19 so far, and the wealth of pre-existing conditions that can make it an especially challenging illness for some, it's surprising only one prominent Republican — Herman Cain — has succumbed to it. I guess it is a testament to expanding treatment options.

But in an effort to test reality to the bitter end, Trumpers have been flouting safety throughout the end of his unsuccessful campaign, and now two more are COVID-19 positive:

Rep. Matt Gaetz (R-Florida), one of the most supercilious jerks in the House (he just easily won re-election, since he reps one of the most right-wing spots in the land), is now officially a carrier. This comes after he mocked prevention by wearing a gas mask on the floor of the House, and after his attendance of numerous super spreader events. He's young, and will probably be fine.

More importantly, Trump's villainous chief of staff, Mark Meadows, who has mocked masks and who infamously declared the U.S. would not be able to do anything about the pandemic, not only has COVID-19, he was around numerous people while sick — and reportedly tried to keep his status a secret. The people he could easily have infected include Jared Kushner, Ivanka Trump and many more. Four more Trump staffers currently have it, all from the last push during the campaign.

Meadows was at the White House on election night, too.

These people have no shame. The people who tried to re-elect Trump don't seem to care. 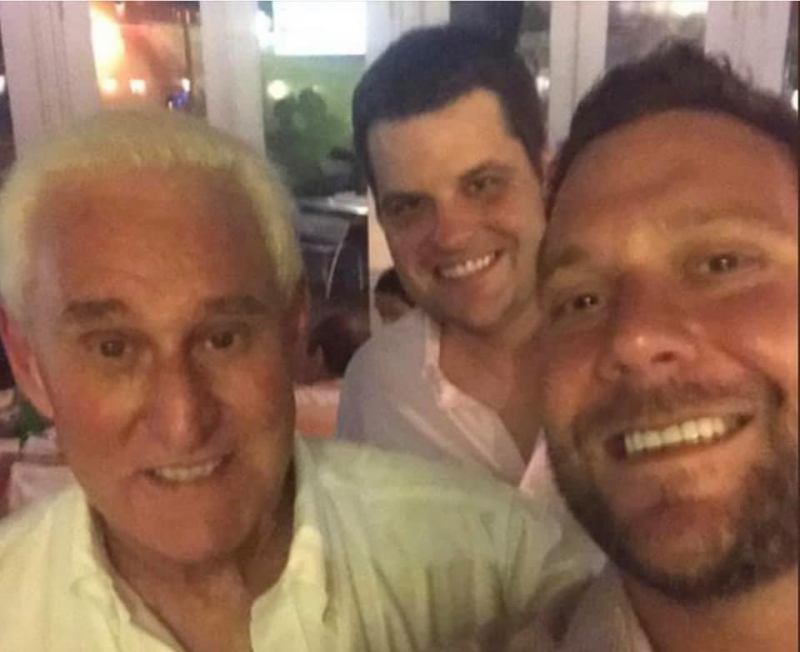 Nestor, Poked To Do So, Makes His Painful Political Theater Debut Comments (0) 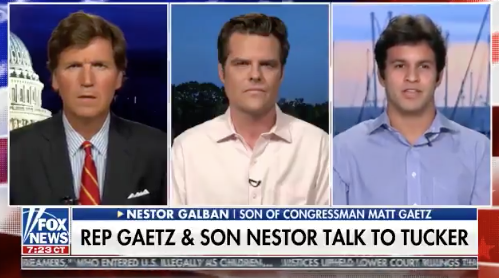 The faux outrage in this interview is embarrassing, truly, but here is the out-of-nowhere Latino son/ward of Rep. Matt Gaetz (R-Florida), Nestor, talking to Fox News.

Tucker Carlson knows this is bullshit, and the absolute most cringeworthy moment is, after Nestor struggles to say anything meaningful and finally spits out the buzz word “hypocrite” (clearly coached), Tucker says, with syrupy falsity:

Gaetz does not know this is bullshit, because he's sweating bullets over swatting at a black congressman over race, and in his mind, paying for the upbringing of a teen boy born in Cuba makes him a white savior. Also, he drinks.

Nestor has no fucking idea what's going on.

But the bottom line is: