ABOVE: Send more feet pics! That's probably what this model's inbox was full of before he posed like this. 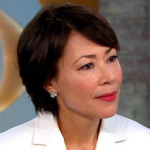 Ann Curry is speaking out for the first time at length about the allegations against Matt Lauer, and she's seemingly pulling some punches.

Still, her statement comes off as velvet-glove damning, no? (Also, I want her skincare routine written down for me — she's 61!)

I think it's funny that Charlie Rose's former co-hosts are acting all shocked that Ann knew anything. When she says she'd be surprised if any woman at NBC expressed surprise, I wonder if she's nudging Katie Couric ...

Not every wound can be seen. Our veterans deserve the best mental health services we can give. #NBCNewsForum pic.twitter.com/vHoPy09BvC

Hillary Clinton was on-point on military issues at tonight's forum. Matt Lauer, not so much. What a tool—he torched Hillary (tried to) and let Trump tell a massive, demonstrable whopper.

It's A Hard 3 Letters To Absorb: Charlie Sheen Comes Out As HIV Positive Comments (0) 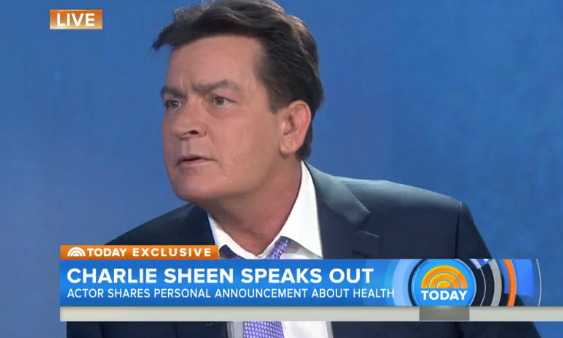 Charlie Sheen has come out as HIV positive on Today in an interview with Matt Lauer this morning.

Sheen said he wanted to “admit that I am, in fact, HIV positive.” He framed himself as a victim, focusing on the millions he has paid to “unsavory” sex workers in hush money, including one who took a picture of his HIV meds and threatened to sell it to the tabloids.

As far as his actual diagnosis, probably his most memorable quote is, “It's a hard three letters to absorb.”

Sheen emphatically said it's impossible that he has transmitted his HIV and that he has informed every single sex partner of his status before having sex. He does not know how he contracted HIV, but flatly denied intravenous drug use.

“If there was one guy on this planet to contract this that's gonna deliver a cure, it's me ... it's me. I mean, seriously. Seriously.”—Charlie Sheen

Sheen was asked about HIV laws and seemed to support them, saying he “respects” that reality. He also says reports that he has “intentionally spread AIDS” are the most offensive of the recent wave of rumors that he's read.

Blind Item Blows Up: Charlie Sheen To Reveal He Is POZ Comments (0) 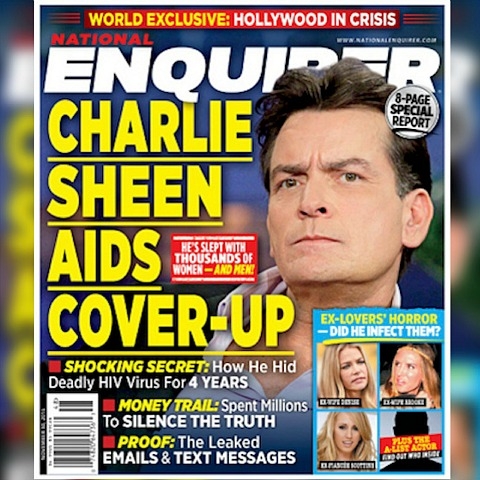 National Enquirer is running with its story that Charlie Sheen is the Hollywood womanizer rumored to be HIV positive, in an issue hitting newsstands November 18.

Bolstering its assertion, Sheen will be interviewed by Matt Lauer tomorrow, Tuesday morning, in what the show describes as a personally revealing interview.