ABOVE: He was sexy on Lost in Space, but sexier as Zorro. Follow here.

BELOW: Keep reading for a hot weatherman, a dead Trump doc, the armed and dangerous Republican from North Carolina, Biden facing impeachment on Day 1 (ha!) and more ... 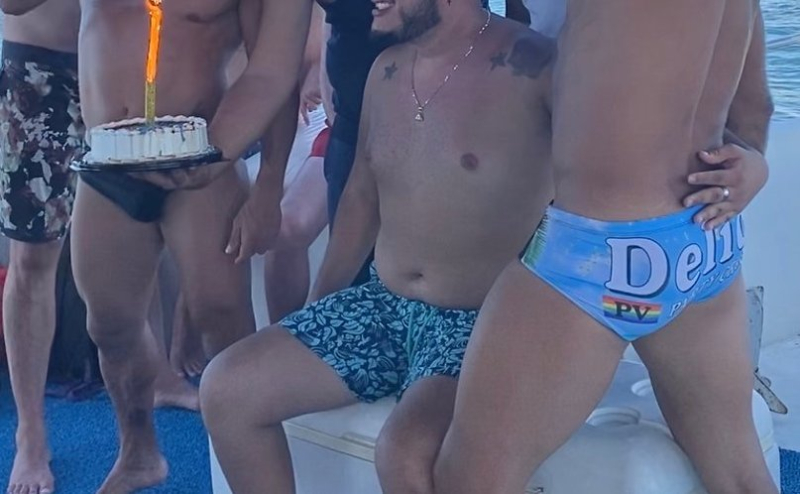 The vessel sank slowly, according to one gay patron (who flew in a pandemic from Chicago to Puerto Vallarta to ride on a packed party ship, so, yeah), and reports state that none of the 60 or so people involved were injured, let alone drowned. UPDATE: Christian's death was determined to have been from natural causes.

Ash Christian, a gay filmmaker who in his 14-year career won the Emmy; wrote, directed and starred in Fat Girls (2006); and produced the acclaimed Yen Tan film 1985 (2018) died overnight in Puerto Vallarta, Mexico, where he had been on vacation for two weeks.

His passing was confirmed by his collaborator Yen Tan on Facebook:

Information is sparse, and the following could change, but Christian may or may not have died of COVID-19; he had not been tested for it. He was apparently found dead Friday morning after having been ill for a couple of days.