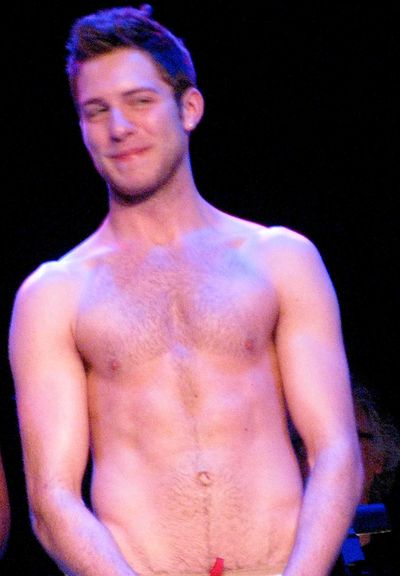 And this bitch didn't even win! 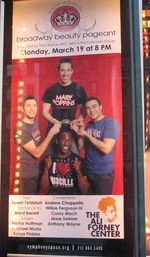 This past Monday, I was thrilled to attend The 6th Annual Broadway Beauty Pageant, a hilarious and ribald event staged at Symphony Space (before a sold-out crowd) to raise money for The Ali Forney Center.

As a member of the Host Committee, I'd pledged to sell $500 worth of tickets, which I absolutely did—mostly to myself! I took José, brought my pal Jason along 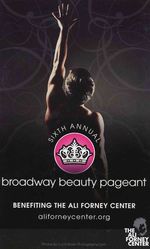 (VIP tickets including the afterparty) and the rest went to a Boy Culture reader who later informed me he'd been a homeless gay youth just a couple of years ago and to a lucky, last-minute couple.

As much work as it was trying to interest people in tickets, the show would go on to sell out, raising a record-breaking $75,000.

Arrived early to cover the junior red carpet, but it was kind of a bust for me because as a hobbyist blogger, I don't have pro lighting and it was in a 100-degree antechamber that might as well have been a cave.

I grabbed a few quick tidbits from the contestants but skipped everyone else, including judges Jackie Hoffman, Michael Musto and Tonya Pinkins, feeling bad about taking up anyone's time when they were impossible to see. Speaking of which,I didn't see expected guests Paul McGill, Rachel Dratch or John Glover, but I did at least make the acquaintance of Broadway expert Richie Ridge, one of whose helpers turned out to be Alex, a Boy Culture reader who kept my spirits up in the stifling heat. 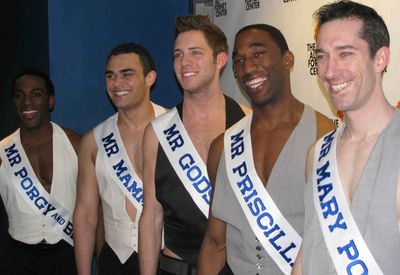 Probably lots of Preparation H on those fresh faces (in some cases, perhaps coincidentally)

Sat down just in time to see the show open, featuring hysterical emcee Tovah Feldshuh who, as she pointed out, starred in Broadway's longest running one-woman show—take that, Lena Horne. She cracked wise about Grindr, Boy Butter and her many unconsummated Tony nominations. She was, without a doubt, 10 times funnier than last year. 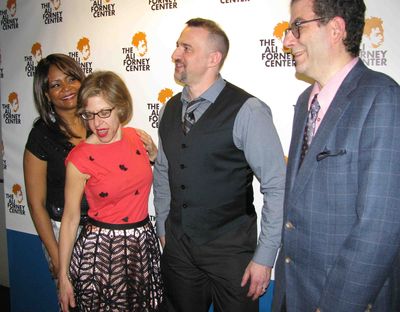 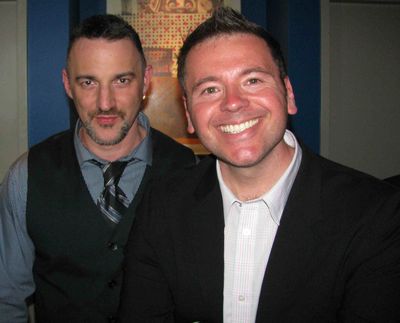 KEEP READING FOR TONS OF PICTURES & VIDEO, SOME OF IT RATHER REVEALING...