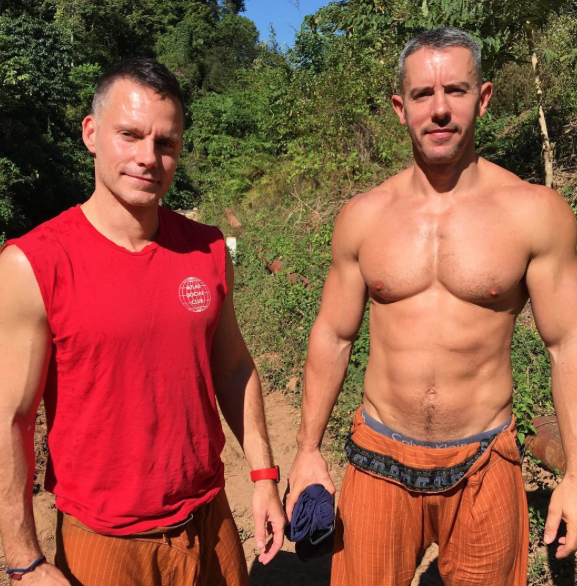 Anderson Cooper is a legit  newsman, but he's also a gay guy whoh wants you to know he has a hotter boyfriend than you do. Check out these shots of the couple (and their pal Pablo) bathing old elephants who were rescued after spending their lives working for people.

Gay people continue to get more and more conservative.

It's okay to stop reading my blog if you think LGBT should abandon the T.

Cops in Austin swarm black guys, beat one, for jaywalking.

Childless James Woods gets knickers in twist over kids swearing.

Bernie Sanders did not work against Barack Obama in 2012.

Ben Carson probably made up this ridiculous Yale story, too.

Even if you're pro-PrEP, should we be glamorizing “partying?”

Plan to close Guantanamo Bay on the way?

Did this harmless-looking teen execute his family?

He sells pics of his naked bod.

Hot 'n' hairy dude is naked, but not. But naked.

Myanmar to have female leader before U.S.

Tim Gunn is NOT a Kardashian fan.