ABOVE: He likes this pic of him. Me, too! 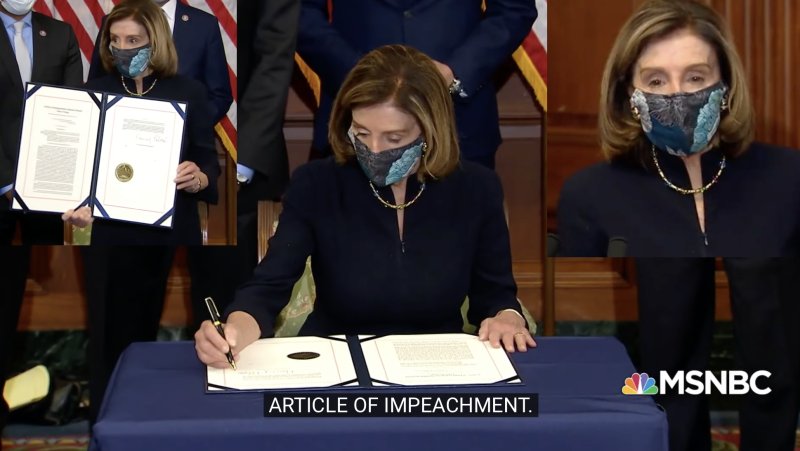 Speaker of the House Nancy Pelosi today signed off on the SECOND impeachment of Trump after a historic vote resulted in every Democrat voting to impeach and a record 10 members of Trump's own party agreeing. 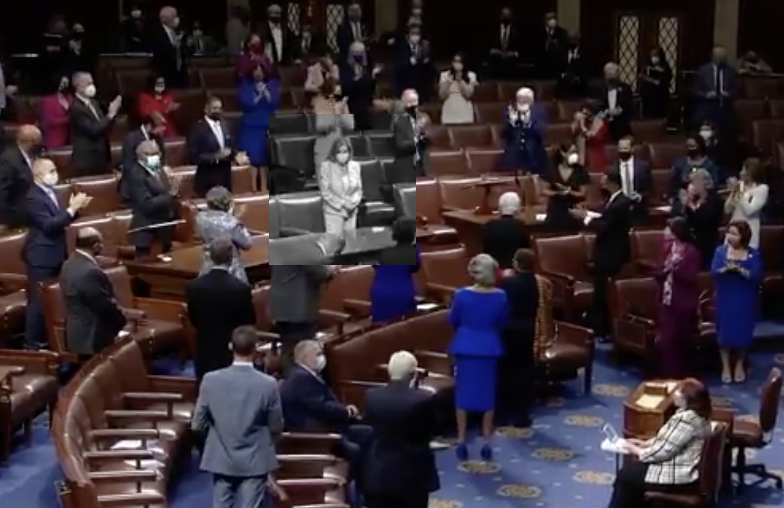 Nancy Pelosi narrowly won enough votes to retain her position as Speaker of the House Sunday in an hours-long session that resulted in a win by 216-209.

This is only the sixth time a SOTH has won with fewer than 218 votes.

To get there, she had to win over some of the 15 Democrats who voted against her in 2019. Rep. Gwen Moore (D-Wisconsin), who was recently diagnosed with COVID-19, was cleared to travel only at midnight, arriving just in time for the all-important vote. Rep. Alcee Hastings (D-Florida) was the only Democratic House member to miss the vote — due to a battle with pancreatic cancer.

Two Republicans were unable to attend, having tested positive for COVID-19 too recently. Three other members (two Ds and one R) who were quarantining without positive tests were allowed to vote in person thanks to the installation of a plexiglass structure.

McCarthy, by the way, has endorsed the despicable efforts by Republicans to steal the election for Trump.

"Therefore, the honorable Nancy Pelosi of the state of California, having received a majority of the votes cast, is duly elected Speaker of the House of Representatives for the #117thCongress."