She and her shadow (All images by Matthew Rettenmund)

Jimmy James is a live performer who blew my young mind on January 18, 1991.

By that time, I — at 22 — had spent a good dozen years obsessing over Marilyn Monroe, who was in vogue again throughout the '80s. I read all the bios and visited those mall stores filled with airbrushed Marilyn posters that were the perfect combo of retro and of-the-moment. I rented her movies, bought an incredible vinyl album with (and memorized) all of her songs and best movie one-liners. Boomers were so powerful they made Gen X respect the favorites of their youth in a way Gen X will never, ever get Gen Z to do — numbers-wise, we simply don't have the range. 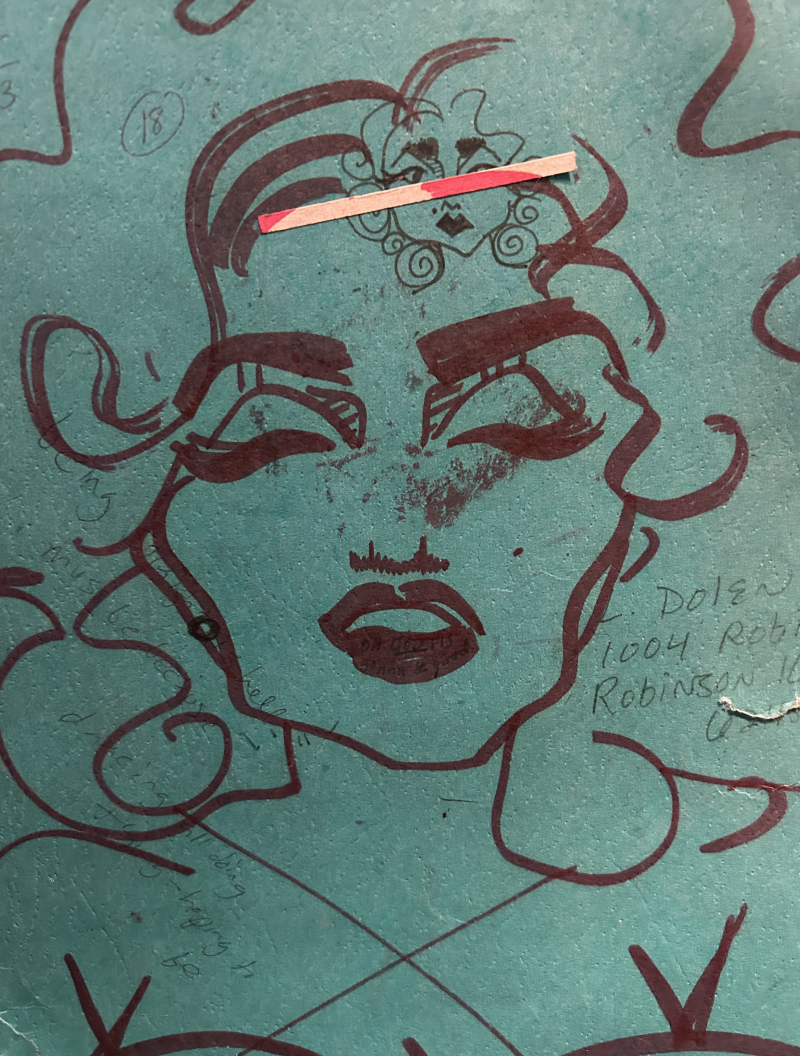 My drawing on a folder of Jimmy circa 1991

So when I saw that a person named Jimmy James, a female impersonator, as we called them then, was coming to one of my fave clubs in Chicago, the aptly named Vortex, where innocence went to die, I made sure I was there. I watched Jimmy from the second floor, gape-jawed at the completeness of the illusion he created, looking every inch the glamour queen. To say he captured Marilyn in spirit is to mean he brought her back from the dead. He had her zaftig form, her gown (the original of which was recently defiled by Kim Kardashian), her cotton-candy hair and her speaking and singing voices. The spotlight was like a halo as we peeked into Marilyn in heaven.

Presuming I have my dates right, Jimmy was already well into what would become a 35-years-and-counting-long career, having KILLED on Donahue in 1987. I was so happy I got to see him, and I was also happy this weekend to discover the San Antonio resident was putting on a show not only in my current hometown, NYC, but three blocks from my apartment! Sub-zero temperatures? Who cares? I could have walked over there naked and avoided any Prince Harry frostbite.

ABOVE: Michael Mancini fever was real.

ABOVE: Queer people attacking Sam Smith think they're just expressing their taste, but doing so aligns with right-wing nuts who literally HATE ALL OF US. Pick your battles.

BELOW: Messages from Tyler Posey, Kevin McCarthy and more ...

ABOVE: Need I say more?!

ABOVE: Omar Ayuso steams things up!

BELOW: Keep reading for what's up with the gay blood ban, gay killer sentenced and more ...