R&B-pop great Stephanie Mills, the original Dorothy in The Wiz and singer of such hits as “Never Knew Love Like This Before” is taking Kanye West and his enabler Nick Cannon to task for their presidential nonsense, and she's not mincing words.

In a recent video, Mills — allowing that West needs mental help — alleged that Kanye is being paid to run for president, but reserved her harshest words for Cannon, who has proclaimed that Kanye has his vote. (Unclear that Kanye's name will even appear on the ballot in Nick's state of residence.) 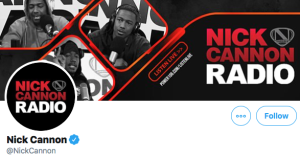 Nick Cannon is hiding behind the greater conversation about racial justice to try to pass off his dangerously bigoted beliefs that nonetheless just got him fired from Viacom, a company with which he's been associated for 20 years. On a podcast, he spread vicious anti-Semitic tropes about Jews controlling everything, and asserted that Black people “are the true Hebrews” (Jesus, I knew he was a nut, but never envisioned him standing in Times Square dressed as a pharaoh until now). He also called white people evil and deficient ... yet I guess he figured he'd be able to espouse these, um, ideas and still keep a job with MTV?

Oh, but his Jewish business manager supports him, so I guess he's not anti-Semitic.

His response to his firing is classic, Kanye-esque (I betcha he supports almost anyone over Biden, BTW — Cannon years ago claimed Planned Parenthood was eugenics), narcissistic victimhood-embracing: