There is no society that can survive without strong men. The East knows this. In the west, the steady feminization of our men at the same time that Marxism is being taught to our children is not a coincidence.
It is an outright attack.

Candace Owens, who never passes up an opportunity to wage a battle in the culture wars, whined about Harry Styles wearing dresses for Vogue. According to her, society can't survive without manly men.

Candace Owens thinks men need to be "manly." Like her husband? Wow, the manliness is too much. pic.twitter.com/i3CyMHPIz9

ABOVE: I've had about 800 follows in a single day on my Gr8erDays IG — a huge and welcome surprise, as it's a lot of (fun) work. Join me. 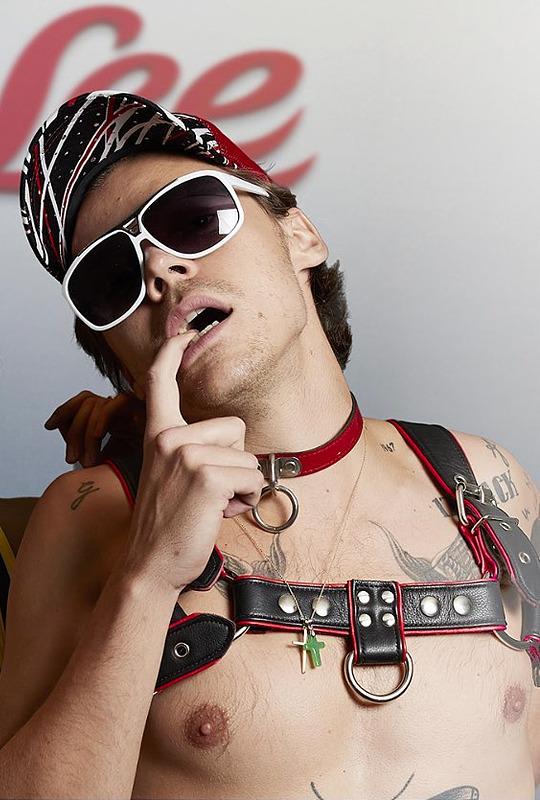 Didn't know in which direction to look ... (Image via NBC)

Some funny gay content and sexy boycake from Harry Styles on SNL last night — found him to be a hilarious host and comedic performer, and the Sara Lee skit is legendary:

Liam Payne shocked his fans by revealing his bare ass in a new snap by Mert Alas. Keep reading to ogle it ...

Posted at 12:15 PM in ENDS OF THE WORLD, GUYS, LIAM PAYNE, ONE DIRECTION, SHIRTLESS | Permalink | Comments (0)