Anti-Maskers Lay Siege To Trader Joe's, But IT'S NOT GONNA HAPPEN Comments (0) 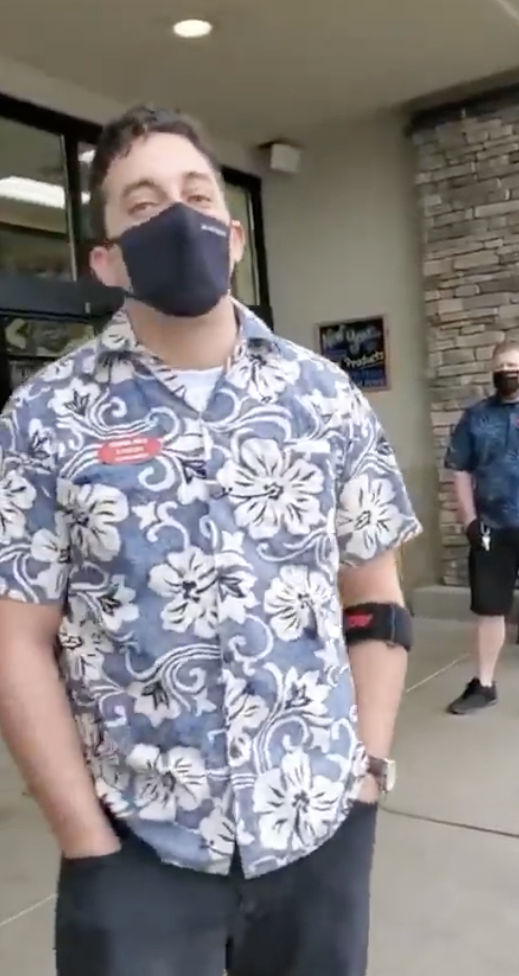 I would be bad at this job. (Image via video still)

My heart races watching this uber calm Trader Joe's manager having to interface with maskless harpies shrieking about the Civil Rights Act. All the same white assholes refusing to wear masks because RIGHTS are the same people who have for years been okay with NO SHIRT, NO SHOES, NO SERVICE signs, who support businesses being able to turn people away at will and who would be wildly in support of rules against entering a store wearing, for example, sagging pants ...

ABOVE: His best days are behind him.

BELOW: Keep reading for a big, naked brother; Trump's call for violence (and promise only he can end it???); a rare Kennedy loser and more ...

Looking For A Win On Law & Order, Trump Winks As Pro-Trump Militias Cause Violence In Portland Comments (0)

Perhaps the scariest part of this is that these people are just following the president of the United States orders. https://t.co/XAvPH6Aj9c

The best thing for protesters in Portland to do would be to stand down. A caravan of pro-Trumpers invaded their territory Saturday night, and they brought with them pepper spray and rubber bullets — and one person was shot dead.

Trump was awake early to tweet endlessly about the chaos ... caused at his own direction.