Patti LaBelle Had Words With Her Gay Republican Nephew Comments (0)

Last month, Patti LaBelle's gay Trumper nephew made headlines when he became involved in a deeply weird online mystery, in which he was apparently tweeting on behalf of a white Republican. 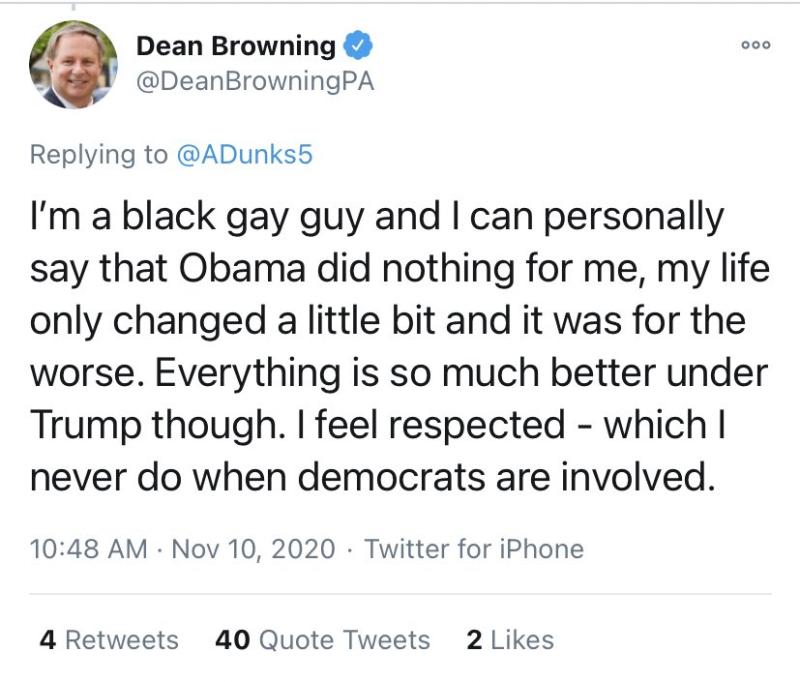 Said (failed) white candidate, Dean Browning, tweeted as a black gay guy who didn't respect anything Obama did in office, then deleted it and claimed he'd been quoting ... someone. The assumption was that perhaps he was pretending to be a Black gay Trump supporter on a different account and had mistakenly posted using his own, but then LaBelle's gay nephew Byl Holte came forward and said he had been the Obama hater.

The relationship between the men remains unclear, but it was a weird episode.

Now, LaBelle is opening up about the brouhaha to O Magazine, and she definitely sounds like the aunt you don't want to piss off.

In response to a question about her nephew, she says:

Guess what? I didn't choose my family. I choose my friends. I love Billy. He has a Republican mind. And, guess what? I don't. But do I hate him for having the mind that he has? No, I can't. [On the phone before her Q&A, he] was saying, “I love you and I'm so sorry.” You give people chances, when sometimes, they don't even know what they're doing or why. So I can't beat him up for the rest of his life. I decided to take the high road with him by letting him know that you make mistakes — but when my name comes in that mistake, that's a no-no. Certain things happen in life, and I just keep going on, because I love him.

This sounds like tough love! I bet that conversation wasn't warm.

ABOVE: Aretha Franklin atomic-shades Patti LaBelle at the White House.

Cheryl Merkowski's "Walls Fall Out" video is BEYOND:

The origins of "teenagers."

Out anchor Don Lemon in running to replace Piers Morgan.