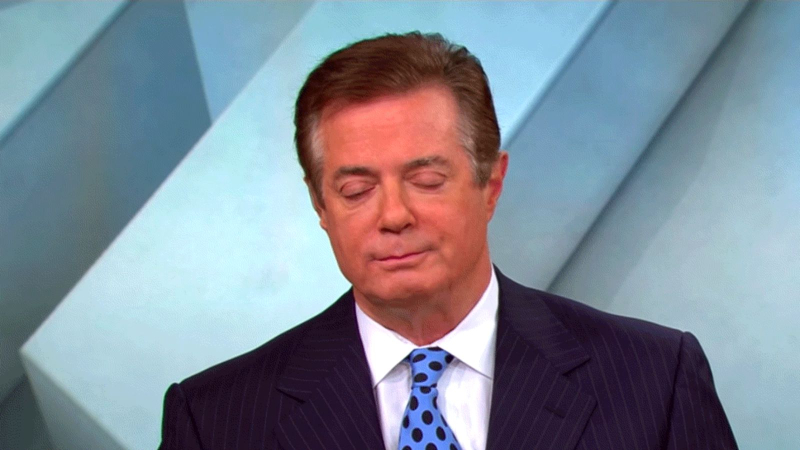 Manafort is screwed, no matter how you look at it. (Image via video still)

ABOVE: Bow to the Booty King.

I would love to see him die in prison. (GIF via GIPHY)

The Guardian has published a bombshell report that Paul Manafort — who yesterday was the subject of a complaint filed by Robert Mueller suggesting he has lied, violating his plea deal — secretly met Julian Assange of WikiLeaks infamy in the Ecuadorian embassy in London.

Paul Manafort, who has been praised to high heaven by Trump, has copped a plea in the Mueller investigation after successully cooperating with Mueller and providing  valuable information.

Gee, if Manafort is not as far up as it goes, wonder where this investigation terminates? Via ABC:

Wearing a blue suit in the federal district courthouse in Washington, D.C. on Friday morning, Manafort smiled and shook hands with his defense counsel before answering compulsory questions from the judge.

Prosecutors, who made a point of noting the activity occurred “at least through 2016,” used bank records and other documents to show what they say Manafort did to hide evidence of his work for Ukrainian politicians, hide millions in proceeds in offshore accounts, and then spend the money lavishly on clothing, luxury items, homes and cars.