ABOVE: Reminder from Kyiv drag queens that drag isn't deadly, but it's resilient. 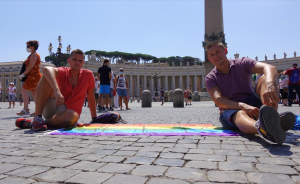 who have become among Poland's most prominent LGBTQ activists, spent the week at the Vatican trying to implore the Pope to aid the queer people of their country.

Their most dramatic effort was holding hands while holding aloft a huge Pride flag with the word HELP written on it.

Polish bishops called us pedophiles. They say that we are a disease and even COVID-19 is a punishment for the world for LGBT sins. Our local authorities, inspired by the Catholic Church, created in Poland LGBT-free zones. We believe that these actions don't go along with Pope Francis's teachings, and we did it to encourage him to act. 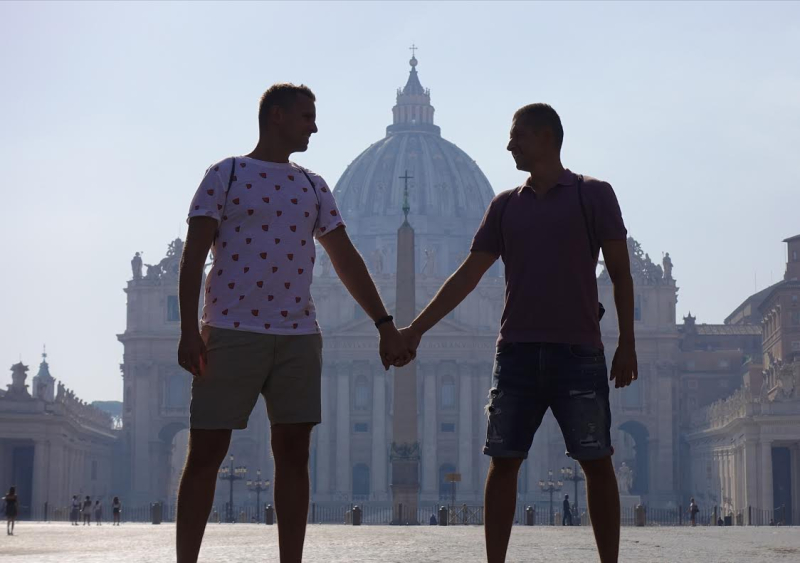