ABOVE: All the singlet laddies.

ABOVE: I'll take it.

ABOVE: I secreted a picture of Sting in his Dune scanties under my bed as a teen.

BELOW: Keep reading for a hot calendar, COVID kills 700,000, secession talk heats up and more ...

Gay Man Tells Mom He's Getting Married, She Tells Him He Is Killing Her Comments (0) 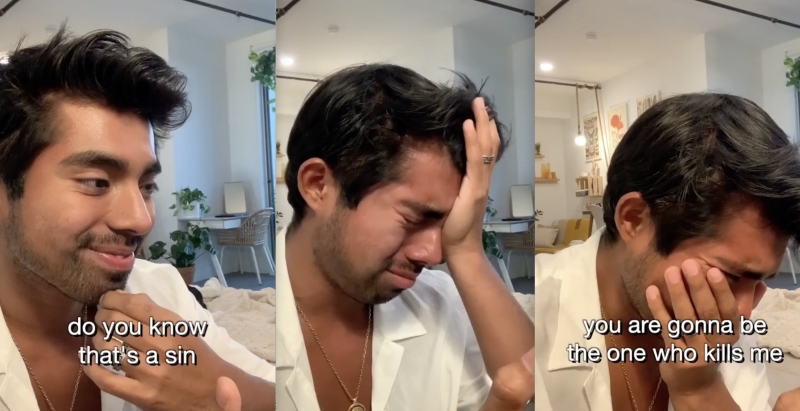 A gay TikToker shared an intensely private moment, but one to which many LGBTQ people can relate — he excitedly, nervously, told his superreligious mother he is getting married (to a man), only to have her rain biblical contempt upon him. She seems a totally lost cause — a Catholic, she even believes the Pope is satanic.

Among other things, which apparently took 21-year-old Henry Jimenez by surprise, she said:

I can’t believe you’re serious. Do you know that’s a sin in front of the eyes of God? ... You broke my heart in a thousand pieces.

Twisting the knife, she even told him that he would be the cause of her eventual death. (He's only 21, so this lady can't be near death unless she is gravely ill, so she has a lot of decades to torture him, sadly.)

Watch and listen below ...