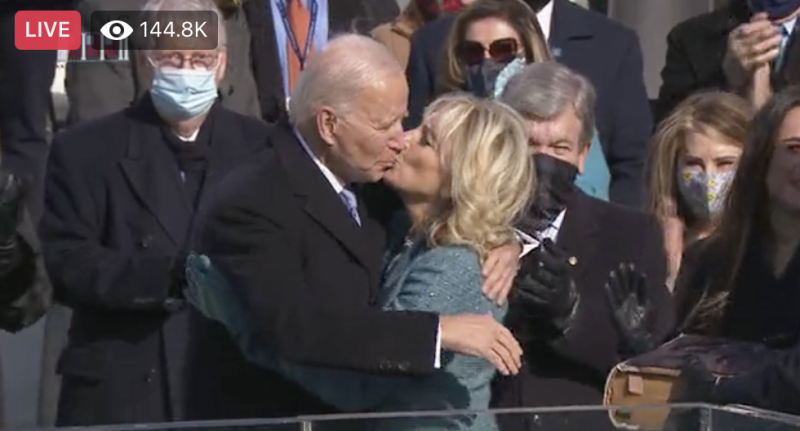 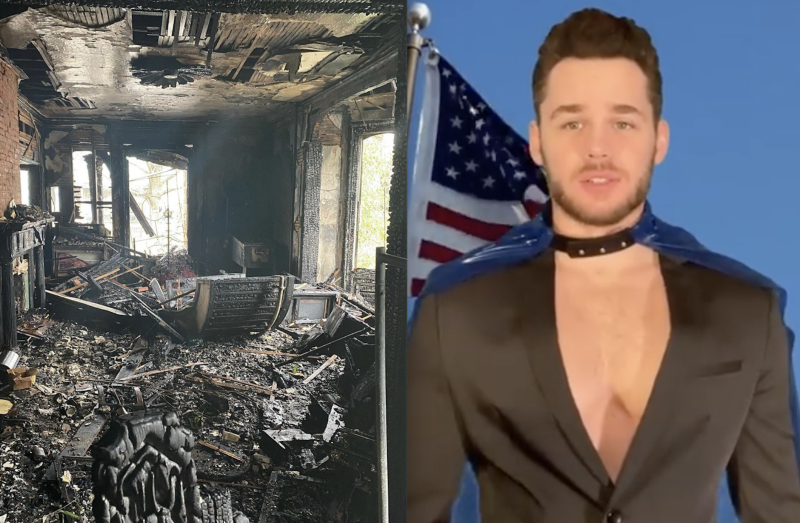 Camp has no personal possessions after the murder attempt. (Images via Instagram)

According to a pair of GoFundMe accounts set up to assist Camp and his roommate, Six Carter:

In the early morning of January 14, 2021, Matthew Camp's home shared with his friend Six Carter was targeted in an apparent hate crime where an unknown person poured gasoline on the front porch creating an explosion that woke Matthew up giving him moments to get himself and roommate out in safety.

The entire home eventually burned for 3+ hours leaving no personal possessions salvageable inside. Camera footage caught the attack (see below) and the perpetrator is being sought for attempted murder by the authorities.

Just an hour ago, Camp took to Instagram to alert friends and fans to the bleak situation, writing:

January 14, 2021. An arsonist poured gasoline on the front porch of my home and set it on fire in an apparent hate crime. I was asleep inside. I am alive to face this person one day but everything I have ever owned is gone. Share this story because queer people are still under attack all over the world. Our voices will not be silenced.

Right now I’m just living day to day trying to piece together what’s left. If you are able to help theres a link in my bio. Thank you for the love and support and continued fight to keep our queer families safe.

This was no ordinary home. Built over 100 years ago in Poughkeepsie, New York, the dwelling was known as “Halloween House” for its Addams Family look — and the fact that it was a hub for satanists. Formerly owned by Joe “Netherworld” Mendillo, who died in 2020, the home was known locally for its devilish decorations.

Those who took the time to research our religion learned that it is not devil worship but instead an atheist philosophy of individualism, liberty and self-fulfillment. Whether they felt sympathetic to those views or not, [Mendillo] was always gracious and offered people advice on gardening, home restoration and décor, among other topics. He was a knowledgeable man and generous to those requesting his informed perspective.

Isis Vermouth, a member of the Church of Satan, was less philosophical in her assessment:

Everybody’s in shock and everyone in the neighborhood is worried. Whoever did this is going to be hexed by all of us. Now there’s going to be hell to pay.

Camp had just bought the home in October. There are no leads other than the video (which shows a person covered head-to-toe), so there is no telling yet whether the home's notorious past or Camp's sexual orientation will wind up being factors.

Tragic — and such a close call for the two men inside.

Watch the video for any clues:

The Boy Who Would Not Die: An Interview With Doug Probst — And Shawn Mayotte Comments (0) 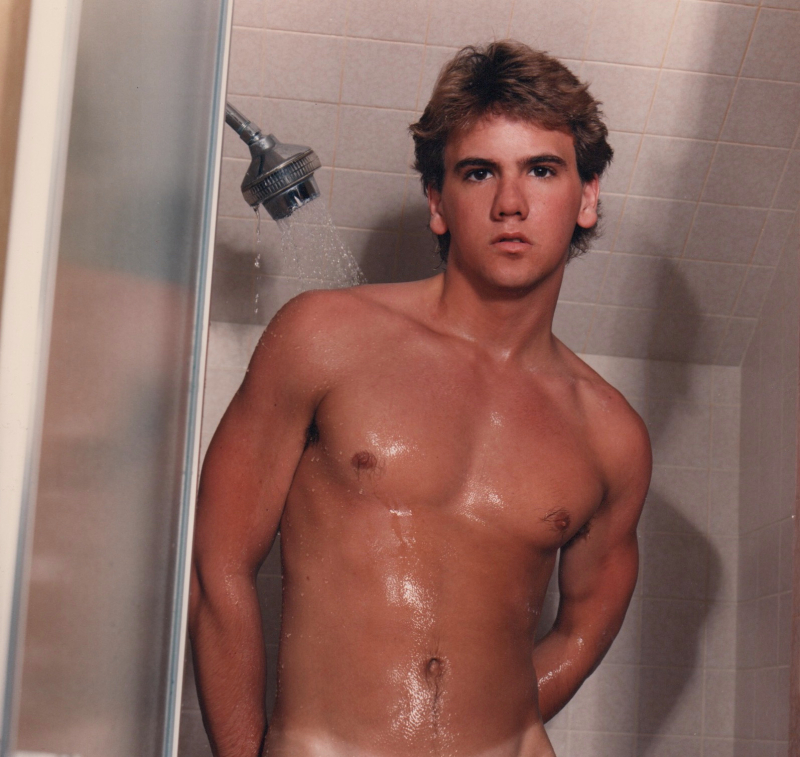 Shawn loved to be showered with attention — but it had a price. (Images by Kurt Deitrick)

Doug Probst is someone you might recognize under his professional name — Shawn Mayotte.

Since his heyday, Mayotte — now Probst — 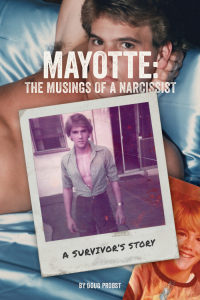 has survived unthinkable abuse at the hands of his parents and government officials charged with protecting him, HIV, drugs and a long battle with narcissism, a defense mechanism that allowed him to function when so many in his world were telling him he didn't deserve to live.

The result is a pair of confessionals. First up, available now, is Mayotte: The Musings of a Narcissist, a searing memoir that documents the abuse that challenged him in his early years, and is filled with fascinating remembrances of his clients, albeit some whose names have been changed. Following this no-holds barred autobiography, which is a classic survivor's tale, Probst will publish Shawn Mayotte After Hours: Naked & Unashamed, a coffee-table book filled with his sexiest poses from over the years.

Doug, now a musician, opened up so much in Mayotte, which I've read and recommend, yet generously did so again for Boy Culture's questions. He really is an open book. Two, in fact ... 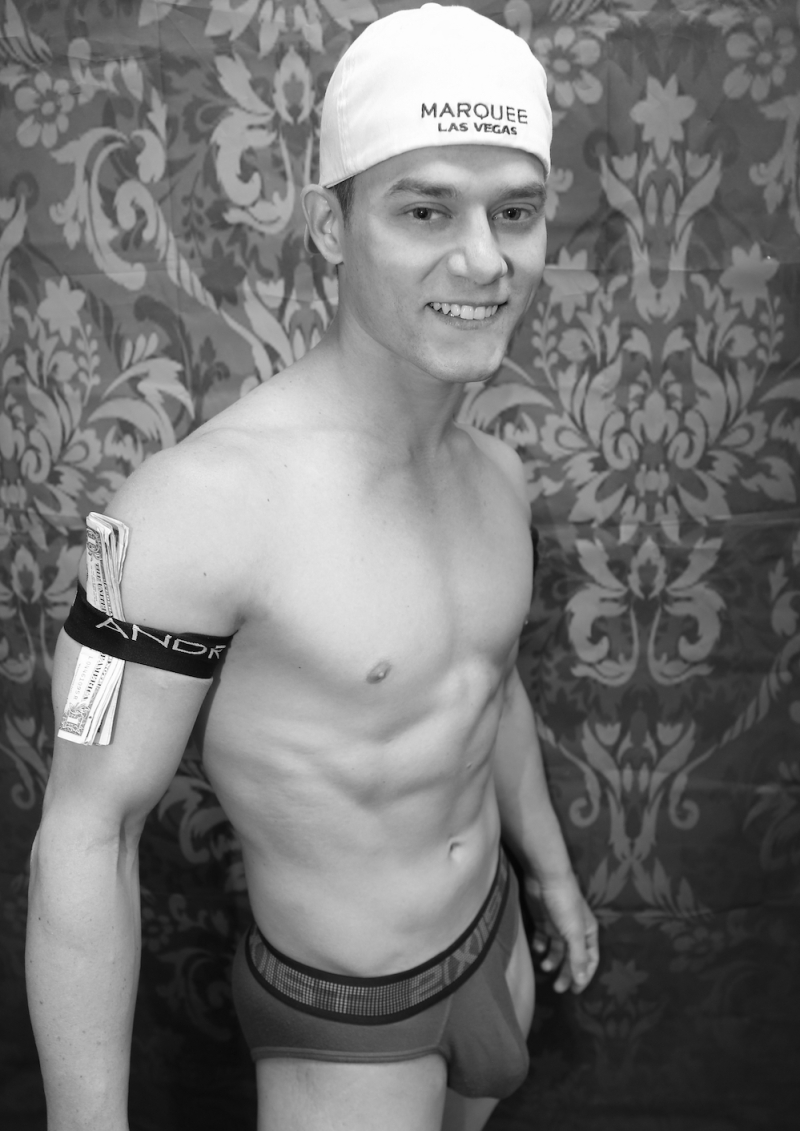 Jamie in 2014 (Image by Matthew Rettenmund)

I'm so sad to hear that Jamie Stroud — aka Chip Tanner of Randy Blue fame — died December 11 at his Las Vegas Home. He was 32.

According to his friend, who supplied the information, the death was ruled a suicide, but was really the result of an accident involving autoerotic asphyxiation. I am inclined to believe this having met Jamie, who was a quirky guy who struck me as delighting in being unique in every way.

I met him a couple of times via his work at The Adonis Lounge and found him to be so kind. Such a sad and early departure to report on a festive evening.

Much more at Str8UpGayPorn (WORK UNFRIENDLY).

My video featuring Jamie from six and a half years ago: