More on all the people who died the day of the Capitol coup attempt: 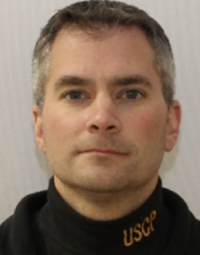 died after being hit in the head while engaging with the mob that flowed into the U.S. Capitol Wednesday. He was struck in the head with a fire extinguisher, rushed to a hospital and died after a short period of time on life support.

The NYT had a gut-punch header about him: “He Dreamed of Being a Police Officer, Then Was Killed by a Pro-Trump Mob.”

His brother told the paper:

Brian is a hero. That is what we would like people to remember.

Aside from him, four others died — but it's a lot harder to feel sympathy for them and their families. I have nothing but contempt for anyone who attempts to soften what they did. 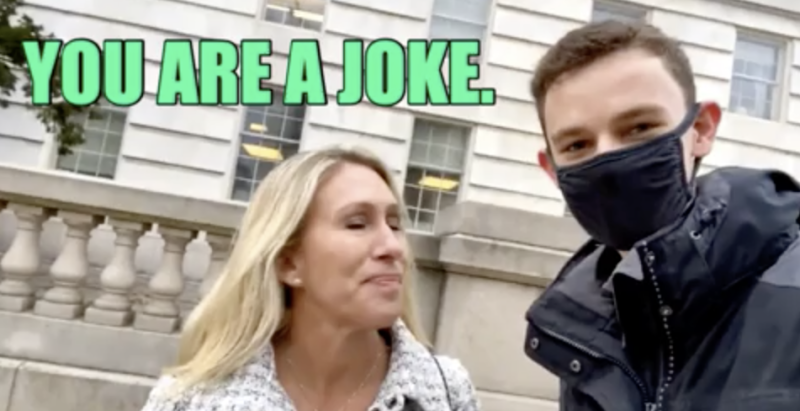 Telling it like it is. (Image via video still)

I love you, Noah Mitchell, for luring loon Rep. Marjorie Taylor Greene (QAnon-Georgia) in for a selfie, only to tell her she's a joke ...