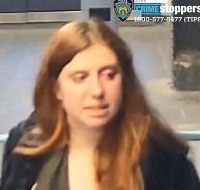 Lauren Pazienza, a 26-year-old events planner from Queens, has turned herself in to authorities in the shoving death of 87-year-old vocal coach Barbara Maier Gustern in NYC's Chelsea neighborhood earlier this month.

She was immediately charged with manslaughter and second-degree assault.

CNN reports Pazienza was tracked down to her parents' and aunt's homes on Long Island. After her father told cops she was not home, her lawyer later arranged for her to turn herself in.

It is alleged that Pazienza crossed the street toward Gustern, who it is said she did not know, called her a bitch and shoved her. Gustern, who was alert initially — later falling unconscious and dying in spite of surgery — described the attack, which happened when she left her apartment building to hail a cab.

Eyewitness Justin McNabney not only helped Gustern in her last moments of consciousness, he also saw the whole thing. CNN also reports:

After the attack, surveillance footage appeared to show Pazienza allegedly staying in the area for at least 20 minutes, McNabney said. Video appears to show her allegedly witnessing the ambulance arriving at Gustern's apartment about 13 minutes after the attack, he said.

I swear, I bet when Gustern walked out and looked for a cab she was shoved because the person who did it felt she was upstreaming ... unless the culprit is mentally deranged, and there is no indication Pazienza is mentally unstable so far, that makes the most sense to me, especially if they had no known connection.

In a twist sure NOT to help her case, Pazienza's lawyer is right-wing douchebag Arthur Aidala, who has represented ... Rudy Giuliani, Harvey Weinstein and Alan Dershowitz. 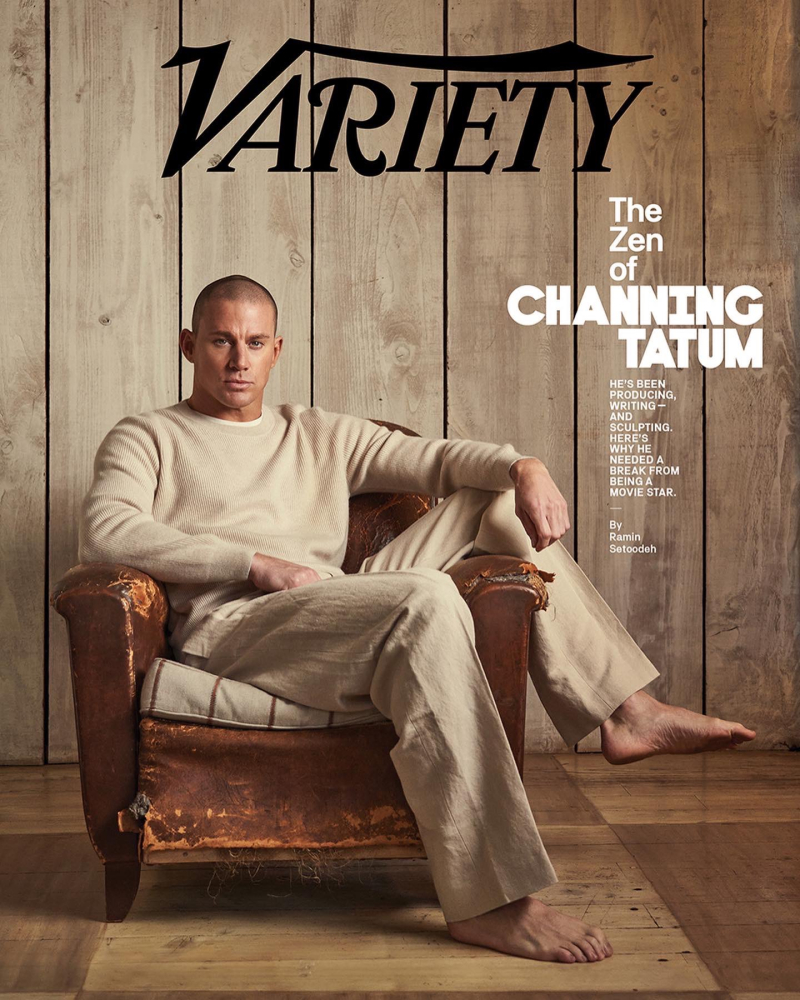 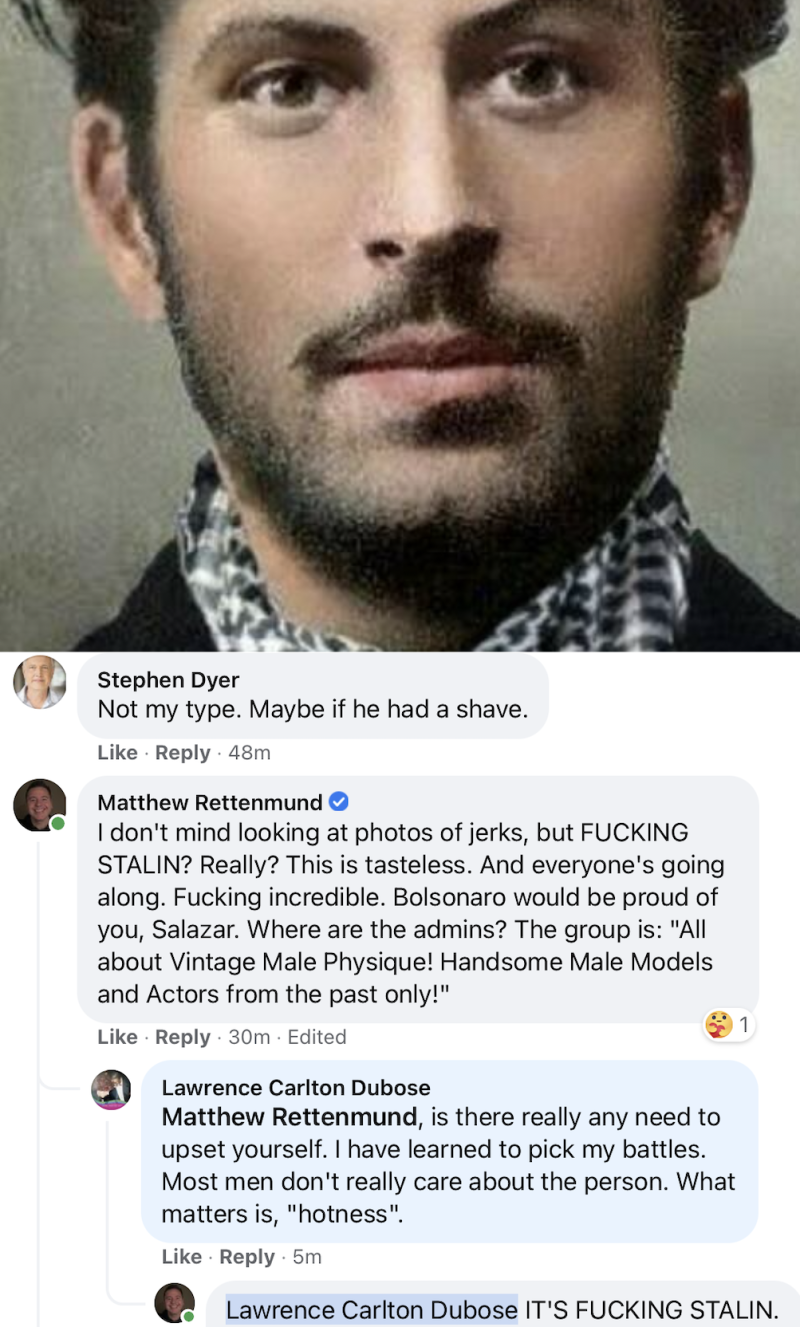 Does it really need to be said? Apparently so. (Image via Facebook)

ABOVE: I belong to a group on FB that encourages pics of pre-1990 hot models and actors, so of course some self-loathing gay posts Stalin and I get to see Stalin called a “vibrant stallion.” What is happening to gay men?

BELOW: Keep reading for two stars in extreme pain, Trump shouting out the Moonies, Rudy drunk again and more ...

BELOW: Keep reading for a gay trailblazer in the music world, Madonna's secret revealed, a bipartisan breakthrough in the Senate and more ...

ABOVE: Pose is over, but we'll always have Dyllón Burnside.

BELOW: Keep reading for gay-sex scenes of the year, a gay advice columnist makes good, Ellie Kemper confronts her 19-year-old mistake, how to support Pride and mental health and make a fashion statement at once and more ...

ABOVE: Even if you've never heard of him, come ON.

BELOW: Keep reading for the gayest house ever, BIG Nas X, the first Halston trailer and so much more  ...