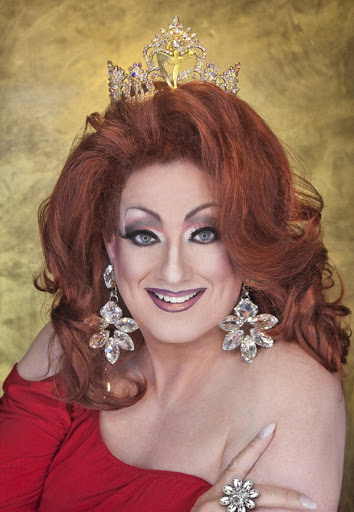 Shreves as Michelle McCausland (Image via Our Community Roots)

The McCloskeys' Rabbi-Next-Door: THEY ARE BULLIES Comments (0)

Patricia and Mark McCloskey, the personal injury lawyers who parlayed their racist, gun-totin' ways into a speaking spot at the Republican National Convention, have neighbor issues a little closer to home than peaceful BLM protesters — they have a rabbi-next-door who doesn't have their backs. 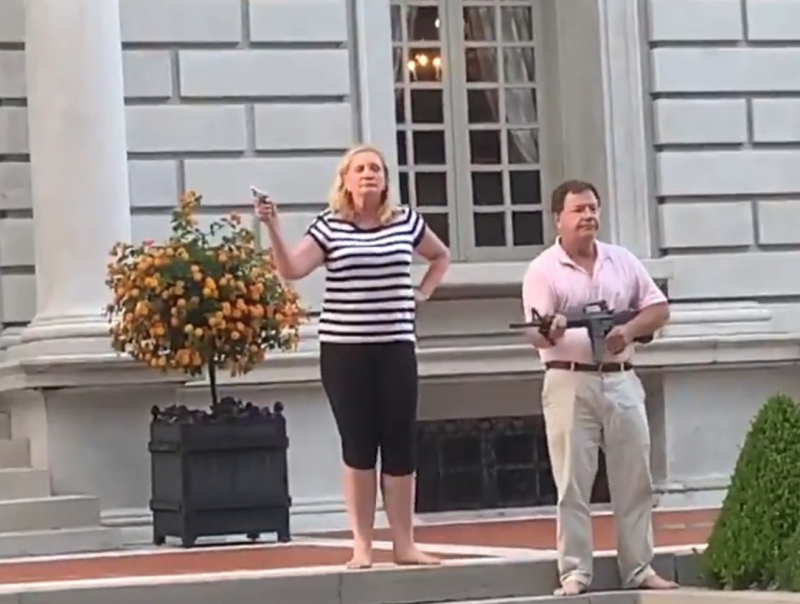 Yeah, she's definitely been trained on how to use that thing. (Image via video still)

Mark and Patricia McCloskey committed a crime when they ran out of their McMansion in St. Louis, Missouri, and pointed guns at passing BLM protesters — but don't expect them to be arrested or charged.

The well-to-do white gun-toters live in the tony Central West End gated community, and were ever so displeased this weekend to see a Black Lives Matter processional on its way to Mayor Lyda Krewson's house to demand her resignation. So, they hopped off the couch and ran outside, threatening the people — who clearly had no intention of going anywhere near their home.

A couple has come out of their house and is pointing guns at protesters in their neighborhood #StLouis #lydakrewson pic.twitter.com/ZJ8a553PAU

This gruesome twosome are personal injury lawyers. If you wanna visit their site, note that —like themselves — it is not secure.

Via The Riverfront Times:

The couple, personal injury attorneys Mark and Patricia McCloskey, shouted at marchers who seemed to be just passing through the gated community.

A video recorded by freelance photographer Theo Welling for the Riverfront Times shows Mark, dressed in a pastel pink polo shirt and khakis, brandishing a rifle with an extended clip while Patricia, wearing black-and-white-striped top with capri pants, casually holds a small handgun.

The protesters were walking to Krewson's house for a demonstration, part of the backlash the mayor is facing for broadcasting on Facebook Live the names and addresses of advocates for defunding the police department.

Multiple people marching tonight filmed the scene in front of the McCloskeys, and various angles show the couple sweeping their weapons in the direction of protesters who were standing on the sidewalk or walking past.

Jeez, the woman is on a board that reviews the ethics of other lawyers. Really?!

The reason for the protest was absolutely valid — the Mayor of St. Louis read the names and addresses of people calling for police reform on Facebook live, an appalling abuse of her office. Instead of meeting with protesters, she doxxed them. She at first stubbornly refused to apologize, even as the ACLU condemned her. Finally, she issued a tepid apology — and a vow not to step down:

I’d like to apologize for identifying individuals who presented letters to me at City Hall today. This was during one of my Facebook updates as I was answering routine questions. Never did I intend to harm anyone or cause distress. The update is removed and again, I apologize.