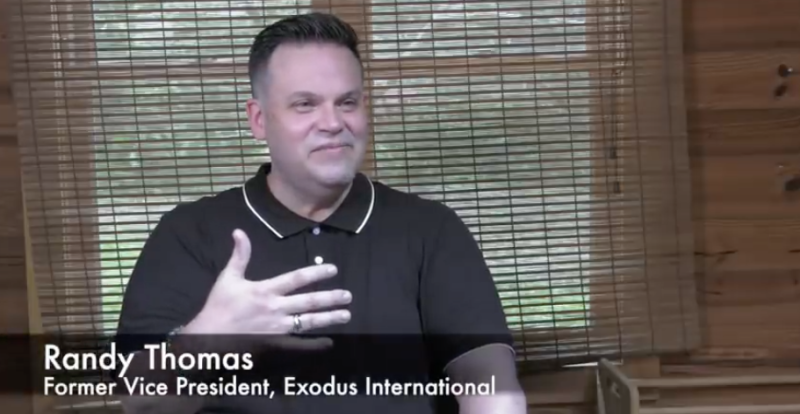 He's gay again, and en-gay-ged! (Image via Truth Wins Out)

Randy Thomas, who was once a vice president of Exodus International — the ex-gay group that shuttered in 2013 — is now a proud gay man, but only after years of smearing his fellow queers.

His video story is fascinating in that now that he's completely away from the anti-gay mentality, he freely admits to how drag queens and lesbians saved his life before he decided to become an Evangelical Christian and renounce his homosexuality.

He makes a good case for why we should forgive these people who have caused so much damage (spoiler: it all goes back to religion), citing all the damage he endured that created his former self ...